Going to See Mad Max is Like Going to the Temple 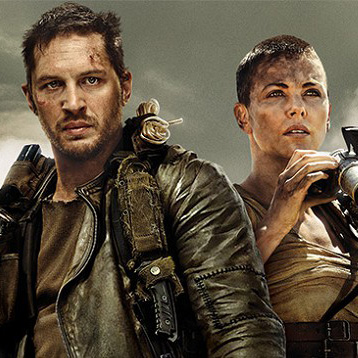 And I don’t really mean that in a good way.

It’s not that the movie was bad.  It was a bit absurd for me, but still a great action flick.

I’ve decided they just had an excellent PR team.  Because they knew that if you say something enough times, and give it enough buzz, people will believe it.  Like telling a child that a red drink is yummier than an orange drink, and so it never matters what flavor the drinks actually are the child always wants the red one more.

But it’s not. And after seeing it I can’t figure out why everyone thinks it is.

I mean, maybe because it has a female lead? It kind of does, although the story is much more Max’s than it is Furiosa’s.  But either way, it is so far from being the first action movie with a female lead.  Maybe it was because the storyline is about women escaping a cartoonishly misogynistic overlord?  Perhaps, but since they are saved by the men in the movie, it isn’t exactly an empowering storyline.  This movie didn’t actually portray women in a much different light than most action movies do.

But none-the-less, my Facebook feed is all full of people seeing the movie and coming away about how awesomely feminist it is.  And each time I see it I feel confused.  And disappointed, because movies that pretend to be feminist but actually aren’t are going to hurt the cause of equality more than help it.

Somewhere along the way I realized how familiar the confusion and disappointment felt.  And then a friend posted on Facebook about her recent temple trip and how happy it made her and I thought, “Oh yeah. That’s the familiar feeling.”

But it’s not. And after attending the temple many, many times, I can’t figure out why everyone thinks it is.  Heaven knows it isn’t the portrayal of women in “the movie.”

And it doesn’t matter how much good PR we give it, or how many times we say otherwise, the temple is still sexist.

Because women are not given an equal place.  They are servants to their husbands, and not partners.  Because Heavenly Mother is not mentioned at all, and so women actually have no understanding of what becomes of us after earth life.

When women go to the temple, and they come away talking about equality, I feel a lot of confusion and disappointment.  Because if we pretend there is equality there when there actually is not, nothing will get better.