The God of Lost Keys 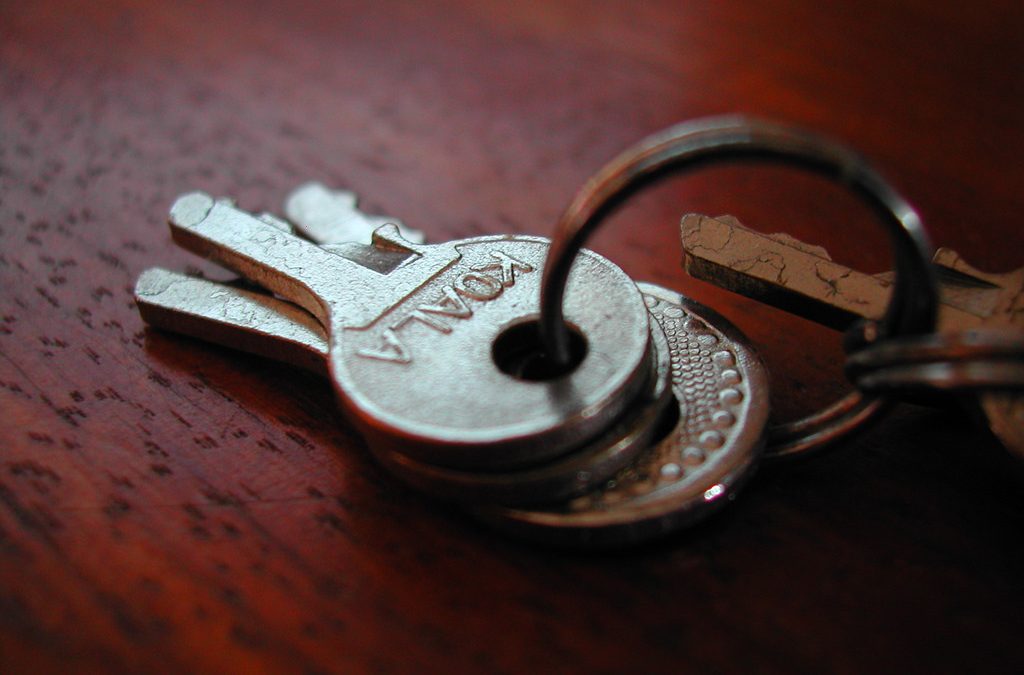 You needed to leave two minutes ago. You’ve searched frantically but can’t find your keys ANYWHERE. Seriously, this is getting ridiculous! You are going to be so late for that important event.

Then it occurs to you: you haven’t said a prayer yet. So you pause in your anxious search, breath, and pray. As you do, an idea or an image pops into your head, suggesting were the keys are. Sure enough, there they are!

You mutter a prayer of thanks and head out the door. When the next testimony meeting comes around, you share our gratitude for these small miracles and the confirmation that God hears and answers our prayers.

We Mormons believe in a God of Lost Keys: a God who cares about even the small inconveniences in our lives and is there to help. No request is too small for the God of the Universe.

Except, we also believe in a God of Cancer, who lets people suffer and die for no fault of their own. Sometimes I’ve heard both stories in the same testimony meeting: the miracle of the lost keys and the missing miracle of the family member taken by cancer.

That juxtaposition amplifies the question: If God cares enough to save us from the ‘agony’ of searching for our keys, why doesn’t God save from the true agony of cancer? Why does God let people suffer horrendous deaths that come through no fault of their own or anyone else’s? This isn’t a matter of preserving agency. This is about an area where God could exercise complete control and chooses not to.

That’s where I think our belief in a God of Lost Keys fails us. Because in our effort to reconcile that God with the God of Cancer, we too often judge people. We look for human causes that will answer our questions about God.

When my mom was dying of cancer, someone gave her a book or article they thought would offer consolation. It suggested that cancer is part of a divine plan. Specifically, it suggested that people get cancer because they are too good at offering service and need to learn to accept service instead. Basically, cancer is targeted to humble the proud and weaken the strong. She understandably found this offensive because it suggested that cancer was (depending on how you looked at it) a kind of punishment or reward for a life well-lived. As she wrestled with her own death and the impact it would have on her family (with children ages 11 to 22), she couldn’t fathom that outcome being commensurate with some personal earthly lesson. Frankly, death by cancer is a terrible way to learn any kind of directed spiritual message.

I don’t remember (and perhaps never knew) who gave her that message. I do believe they were trying to be helpful. They were trying to reconcile the God of Lost Keys with the God of Cancer Deaths. In doing so, they found it necessary to judge my mom. Whether their judgment was meant to be kind of cruel, condemning or praising, it was a judgment best left to Our Creator.

Can I suggest a better solution? Let’s lose the God of Lost Keys. He’s not helping us make spiritual sense of our world. A God who answers the tiny requests of Mormons at the drop of a hat would reasonably be answerable for all the natural disasters of the world. God would be on the hook for every death by disease that can’t be traced to human causes. He’d be a God that plays favorites – you get your keys and my mother gets to die, even though (or because?) she was one of the most charitable people I have ever known. It just isn’t logical, even in the logic of Mormonism.

This is not to say that prayer isn’t useful for finding keys. Anything that brings us to set aside our frustration for a moment will help us think more clearly. But let’s stop pinning that on God. He has enough on His plate.

Want to do something to help people whose challenges much are larger than lost keys? Please, please consider helping the Rational Faiths community provide for the nutritional and educational needs of children in need in the Ta Khmau area of Cambodia through the Liahona Children’s Foundation!