Is God liberal or conservative? – We ultimately Worship a Christ that reflects our own agenda. Ganesh Cherian muses about Politics and Religion as we Start our study of Ezra Taft Benson 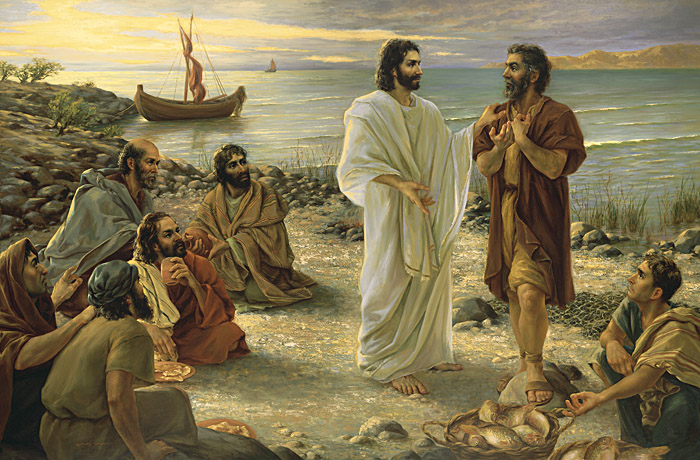 As we start a new year and focus on the teachings of Ezra Taft Benson, we will, despite the curriculum departments best efforts undoubtedly get into a bit of politics. President Benson had some strong conservative views and talking about them might lead to some lively debate. Discussions involving politics and religion are always fraught with danger. We understand the world and how we should live, so differently depending upon our experience and upbringing. And we get pretty defensive that our viewpoint is correct. Over time we often gravitate to people and discussions which confirm our bias and which in turn makes us more certain.

Coming from outside the United States and living in Wyoming during the 2012 Presidential race I was fascinated by the intersection of religion and politics in the Mountain West.

Wyoming is completely Republican, no one even seemed to contest the State. So I was intrigued when I heard on the radio that a democratic candidate for senate was coming to my small town. I was especially interested to see if any members would turn up.

The gathering was small, and disappointingly no one I recognized. If there was a Mormon among the group I was unaware of them. The Candidate from Casper spoke and gave a stirring platform for his belief, and as he recited his background and credentials I knew instantly this man was a member!

How curious, a Mormon democrat in a predominately RED state running for office! Even more curious, not a single other member there to support him. Aren’t we of the same belief? How do we get such divisions in ideology when we ascribe to the same Christ as our exemplar?

In Mormonism there is great confidence placed in ‘The Two Great Commandments’ to guide us. The new Ezra Taft Benson manual this year starts of with a lesson on ‘Love the Lord’. Together Loving God & Loving thy neighbor take the Law and the Prophets of the Old Testament and seek to condense all the commandments to these two easy pillars. Yet in practice these standards reveal a deep ideological divide, interpreted differently depending on your political leaning. When they contradict each other, there is a fight for which one gets pre-eminence.

For conservative mormons most often they ‘Love others’ by ‘Putting God and His commandments First‘ – Loving God therefore takes precedence. –  “When we put God first, all other things fall into their proper place or drop out of our lives. Our love of the Lord will govern the claims for our affection, the demands on our time, the interests we pursue, and the order of our priorities. We should put God ahead of everyone else in our lives.” ETB

For liberal mormons they most often interpret Loving God in how they treat others, and so Love for one’s neighbor determines and exemplifies Love for and connection with Deity. – “It is the pure love of Christ, called charity, that the Book of Mormon testifies is the greatest of all—that never faileth, that endureth forever, that all men should have, and that without which they are nothing” ETB

So when the behavior of someone we care about is in conflict with our religious society we react in quite different ways depending on our personal and often political philosophy. For instance: If a child comes out as gay; some parents kick them out of home, reasoning ‘Loving God & Keeping His commandments’ comes FIRST, they must take a stand for righteousness, and give suitable incentives for correction. For other parents they support their child, ‘Loving their neighbor’ also means their kids and they seek to advocate for them in a community that might be hostile or wary.

This is not some religious anomaly – this disparity is justified throughout the scriptures and certainly the Gospels.

The Conservative Christ, drove the money changers from the Temple, advocated division in families, taught allegiance to himself above all other relationships, deferred to Gods authority, held others in contempt, rode through the streets triumphant as King, rewarded the obedient, prepared mansions for the faithful, took the talents from the lazy, separated the wheat from the tares, and vocally judged others.

The Liberal Jesus, succored the poor, left the majority, sought for the lost, fed the hungry, challenged civic and religious authority, bade the rich man to give away his fortune, forgave the unworthy, showed great compassion, welcomed the prodigal son, broke unjust laws, advocated for the marginalized, lifted the weak and downtrodden, befriended the outcast, taught love one another, and if you do this to others, you do this to me.

Because of this, depending on your lean, you can get quite a different message from the same events in the New Testament. Christ’s parting command to Peter on the banks of Galilee to ‘Feed my sheep’ is one such example- for conservatives’ this may mean missionary work, converting people to keep the commandments of God – and to liberals it’s a charge to seek out the poor and needy and administer relief. We ultimately Worship a Christ that reflects our own agenda.

Of course, those who promote judgment recognize the need for compassion, and those who seek relief understand the importance of justice and order. But is it any wonder that when members on opposite ends of the political spectrum talk, that they often speak passed each other. As Disciples of Christ we could be following quite different versions of Jesus.

When we understand the root of our religious-political differences is set in our allegiance to one of the Two Great Commandments, we can begin to reconcile why someone who sits next to us in church can have such a dissimilar opinion of the Gospel and its implications. That said I hope that we can be sensitive to another’s perspective as we champion ‘our’ particular Christ and ‘our’ corresponding Christlike mandate.

In Wyoming as the presidential race came to an end in late October 2012, Hurricane Sandy hit the East Coast with a vengeance. Humorously I urged my republican mormon friends to consider Obama as an option. Natural Disasters always favor the incumbent – God had spoken with power… we should all align our vote!

Funnily enough I don’t think anyone changed their mind…. Apparently acts of God are only worth adhering to when they prove your already established viewpoint!

Ganesh lives in Wellington, New Zealand, with his American spouse and 5 boys. He grew up in the gospel, and served a mission in Auckland. He is a former Bishop, Seminary teacher and has served in most areas of the church. Ganesh holds degrees in Psychology, Commercial Law and Accounting but is particularly interested in Philosophy and the power of story telling. Ganesh travels extensively exploring the world and its amazing people.

All posts by Ganesh Cherian