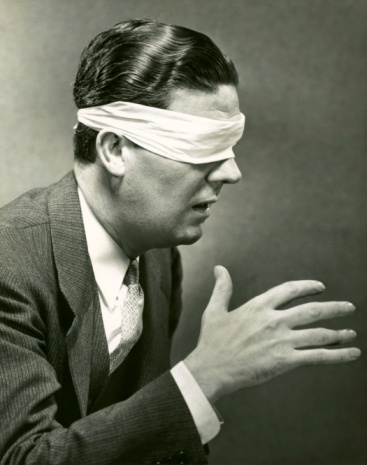 I don’t think anyone can avoid searching for spirituality at some point in life. Religion may turn many people off the path and they may spend much of their lives and energy avoiding further contact, but there seems to be something built in that compels the quest.

For those of us who are familiar with the pursuit, Fowler’s Stages of Faith offers a valuable insight into the psychology behind the drive.

James Fowler is an American professor of theology. He was born in Reidsville North Carolina in 1940, to a Methodist minister. Fowler has since followed in his fathers footsteps in this regard. He graduated from Duke University with a BA in Psychology, then went on to earn a Masters from Drew Theological Seminary, and a Ph.D. from Harvard in Religion and Society. He pursued post-doctoral studies at the Center for Moral Development at the Harvard Graduate School for Education. He is a prolific author, contributing to many research projects as well as publishing several books of his own. He has taught at Harvard Divinity School, Boston College and Emory’s Candler School of Theology. His best known work is the book “Stages of Faith: The Psychology of Development and the Quest for Meaning”

In the book, Fowler suggests six (seven, including stage 0) developmental stages that most humans will begin to move through as their faith develops. Not everyone will make it all the way through, many stall out in the early stages, but for those intent on pursuing the development of faith, Fowler’s stages provide a way to see the path. He doesn’t seek to instruct the faithful but, simply, illuminate the pursuit. Movement through the first two stages tends to happen naturally, stage three happens with help, but movement between the last three will require conscientious choices and intent. So here they are:

Stage 0 – “Primal or Undifferentiated”faith (birth to 2 years)
Characterized by an early learning of the safety of their environment (i.e. warm, safe and secure vs. hurt, neglect and abuse). If consistent nurture is experienced, one will develop a sense of trust and safety about the universe and the divine. Conversely, negative experiences will cause one to develop distrust with the universe and the divine. Transition to the next stage begins with integration of thought and languages which facilitates the use of symbols in speech and play.

Stage 1 – “Intuitive-Projective” faith (ages of three to seven)
Characterized by the psyche’s unprotected exposure to the Unconscious, and marked by a relative fluidity of thought patterns. Religion is learned mainly through experiences, stories, images, and the people that one comes in contact with.

Stage 2 – “Mythic-Literal” faith (mostly in school children)
Stage two persons have a strong belief in the justice and reciprocity of the universe, and their deities are almost always anthropomorphic. During this time metaphors and symbolic language are often misunderstood and are taken literally.
Stage 3 – “Synthetic-Conventional” faith (adolescence; aged 12 to adulthood)
Characterized by conformity to religious authority and the development of a personal identity. Any conflicts with one’s beliefs are ignored at this stage due to the fear of threat from inconsistencies.

Stage 4 – “Individuative-Reflective” faith (usually mid-twenties to late thirties)
This is a stage of angst and struggle. The individual takes personal responsibility for his or her beliefs and feelings. As one is able to reflect on one’s own beliefs, there is an openness to a new complexity of faith, but this also increases the awareness of conflicts in one’s belief.

Stage 5 – “Conjunctive” faith (mid-life crisis)
A person acknowledges paradox and transcendence relating reality behind the symbols of inherited systems. The individual resolves conflicts from previous stages by a complex understanding of a multidimensional, interdependent “truth” that cannot be explained by any particular statement.

Stage 6 – “Universalizing” faith, or what some might call “enlightenment.”
The individual would treat any person with compassion as he or she views people as from a universal community, and should be treated with universal principles of love and justice.

So where do you see yourself? Where would you like to be? How do you get there? Fowler doesn’t even attempt to suggest.

Stage 0 – I was born to faithful parents. By faithful, I mean they were intent on pursuing the development of their faith. They were also good parents. I learned to trust and I developed a foundation of safety that allowed me later, to search from a place of security.

Stage 1 – My parents and primary teachers told me stories. I believed them. They made me feel good. I grew more secure.

Stage 2 – I began to develop a relationship with the institution of the Church, through my teachers and leaders. That relationship was based on the personal relationships I had with them as individuals. The stories began to include a rudimentary understanding of history.

Stage 3 – I completely trusted my parents and leaders, and by association, The Church. I didn’t suspect any motive for deceit, and so, I headed out on a mission. I got a little peek behind the curtain.

Stage 4 – I felt good about my personal (non-conformist) choices but leaders told me they were wrong. Rift. I learned aspects of Church history that conflicted with my personal experience and feelings. Rift. I continued in faithful belief and pursuit of further understanding with mixed results, but I collected a group of friends that shared my alternative faithful view. Mend. I personally witnessed church members whom I had judged to be faithful acting against principles, which I perceived to be correct. Rift.

Crisis! Many will experience a crisis at this point, a “Dark night of the soul”

“They see the dark night of the soul as calling into question their entire spiritual journey up to that point. They believe the reason for the dark night is not the call of God, but the failure and the error of the religious institution that they aligned with in stage two. The shattering of spiritual confidence that comes with the dark night can bring great disillusionment regarding the confidence of stages two and three. And this is normally a healthy thing. But the dark night results in a side-step if one gives up all that one believes in or abandons one’s spiritual heritage in the illusion that some other institution will not have similar spiritual flaws. I don’t mean to imply that it is never spiritually productive to change religions, but that one must do so for the right reasons. Perhaps a quarter of pastors, in my experience, leave the church during the dark night because they can find no suitable mentor, and interpret God’s call as a call to leave one faith for another or leave the faith entirely.” 1

Stage 5 – I released it all. After a crisis of cognitive Dissonance between four and five, I couldn’t continue in the same routine. Release was instant relief. Many of the same principles remain, but I no longer cling. Sometimes I slip back into four and, in my anxiety, I long for the assurances of three but there is no going back. There IS getting stuck, though:

“There are…places where people can get stuck and stop growing spiritually. Stage four people can get stuck wallowing in negative thinking or discouragement. They are sometimes consumed with self-assessment. They spend huge amounts of time journaling, processing, and in self-absorption. They may be constantly wondering why and never finding answers. They may even enjoy the sense of spiritual ambiguity (this can drive their friends crazy). They feel that no one understands them (and sometimes they are right). They can become immobilized by the struggle. There is a doubt that leads to faith (the true stage four experience), but there is also a doubt that leads to more doubt.” 2

Stage 6 – is tricky. It’s what the faithful are striving for. It is enlightenment, harmony, justice and unity on a personal level, and a desire to bring it to all. Few will ever achieve it fully but those who earnestly desire may experience it in small doses. I have a foot in stage six with my family. I want them to find spiritual fulfillment and I am willing to make personal sacrifices for them. On an intimate level, we live the law of consecration, we serve each other and love each other more than anyone else in our worlds. That will change as the children grow, but the patterns of behavior are being established. Sometimes I can feel stage sixness for other people, but sometimes I think they are idiots and I’m back to four. I don’t have a realistic hope of achieving six any time soon, but I’m trying to stay facing that direction.

So, what about The Church? Can an institution move through stages of faith? Perhaps, but not faster than the bulk of it’s members, even if its leaders are in advanced stages.

“What is a religion, or a religious institution? Religious institutions are a human response to the perception of God’s work in the world. The institution is created out of that awareness (stage one?) and is intended to promote the work of God on earth and help people learn and grow in their knowledge and experience of God (stage two?). New religions are God-focused and God- honoring. But over time they become more and more occupied with self-preservation. The natural selfishness of individuals has its counterpart in corporate selfishness. Institutions become less and less about God and more and more about preserving the existence of the institution. This is rarely by anyone’s intention, it seems to be a natural process that happens over time. Although religious leaders can be perverse, it usually seems to happen in spite of the best intentions on the part of leaders.
In a real sense the question is whether any religious institution is capable of growing past stage three, the success stage. In the success stage the institution grows in numbers and financially. It expands its operations and becomes an “empire.” The bigger the institution becomes the more it can do for God, so growing and preserving the institution becomes increasingly the focus. But in
order to move beyond this corporate focus a religion would have to go through a dark night of the soul, which would likely result in the destruction of the institution, at least in the form that people have grown accustomed to. Has any religious institution ever found life by dying? Has any religious institution ever “taken up the cross” in the full implications of that term (Mark 8:34-38)? I’m not sure any matured religious institution has ever done that (the early church of the New Testament made great strides in the bloom of the initial romance with Jesus, but in the second century that quickly faded).
So as a rule, religious institutions inevitably get stuck in stages two or three. People who experience the dark night of the soul and enter stage four and beyond inevitably feel more and more out of synch with the religion they are part of.
…Don’t abandon your community because you no longer seem to fit…you can be true to yourself and still serve an institution that is imperfect.” 3