Flexibility: The key to faith? 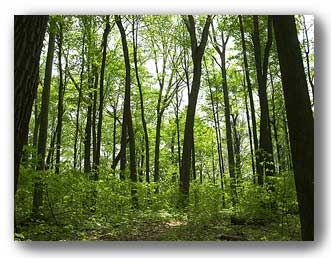 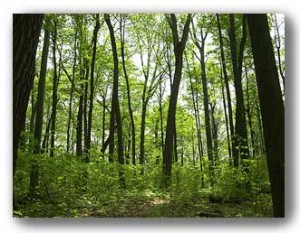 I live in Northern Virginia, so I am surrounded by lots and lots of trees. My house is in some woods that are quite dense, which means the trees are tall and the trunks are thin. We get some pretty exciting thunderstorms around here, and even the occasional hurricane, so I have seen these trees swaaaaaaay. Oh boy, have I seen them sway! Sometimes I fully expect their very tops to touch the ground and then slowly lift back up into the sky.

Can you imagine if these trees weren’t flexible? With their height, the slightest breeze would snap them all in half, halting their growth for good as they crashed to the ground. Indeed, they wouldn’t even have survived long enough to grow to their current heights.

My natural tendencies are dangerously rigid, so it makes sense that my faith would be as well. It’s just a part of my personality that I am constantly trying to temper. Some people look at my story (super Mormon girl turns agnostic after a run-of-the-mill life tragedy) and conclude that I must not have had a “real testimony” in the first place. After all, when my faith was tested, it couldn’t stand up against the heartbreak, confusion, and questions.

I maintain that my faith was quite strong before tragedy crumbled it into a heap of hopelessness. My faith was very strong…but rigid. So when the winds of devastation and doubt came, my tree just snapped. Its roots were deep and well-nourished–it was a strong tree. But none of that mattered, because it couldn’t sway with those winds.

I propose that the key to keeping your faith at all is keeping it flexible.

Well, when something hurts, or doesn’t make sense, or doesn’t fit with new information or experiences, blind/simple/unthinking faith shrugs its shoulders and recites platitudes. “Everything happens for a reason.” “He’s in a better place.” “Maybe God is just testing my faith.” Unthinking faith doesn’t like to feel too much. It’s easier to just accept what he’s been taught until his questions don’t bother him anymore. Unthinking faith is like a perpetual sapling in the woods–wind can’t possibly damage it, but it never grows or matures.

Rigid faith, when it can’t answer the tough questions honestly, starts to believe that maybe faith doesn’t have the answers. Maybe he was wrong all along.

But flexible faith shelves its unanswerable questions, or maybe even tweaks itself a little so that its possessor can keep a handle on it. He doesn’t shrug off his confusion, but he doesn’t toss his faith out the window. Not yet. It’s just…”on hold” for the time being. Or perhaps the hoper learns to look at the question in a different way. Maybe this new information or experience can actually illuminate the gospel principle in question, rather than obliterating it altogether. Or maybe not.

Flexible faith doesn’t take everything quite so literally, or even in the way things have always been taught. It considers other interpretations.

Flexible faith loves a good bargain. “Well, this principle makes little to no sense to me, but I’m going to keep practicing it because I value what I receive in exchange.” Flexible faith chooses to obey the Word of Wisdom, even if it makes no sense to him and kinda cramps his style, because he values the opportunity to attend the temple with his wife. Flexible faith attends his meetings, even if he feels bored sometimes, because he values the sense of community he achieves by being consistent. Flexible faith teaches his children the principles of the gospel, even if he’s not completely sure of them, because he believes that such teaching will make his children better people. Flexible faith hopes for unbelievable doctrines (like that of the atonement or eternal families) to be true, because he likes the idea of having a plan that will right his wrongs and fill in the gaps of his imperfection. He likes the idea of his family relationships continuing in another life–it’s much better than the idea of being cut off from his loved ones at death. It doesn’t make much sense in light of what he knows intellectually, but he hopes for it anyway, rather than rejecting it altogether.

Flexible faith remembers that, even though religion often makes no sense, science is wrong a lot, too. Science recants. Often. Flexible faith realizes that there is no way to definitively answer these big questions in the affirmative, but neither is there any way to definitively disprove them. So it keeps hoping. It shelves its questions and revisits them regularly, but it hopes. And it hangs on. It bends with the wind instead of rigidly resisting it.

And in so doing, it continues to grow.

Adrienne Rivetti Jensen is a homeschooling mom of three in Reston, Virginia. She is an openly agnostic Mormon, making her way back to activity after a six-year absence. Adrienne blogs in a shamelessly honest fashion about her faith issues, her desire to be active in the church, and her reconciliation of it all at AgnosticMormonMom.blogspot.com.

All posts by Adrienne Rivetti Jensen