“Finding One’s Own Well From Which to Drink” 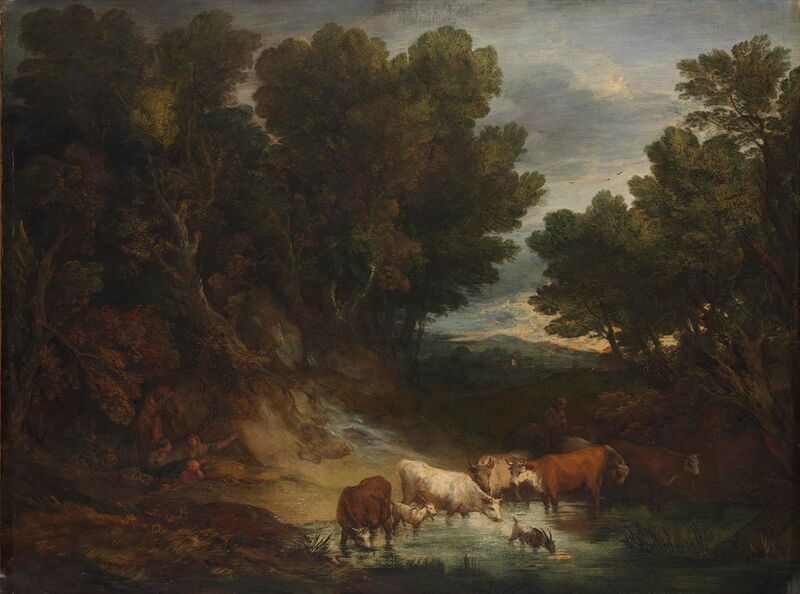 “… spiritual strength requires finding one’s own well from which to drink. We should recognize, first, that we are responsible for our own spiritual diet, and second, that sources of inspiration are sprinkled indiscriminately throughout time and place.” Crucible of Doubt, page 98

Progressive Protestant Christianity. I’m thinking specifically of the likes of Rachel Held Evans, Rob Bell, John Pavlovitz, and others. In their books and blog posts, these authors present an exciting, inclusive, and progressive version of Christianity. They offer reflections on the wrestle of faith and doubt and offer advice on how to “make it work” in a church community when you’re operating in a different spiritual paradigm than most others in your congregation. Rachel Held Evans’s works can be found here and here and I can especially recommend her latest book Searching for Sunday. I’m also a big fan of several of Rob Bell’s books and podcasts. Two of my favorites are Love Wins, a book that presents an “almost” theology of Christian Universalism (which appeals strongly to me), and What We Talk About When We Talk About God which (among other things) brings a discussion of quantum mechanics to bear on how God might interact with the universe. Also, many are also familiar with John Pavlovitz’s blog which I nominate for honorary Bloggernacle membership.

Anglicanism/Episcopalianism. Over the past few years I started visiting other churches on occasion to see what they were like. I went to Catholic mass, an Evangelical worship service, a Presbyterian worship service, and took a tour of a mosque. Each of these visits defied stereotypes and showed me just how similar are the some of the various expressions of the Abrahamic religions. It was during a visit to a regular Sunday Episcopal church service, though, that I had a profoundly impactful spiritual experience. Since then, I’ve started visiting Episcopalian worship services every now and then. I’m a sucker for High-Church liturgy and ritual and the sermons usually reflect the Episcopal Church’s 20th-century move in a more theologically liberal/progressive direction. Also, (in classic Mormon tradition!) I can bear my testimony that I have felt God’s Holy Spirit as strongly receiving the Eucharist from an ordained female Episcopal priest as I ever have taking the sacrament in an LDS Sacrament Meeting.

I also have found various Episcopal-sponsored devotional materials (like this and this) to be useful and uplifting in my personal study and devotional reading. The Episcopal liturgical genre has also inspired the “Mormon Lectionary Project” which is another fantastic devotional resource that combines the Anglican liturgical style with Mormon theology and scripture. (I note with hearty approval that the MLP logo is a combination of the Episcopal shield and Mormon beehive!)

In my view, the Episcopal Church (like many Mainline Protestant churches) reflects more of a “Stage 4” or “Stage 5” approach to Christian faith which makes it edifying for individuals in those same stages of faith progression. While of course I remain an active and regular member of my local LDS congregation, occasional visits to the local Episcopal church services have lately become an integral and edifying part of my “spiritual diet.”

The Christian Liturgical Calendar. In the spring of 2014 I came across Eric Huntsman’s “LDS Seasonal Materials” blog. I was intrigued about the idea of observing “Holy Week” days like Palm Sunday, Maundy Thursday, and Good Friday (which, as a Mormon, I had only a passing familiarity with since we formally recognize only Easter and usually are watching General Conference that day anyways…). So I used Bro. Huntsman’s materials to prepare a Holy Week observance for my family, including our daughter who was five years old at the time. We used construction paper to make palm leaves on Palm Sunday and watched movies online about the last week of Jesus’s life while reading the corresponding scriptures together as a family. It was a lot of fun and I was surprised to find that it produced a “spiritual high” in my life that lasted for a number of weeks afterwards. Ever since then, we’ve made an effort as a family to make a deliberate and intentional effort to observe Lent, Holy Week, Pentecost, and Advent seasons, adapting the resources in Bro. Huntsman’s blog as appropriate. These have been faith-building experiences for us and I hope they will continue as family traditions for many years to come.

Christian Mysticism. In essence, Christian Mysticism is the focus on personal direct spiritual experiences with the Transcendent, often through individual contemplation, prayer, and/or meditation. The emphasis on personal, individualized spiritual experience tends to take priority over the particulars of religious dogma, doctrine, or theology in this tradition (see here, here, and here for more information). I first encountered Christian Mysticism through Terryl and Fiona Givens’s introductory chapter to Crucible of Doubt which makes reference to Julian of Norwich, a 14th-century mystic anchoress who received a series of visions of God’s love for all of humanity and creation. I was intrigued so I read her book Revelations of Divine Love which immediately became scripture to me in my life.[2] This led me to read others in the mystical tradition, including Teresa of Avila and Thomas Merton. As an introvert, approaching God through internal experiences strengthens my spirituality more strongly than approaching God through interactions with others in a religious community (while contemporary Mormon culture is strongly biased toward the latter over the former, see here and here).

Buddhism. I was born and socialized in a Mormon culture steeped in 20th-century American Progressive Era values. This resulted in me spending most of my life internalizing the norm that personal virtue is directly measured by how much I accomplish, “being anxiously engaged,” and always trying to do more and better, whether it be in my religious, work, or family life. (Serving a mission with its highly structured and intensive goal-setting and goal-achieving mindset only intensified the internalization of this norm.) Buddhism has offered a moral framework which challenged how I understood these values. It has been through Buddhist philosophy that I realized that the hyper-active goal-oriented mindset does not necessarily represent Absolute Truth or Absolute Virtue, and that the Mormon hyper-focus on industry and goal-achievement may be due to early 19th-century American culture more so than Divine Inspiration. This has given me the freedom to try to slow down, focus on being present in the moment, and realize that sometimes accomplishing less (not more) is what produces more happiness and a stronger spirituality. (This has also influenced what I decide to prioritize in regards to my church callings and obligations…)

Conclusion. For many of us, enthusiastic participation in the LDS Church program is not always easy, especially when the institutional priorities, emphases, and policies feel increasingly incongruent with our personal moral and spiritual compasses. Seeking out and drinking from our “spiritual watering holes” can be a lifeline for maintaining a strong and vibrant internal spirituality that keeps us afloat… especially during those times when our external relationships with our religious communities become strained or damaged.

“The challenge, then, and the enticing opportunity, is to find a pattern of devotion and nourishment that extends beyond the confines of a Sunday curriculum, one that constitutes our private life of discipleship. … For while the established Church provides a framework of service, an occasion for community, and a vehicle for saving ordinances, it is in the secret chambers of our private temples that we must have ultimate recourse to the inspiration and revelation that guide our discipleship. In establishing this pattern, this private watering place, we can feed on those spiritual nutrients that most inspire and sustain us.” Crucible of Doubt, page 100

What are your spiritual watering holes?

[FN2] At one point in Revelations Julian of Norwich describes how God showed her a “little thing, the size of a hazelnut” which she understood to be a metaphor for the love that God has for all of creation. This metaphor was the inspiration for the name we gave to one of our twin daughters born last year: “Hazel Julian.”