Father Stanley Rother of Santiago Atitlán: martyr of the faith 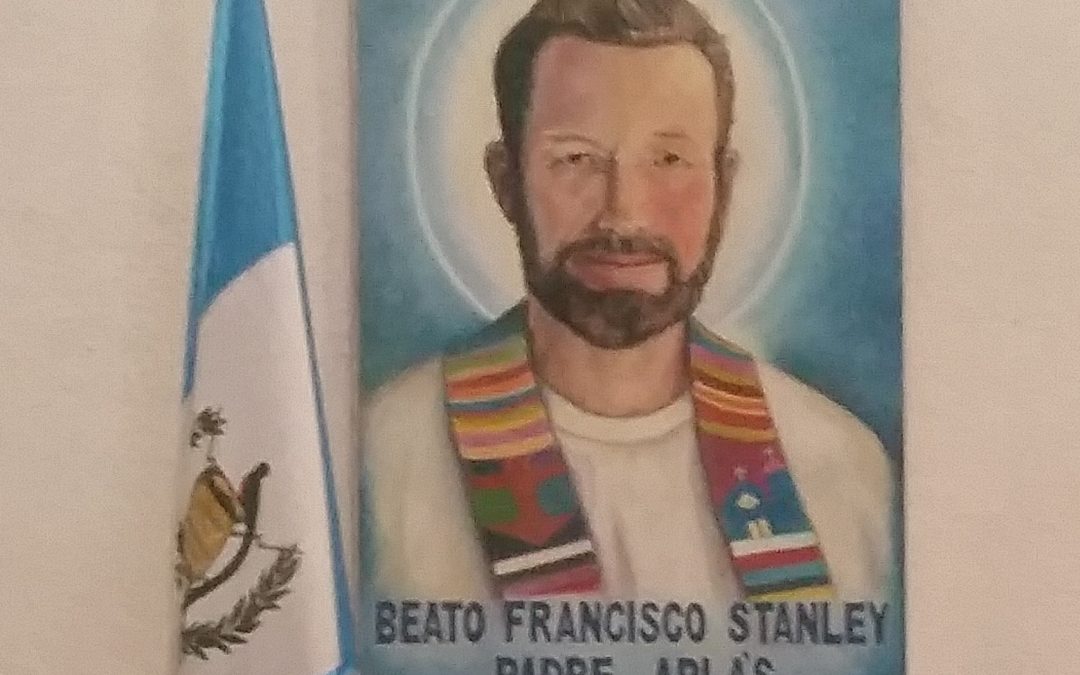 This month I had the opportunity to visit Santiago, Guatemala as part of a study abroad trip. Santiago is a thriving town of about 50,000 residents located on the shores of Lake Atitlán in southwest Guatemala. Lake Atitlán is surrounded by several volcanoes and a series of small Mayan communities on the shore, whose Spanish names are all in honor of various Christian saints. In the pre-Colombian era Santiago was called Chuitinamit and was the capital of the Tz’utujil Mayan community.

In 1968, the Catholic Archdiocese of Oklahoma City sent Stanley Rother to be a missionary priest to the Santiago community. He was of German descent and born in Oklahoma in 1935. Stanley embraced his calling in Santiago, working for years to learn both Spanish and Tz’utujil so that he could better minister to his parishioners. He was known for his commitment to the people and his willingness to be among them, including working alongside them in their fields, eating with them in their homes, and setting up education and health resources for the local community. Contemporaries remember that he was never terribly interested in high-brow theological conversations with his peers of the cloth, but was more excited by service and ministering to his flock. He lived and worked at La Iglesia de Santiago Apóstol where he came to be known as Padre Apla’s: 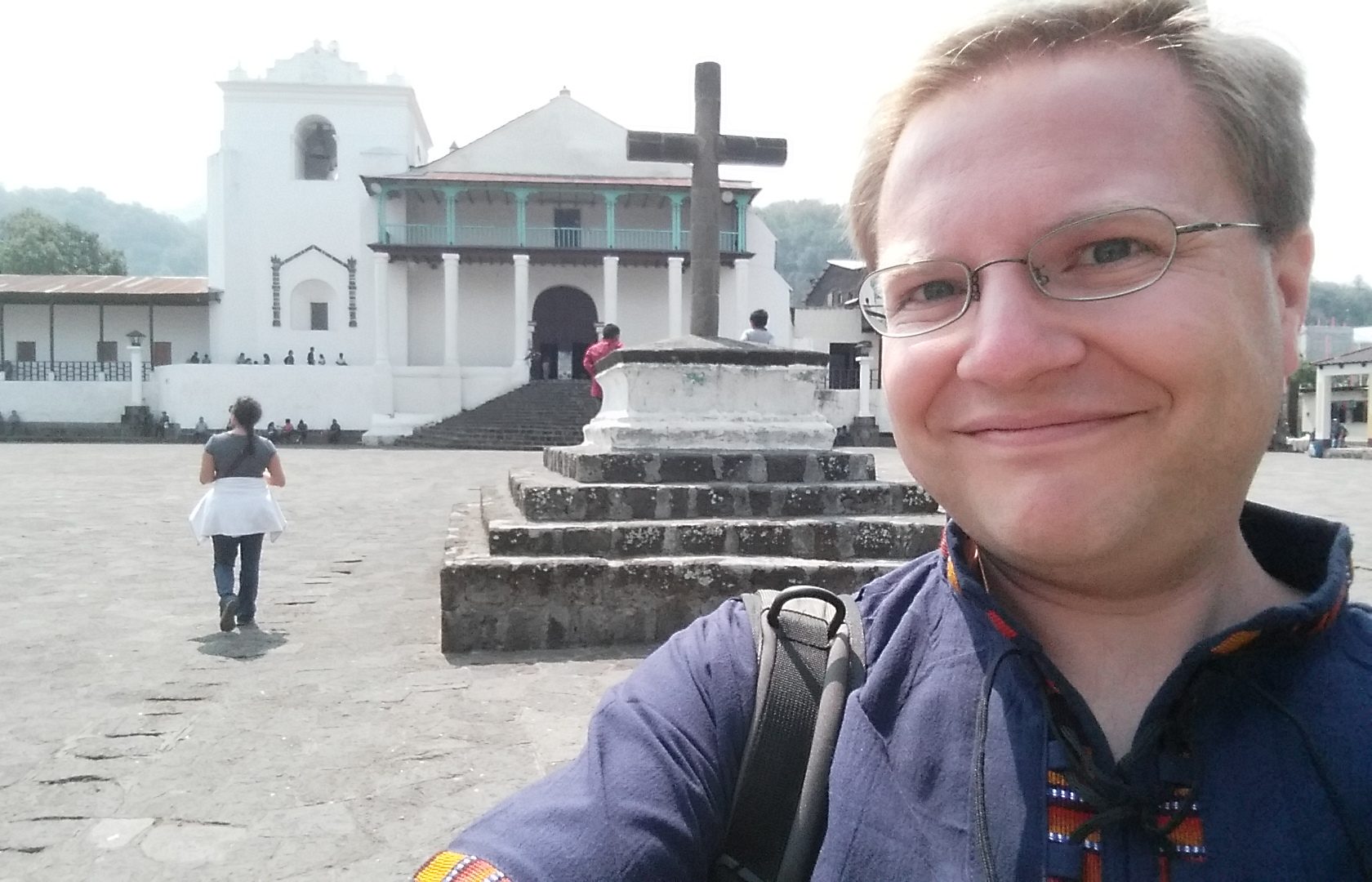 Meanwhile, the Guatemalan Civil War was raging between a U.S./CIA-backed capitalist dictatorship and socialist, indigenous insurgents. Father Stanley focused on ministering to those who were affected the war, including the families of desaparecidos, those who had been kidnapped and “disappeared” by government forces. His advocacy on behalf of the Mayan people of Santiago put him on a hit list of the Guatemalan military. After learning that his life was in danger in early 1981 he returned to Oklahoma but quickly decided to return so as to be with his congregation during these turbulent times. As he told his brother: “A shepherd cannot run from his flock.”

On July 28, 1981, Father Stanley was murdered by a group of three masked men who broke into the church at night. His body was returned to Oklahoma for burial and at the request of the congregation, his heart and blood remain in La Iglesia de Santiago Apóstol in Guatemala. In 2017, Father Stanley was beatified by the Catholic Church as a martyr of the faith.

Parishioners pray to his memory: 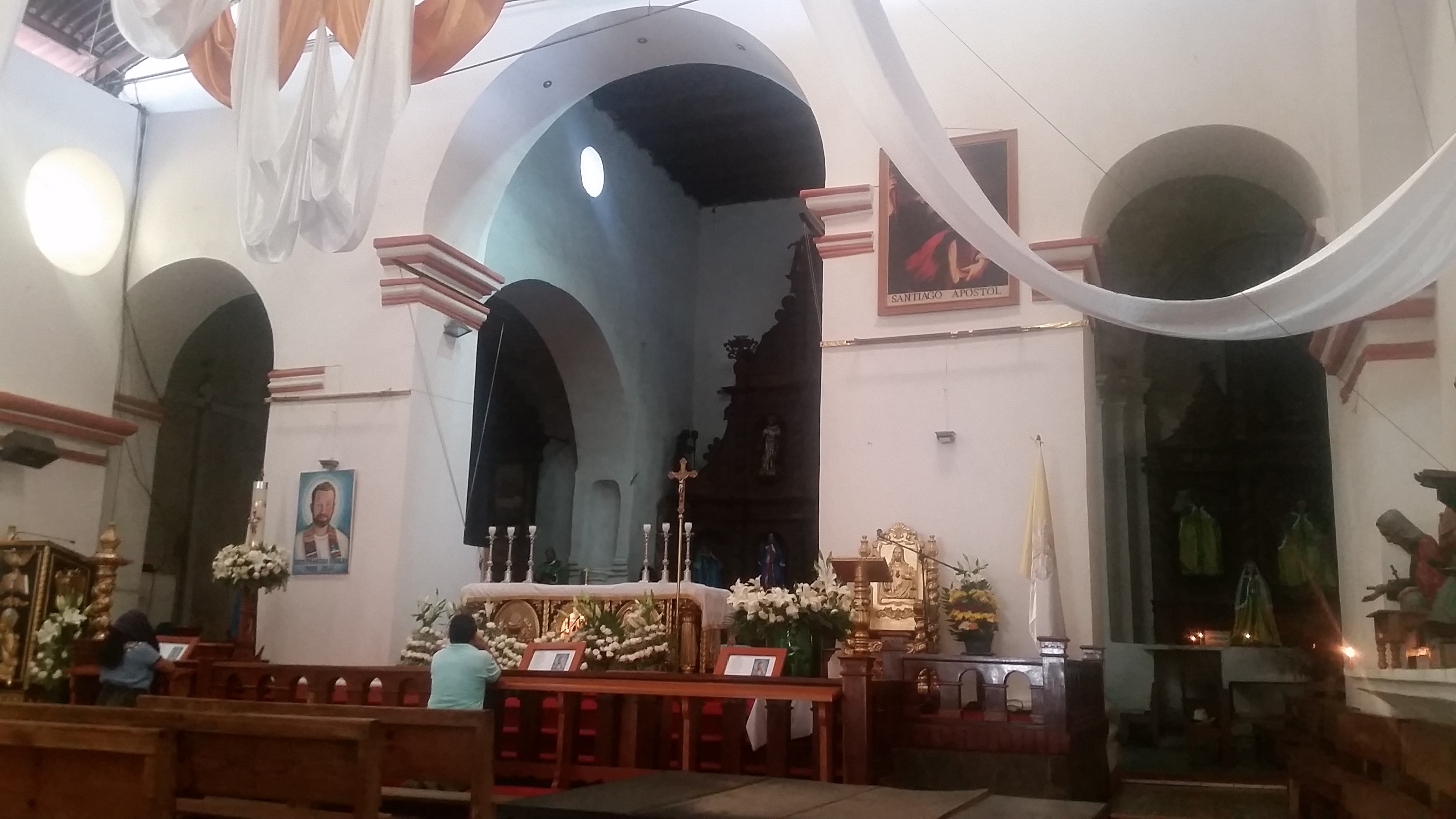 Father Stanley is honored in the rear of the church: 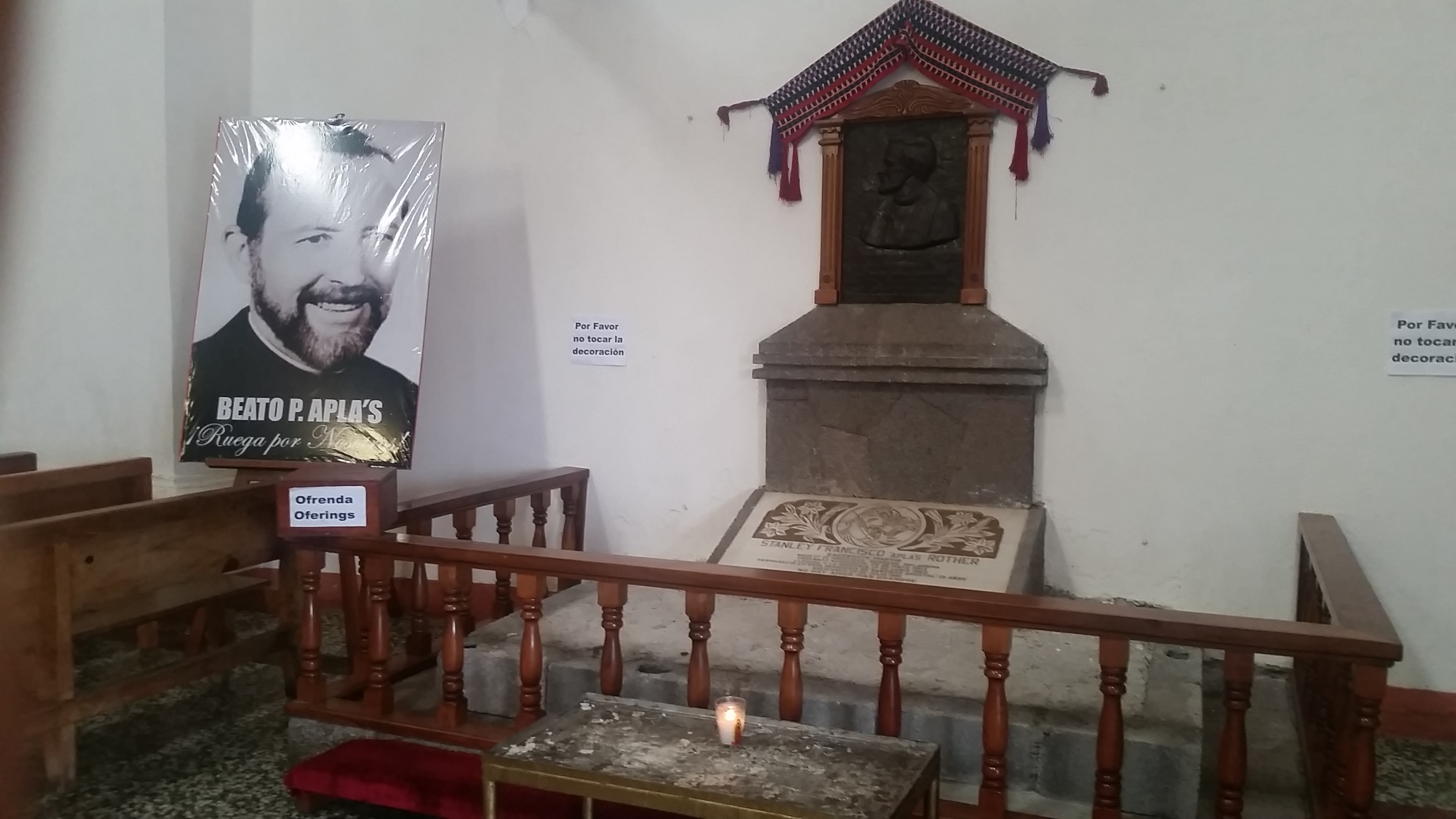 The room where Father Stanley was murdered displays this painting: 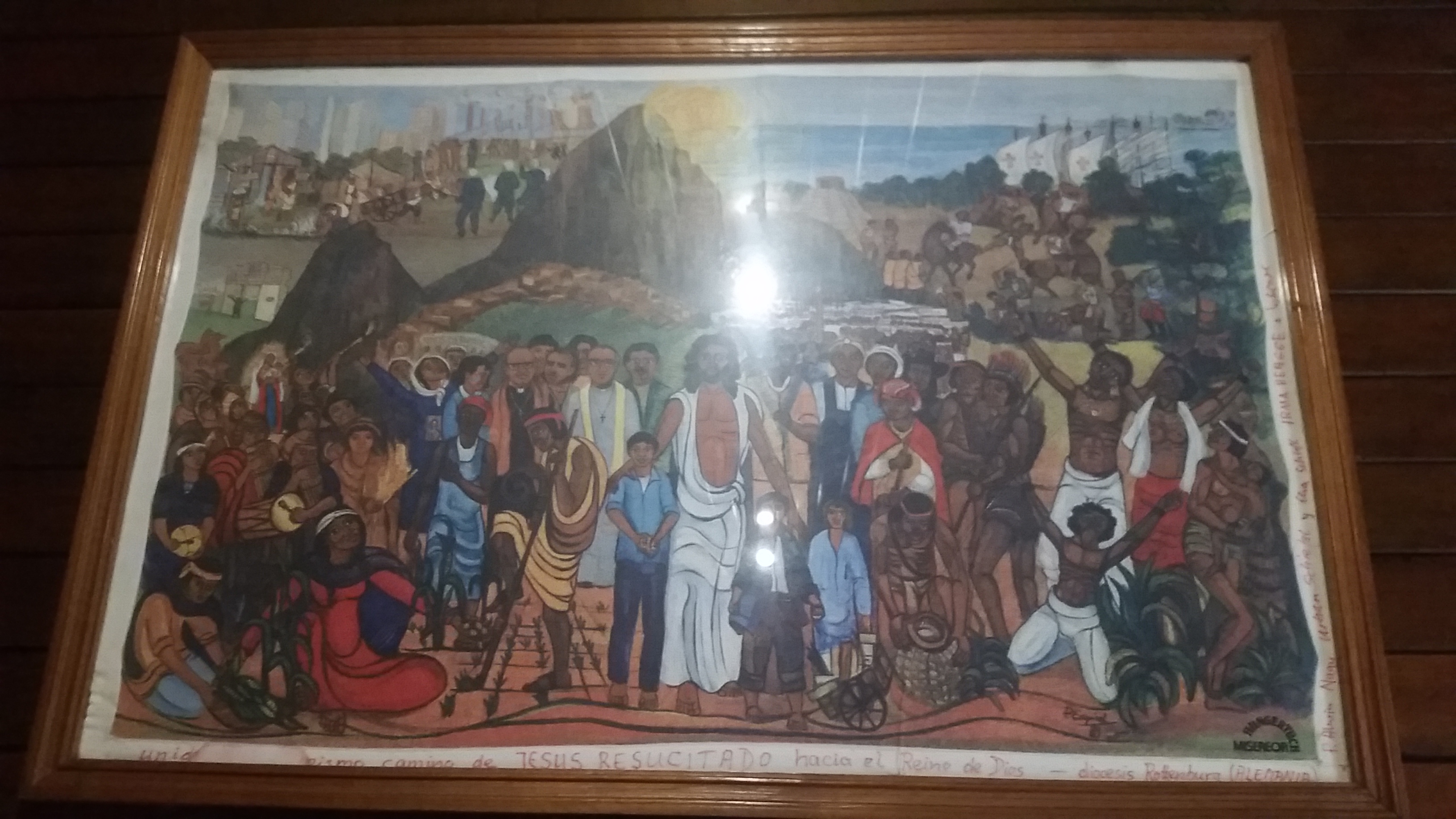 To learn more about Stanley Rother’s life, I recommend The Shepherd Who Didn’t Run by Maria Ruiz Scaperlanda, as well as stanleyrother.org.