Why the Church is Truer Than the Gospel 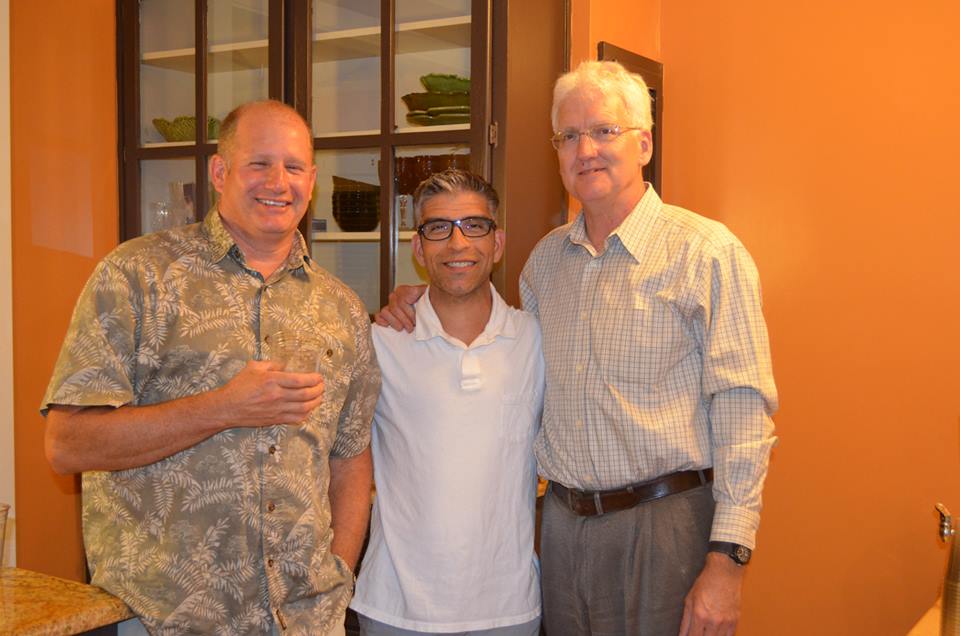 WHY THE CHURCH IS TRUER THAN THE GOSPEL

I didn’t want to go to Church this past Sunday.  There were two reasons:

Regarding the latter, we actually have a very good Gospel Doctrine teacher.  He makes attempts to address some of the messier parts of our LDS history.  However,  regarding what Dr. Michael Quinn termed, “The Succession Crisis” following Joseph and Hyrum’s death, I just wasn’t sure the narrative would be handled responsibly.    I am the guy that will raise his hand in Gospel Doctrine class to gently correct misinformation, but sometimes I get tired of being that guy.   I didn’t want to be that guy during this lesson and I didn’t think I would be able to hold my tongue.   So, Sunday morning before Church I told my wife, Cathy, that I would probably go home after taking the Sacrament of the Lord’s Supper.   It’s just something I had to do for my own survival – leaving home early that is.

Right after we finished drinking the water, my seven year old daughter told me she forgot her snack in the car;  I saw it as the perfect excuse to break out of church.  I walked her out to the minivan and then walked her back.   I opened the doors to the chapel and then turned around to head back to the car.  Just as I was leaving the foyer, I heard someone over the speaker that had just returned to activity begin talking about his struggles.   My heart opened.  I went back in the chapel and sat with my family – sandwiched between my two daughters.

His testimony didn’t annoy me. He spoke about repentance and the Atonement of Jesus Christ.  It touched my calloused heart.  Then a sister got up who has often rubbed me the wrong way with her snarky comments toward those that have more liberal theological, sociological, or political views.   I knew something about her.  She had recently been diagnosed with ovarian cancer.   She got up and spoke of the love she has for her primary children and how much she has missed them.  She then spoke of how motherhood is equal to priesthood.  I strongly disagree, but I understand why she feels that way.   Her life’s meaning had been built around the existential meaning in which that very narrative has provided in her life.  Now,  she was looking at death.  She was looking at the meaning the church and her activity in the church has given her.   I forgave her at that moment.  I could see and feel her soul.   That was unexpected.

I then looked at the middle pew.  There, sitting alone was one of my friends from an older generation.   I had taught his wayward son in Young Mens.   He was 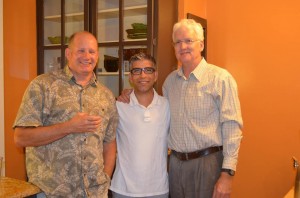 Me hanging out with some friends from church.

a good boy, but struggled with school and other things.   His father continued to love him.  Last week he had a going-away party for his boy who was leaving the next day for Marine bootcamp.  How proud he was of his boy.  His wife struggled with drug addiction.  They are now separated.  My friend had been a bishop of  our ward long before I moved into the Medford 4th ward.   He has a big heart.   He has a manner of speaking truth, complicating the simple narratives we get in church, and people still love him. I love him. I am beginning to understand and appreciate his mature faith.  People in our ward know of the family struggles he has had despite being a faithful member.  I think it is because of that openness and vulernability that people will listen to him.  Now, there he was in the pew with no family sitting next to him, in a tweed sport jacket and head bowed.  Yet he isn’t alone.

I decided to go to Gospel Doctrine class.  An older sister, in her nineties stood up.  When I was the Young Men’s President I would go to her house with the two priests in our ward to give her the Sacrament of the Lord’s Supper.  She was homebound because of all the hip pain she was having.  I was able to get her in to see one of the specialists in my orthopedic group.  She was always so grateful for me being able to help her.  I didn’t see it as a big deal.  It really didn’t take a lot of effort on my part.  So, there she was in Sunday School, standing with her walker, no longer home-bound. Her daughter had just died suddenly due to a stroke and many family members were in town for the funeral.  Now her home was once again filled with her children and grandchildren.  She was happy to be surrounded by her posterity.

I held my tongue during the Sunday School lesson.   I kept my eyes closed during most of the lesson.  I swear my tongue was going to bleed because I was biting it so hard.  At one point my wife leaned over to me during one particular part of the lesson that she knew just wasn’t historically correct.   I looked at her and said, “No.  I am not going to say anything.”   Toward the  end my bishop sat next to me.

I had recently given my bishop a copy of Russell Stevenson’s biography on Elijah Ables.  We chatted for a moment about race.   We then chatted about a book I had lent him about the Book of Abraham.    It was a good open chat.

I don’t remember who told me.  It might have been Dan Wotherspoon, Phillip Barlow, or Greg Prince, but I was told that Eugene England’s essay, Why the Church is as True as the Gospel, was originally going to be called, Why the Church is Truer Than the Gospel.  I think the original title is more correct in many instances.  The Church is the gospel-lived experiences of its members.   It is the community; it is the struggle, individually and together; it is our vulnerability that comes as we try to become the God-like people that our Heavenly Parents wish us to become; it is relationships.   That is why the Church is truer than the Gospel.

Could these experiences have  happened somewhere else, to someone else?  Yes, but they didn’t.  They happened to me in my ward with my ward family. They are my experiences that opened my heart.

I’m glad I didn’t go home early this past Sunday.