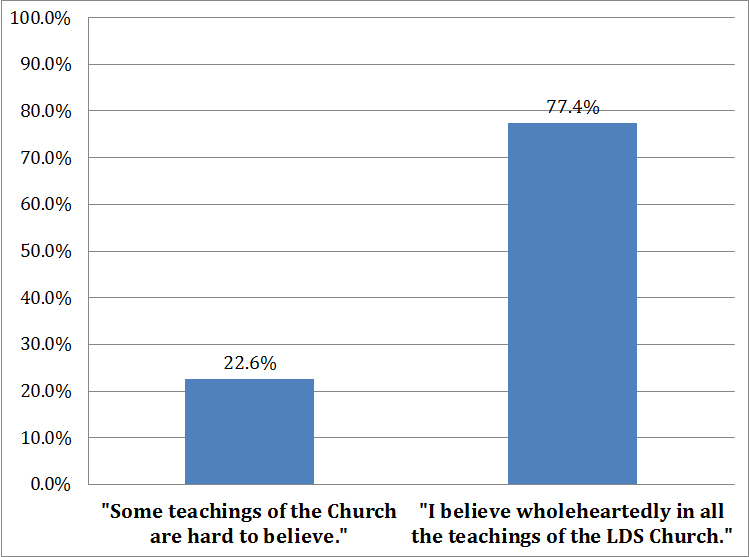 Last week I presented at the 2016 Salt Lake Sunstone Symposium. The title of the presentation was “Faith and Doubt in Contemporary American Mormonism: A Quantitative Empirical Perspective.”

Here is the abstract as it appeared in the program: Much has recently been made about the intersection of faith and doubt in contemporary American Mormon culture. While discussion of this topic often relies on anecdotes and supposition, this presentation will contribute a different perspective by giving an overview of an empirical statistical analysis of the 2012 Pew “Mormons in America” survey. Specific topics will include: 1) what types of Mormons are more/less likely to express doubt?, 2) how do doubts affect other religious or social behavior among Mormons?, and 3) what role might political beliefs play in either driving or mediating doubt?

Last week Jana Reiss discussed some of the presentation on her blog. Other interesting findings include:

For interested parties who were not able to attend, the full presentation, including visuals and comments, can be downloaded in this PDF file: CLICK HERE TO DOWNLOAD

Thanks to Lindsay Hansen Park and everyone for their efforts in organizing the symposium this year!