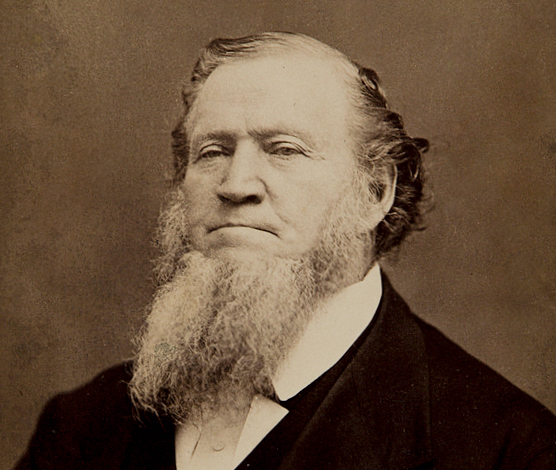 As the events of Charlottesville made clear, the United States has a long way to go in addressing its racial history. The same is true for our Church.

The initial official statement by the Church was, well, a bit tepid. It condemned violence. It also quoted a statement by President Hinckley condemning those “who [make] disparaging remarks concerning those of another race.” But it didn’t specifically condemn white supremacists as the cause of the violence. On Facebook, many members took the opportunity to draw false equivalence between the white nationalists who gathered with torches and weapons and those students and others who stood in counterprotest.

The Church’s second statement was more direct and worth quoting in full:

It has been called to our attention that there are some among the various pro-white and white supremacy communities who assert that the Church is neutral toward or in support of their views. Nothing could be further from the truth. In the New Testament, Jesus said, “Thou shalt love the Lord thy God with all thy heart, and with all thy soul, and with all thy mind. This is the first and great commandment. And the second is like unto it, Thou shalt love thy neighbour as thyself” (Matthew 22:37-39). The Book of Mormon teaches “all are alike unto God” (2 Nephi 26:33).

White supremacist attitudes are morally wrong and sinful, and we condemn them. Church members who promote or pursue a “white culture” or white supremacy agenda are not in harmony with the teachings of the Church.

Why does the Church care whether “various pro-white and white supremacy communities … assert that the Church is neutral toward or in support of their views”? Because some of them are also part of our community.

There are – and this continues to shock me, though I should know better by now – white supremacist Mormons who see their views as compatible with the gospel of Jesus Christ.

Though the follow-up statement seems to have gotten the message through to white nationalist Mormons, in the long run the Church must do more to separate itself from racism. The only way we can really eradicate the idea that white supremacy and Mormonism are compatible is to confront our racist history head-on. Of course, what I’m proposing isn’t anything members of color haven’t called on for years. I hope only to add my voice to theirs, standing beside them in sharing what they’ve helped me to see

The materials on Race and the Priesthood are a good start, but only a start. The essay is right to point out 19th century racism as context for the ban on black people receiving priesthood and temple blessings. But then – like the Church’s first statement on Charlottesville – it stops short of clearly declaring the most obvious source of the ban: Brigham Young and other Church leaders were racist. They shared the racial ideas of many of their white contemporaries. Thus, in the absence of any revelation telling them to do so, they overturned the clear practice by Joseph Smith of ordaining black men to the priesthood.

That it took a prophetic revelation more than a century later to restore a policy in harmony with Joseph Smith’s practice is a mark of shame on the Church. More significantly, by failing to directly address and reject the racism that allowed the ban to continue, the Church has allowed racism to persist within its ranks. I have personally heard high ranking members ‘read between the lines’ of the Race and the Priesthood essay to maintain that the ban was inspired by God, that God intended black people to be second-class members of His Church based solely on their mortal ancestry. That’s a racist notion which the Church has fostered through its refusal to confront its institutional racism.

The Church’s second statement on Charlottesville makes clear that racism is “morally wrong and sinful.” It is high time that the Church directly confess its own institutional racism as part of the repentance process. Then, having cleansed the inward vessel, we can join the fight to eliminate the evils of racism in our society.