Examining History For Insights on the Future of Women’s Ordination 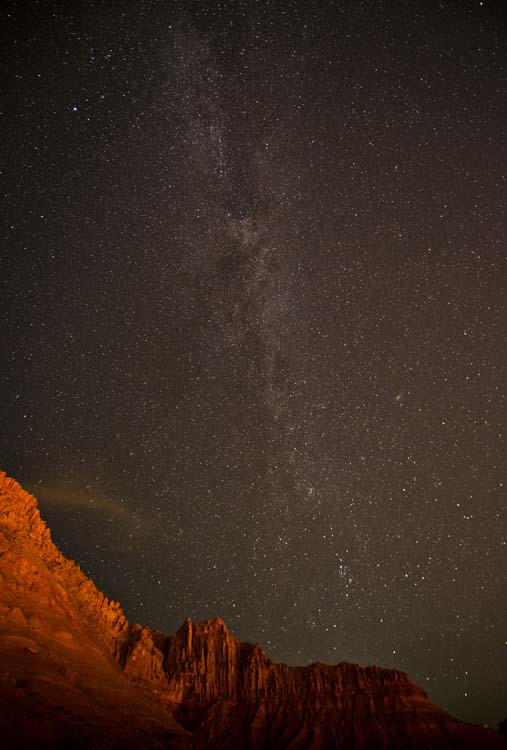 EXAMINING HISTORY FOR INSIGHTS ON THE FUTURE OF WOMEN’S ORDINATION

As the news broke that Kate Kelly had been summoned to a church court, I worried. I was concerned about those who care about women’s issues in the church and the pain they were likely to feel in the aftermath of official sanctions. As I considered this potential for pain, I reflected on my own experience.

I first encountered questions about my role as a woman in the church while completing my professional degree, and trying to decide whether to continue working after my next child was born. As I wrestled with this decision, I tried reading the scriptures for inspiration but became overwhelmed by their maleness. I began asking, “Why don’t we know more about Heavenly Mother?” I thought knowing more about her would give me a better sense of where women fit in the eternities. In addition to this question was another: How can I, as a woman, feel a sense of being valued within the church?

I approached numerous women to discuss my questions, but encountered their fear and reticence. I had the misfortune of beginning to ask my questions in 1980 just after Sonia Johnson’s excommunication in 1979 and the fear that had spread among women in the church was palpable and pervasive. I could not find anyone that wanted to talk. Those I approached had either not thought about the questions or were reluctant to discuss them. I felt alone. Overtime, I gradually set aside my pain and continued to attend and serve in church callings.

In 1990 I went to a Sunstone “Pillars of Faith” session. On the way home I felt inspired to reexamine my questions. This time I found inspiring and helpful women who were discussing these issues. Carol Lynn Pearson’s play “Mother wove the Morning” was pivotal. Also the writing of both Margaret Toscano and Janice Allred were particularly useful. I did not necessarily adopt their perspectives, but their thoughts helped me develop my own. I regained a feeling of peace within the church. Then sadly, after the 1993 excommunications silence on these issues once again seemed to drop over the church.

Years later I watched with interest as a new generation of fearless LDS women and men emerged who talk, write, and ask questions. I have enjoyed listening to and reading their thoughtful comments. I believe these conversations are important and valuable both because there are such limited opportunities for women’s voices in church leadership and there are so few within any local area who understand or can provide assistance with difficult questions. The Mormon “bloggernacle” has allowed space for these conversations to emerge. I hope this space will help to avoid the silence that followed the previous excommunications. I see silence triggered by fear as damaging for those who succumb to it because it diminishes potential learning.

What I want to examine next is the potential of taking a long-term perspective regarding changes within the church. To do this, I would also like to draw a loose analogy between receiving the priesthood and receiving the vote. They are clearly not the same thing, but I hope you will take this leap with me.

With the Emancipation Proclamation and the 13th Amendment, all slaves were freed and most were also able to vote. Women received the vote 55 years later in 1920. Later the Civil Rights Movement in the 1960’s and the Women’s Liberation Movement in the 1970’s each helped to change laws and create significant cultural transitions towards greater equality. Racism and sexism diminished dramatically.

In the US the legalization of voting appears to have taken place prior to the major cultural shifts towards greater equality. Within the church, the 1978 revelation allowing ordination for all worthy men appears to have taken place after the cultural shift. At the time the revelation was announced, I observed church members happy and excited about the change.

Greg Prince documented part of what was going on behind the scenes prior to this revelation in his biography, David O. McKay and the Rise of Modern Mormonism. According to his source documents President McKay took the question of Blacks and the priesthood to the Lord on two different occasions and was told no. Church leadership apparently worried that giving Blacks the priesthood prior to 1978 might create a schism and exodus from the church. When the Reorganized Church, (now known as the Community of Christ) voted to ordain women in 1984, they reportedly lost over 20% of their membership who rejected this change. The fear of schism and departure is real.

Given this history, I believe a major cultural shift needs to take place within the church prior to serious contemplation of ordination. The recent Pew survey shows 90% of LDS women in the United States answering, “No” to the question: “Should women who are dedicated members of the LDS church be ordained to the priesthood?” These results confirm the need for cultural change.

Cultural shift may be a long slow process as we have seen in the movements towards the vote and greater equality for African Americans and women. Alternatively, the change could be relatively rapid as we have seen with the polls regarding support for same-sex marriage over the last few years. This shift occurred both in Utah and nationally. In Utah the percentage of support moved from 22% supporting marriage equality in 2010 to 48% in 2014.

Some argue that the change is likely to be far slower for women than it was for African American men because ordination for women would affect essentially every household within the church in contrast to African Americans which are found in fewer numbers within Mormonism.

How might the necessary cultural change occur so that members of the church accept the idea of women’s ordination and what would influence this shift? As I return to the historical perspective, I see important influences from both moderates and radicals in creating cultural change. Radical voices draw attention and sometimes trigger intense opposition, but also potentially influence greater shifts in public opinion. While moderates working more slowly can be effective in maintaining relationships behind the scenes to influence change.

In major change efforts there is room for both radicals and moderates. For instance, suffragette Alice Paul came on the scene and moved quickly in working to obtain the vote. She used direct action: organizing a picket on the side walk in front of the White House. She and many others were arrested, fined, and sentenced to jail—encountering terrible conditions. This was followed by a hunger strike to protest prison conditions. The participants were force fed. The news about their treatment generated significant sympathy for Suffragettes. The more moderate Carrie Chapman Catt, who had been working for decades to create support for Women’s Suffrage and had been able to maintain a positive relationship with President Wilson, then influenced his transition from moderate opposition to support for Women’s Suffrage. Following this incident he gave an influential speech to congress before the final push for passage of the 19th amendment giving women the vote.

Even though they both were working for women’s suffrage, Alice Paul and Carrie Chapman Catt had serious clashes in their philosophies about how to create change and ended up leading two separate organizations. In the ideal world, moderates and radicals who seek the same goals would work together–but conflict in approaches often undermines the effort.

How does cultural change begin in organizations that don’t tolerate criticism or demands such as the Mormon church? I think the support of both women and men and a mix of moderates and radicals can influence change. Moderates often personally influence ward, stake, or regional leaders. Radicals are likely to try to make much more dramatic and significant changes, calling attention to issues and reaching many more people. But they risk more—such as backlash, ostracism, and worse.

I am a poor radical; I rather prefer working one on one within the church maintaining relationships and suggesting incremental changes—the moderate role. Changes that if they spread would help all women across the church to feel more valued, appreciated, heard and utilized within the church. I believe that better decisions are made when a full range of voices are heard.

This process of increased inclusion and voice for women in the church can be instrumental in shifting church culture possibly to the point that of accepting women’s ordination. This ordination might be to the Aaronic and Melchizedek Priesthood we have today or it might be a form of priesthood for women—similar to that currently found in the temple. This could also be accompanied by much greater autonomy in the Relief Society, Young Women’s and Primary organizations—like that found in earlier periods of church history.

Finally, I would like to conclude by suggesting two resources that each delineate a number of moderate changes that could move the church towards greater inclusion and do not require ordination.

Ronda Roberts Callister is a professor of Organizational Behavior at Utah State University where her research has focused on both gender and conflict in organizations. She and her husband have four daughters who have flown the nest and scattered across the country.

All posts by Ronda Callister