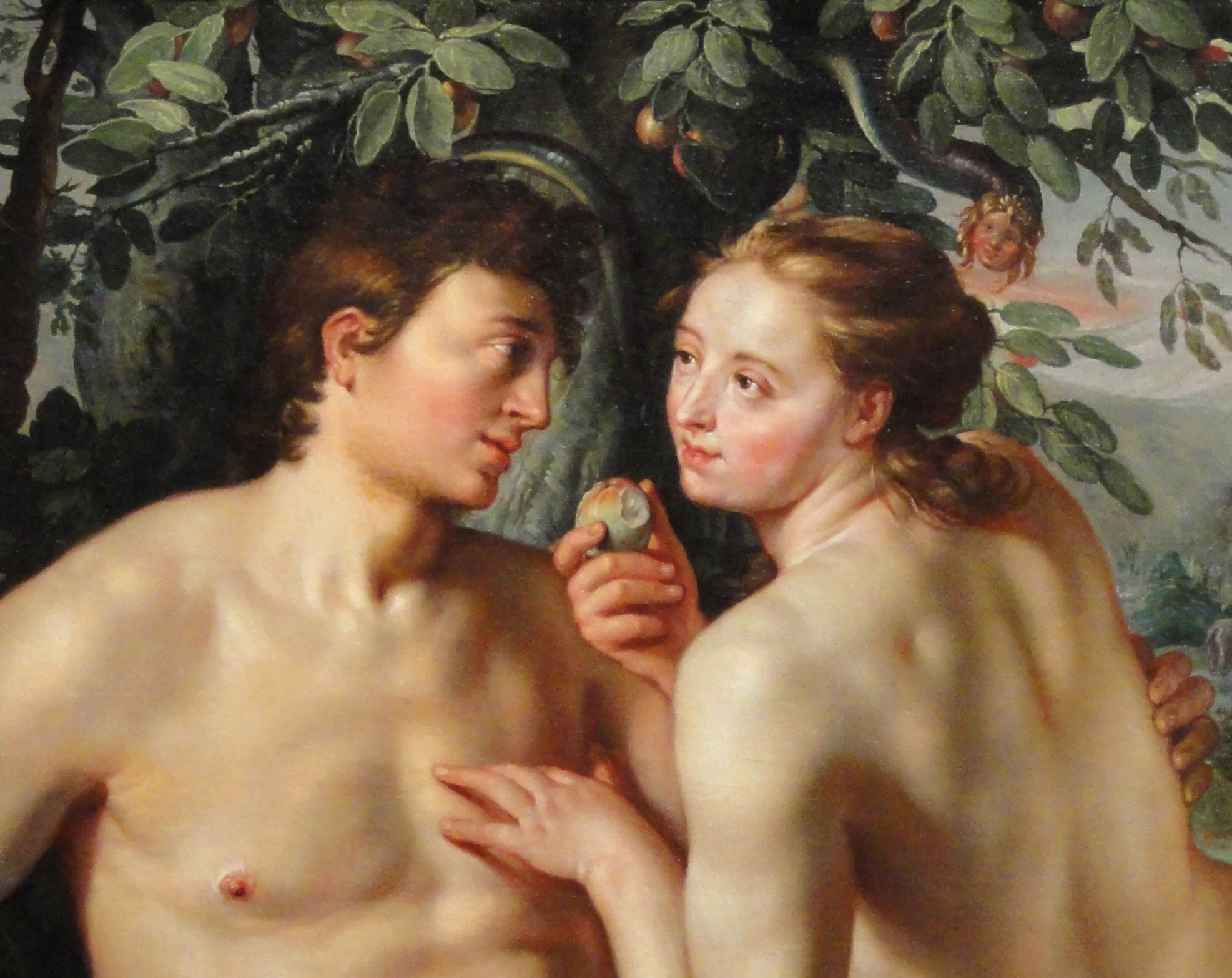 Eve embraced physical death and passed through profound spiritual death (being cast out of God’s literal presence in Eden) so that we could each receive mortal life. Christ similarly embraced physical death and passed through a profound experience of (our) spiritual death so that we could all receive resurrection and eternal life. As the events are depicted in the temple, Eve’s consideration of her choice in the Garden of Eden reflects Christ’s question in the Garden of Gethsemane. This, along with her appellation as “the mother of all living,” should remind us further of the close link between both ends of morality. Eve’s responsibility for our lives and our deaths are intimately linked, both preceding directly from that fateful decision in the Garden.

Focusing on Eve as a parallel to Christ also gives greater depth to the Lord’s explanation of the central symbols of the Plan of Salvation. According to Moses 6:59-60, the Lord taught Adam (and presumably Eve) to teach their children

“That by reason of transgression cometh the fall, which fall bringeth death, and inasmuch as ye were born into the world by water, and blood, and the spirit, which I have made, and so became of dust a living soul, even so ye must be born again into the kingdom of heaven, of water, and of the Spirit, and be cleansed by blood, even the blood of mine Only Begotten; that ye might be sanctified from all sin, and enjoy the words of eternal life in this world, and eternal life in the world to come, even immortal glory;

“For by the water ye keep the commandment; by the Spirit ye are justified, and by the blood ye are sanctified;”

The divine symbols of water, blood, and spirit are central to many events and ordinances:

From the verses in Moses it is clear that these repeated symbols are part of God’s grand design and are meant to draw our attention in both directions, to our births and to Christ’s death. The Lord specifically linked childbirth to Eve’s role in the Fall before casting her out of Eden, thus ensuring that she and all women would take part in the first event marked by water, blood, and spirit as God’s children entered mortality. Rather than reading this as a punishment, we might regard it as a divine reminder of Eve’s role in the exaltation of all God’s children.

In his April 1985 address on “The Purifying Power of the Atonement,” Bruce R. McConkie drew on Paul’s verse to explain the link between the gardens of Eden and Gethsemane. Drawing on Paul’s parallelism, he declared, “We know that an angel came from the courts of glory to strengthen [Christ] in his ordeal, and we suppose it was mighty Michael, who foremost fell that mortal man might be.” But according to both scriptural and temple accounts, it was Eve who “foremost fell” that we might have the joy of mortal life. Following Elder McConkie’s logic, I suspect that it may have been Eve who comforted Christ. How wonderfully appropriate it would have been for the “mother of all living” to comfort the Son on Man in His great hour of need, for she who first chose mortality for us all to comfort the Savior as He paid its ultimate price.

By recognizing Eve’s role in God’s plan and the reminders of that role in the divine symbols at the center of our priesthood ordinances, we can similarly receive a greater measure of the comfort that comes of more fully understanding the Atonement.