Empowering Women in Priesthood to Protect our Children 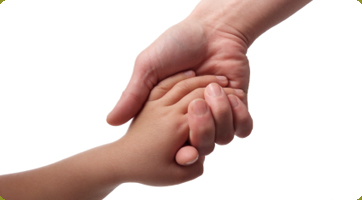 One of the most common arguments against women’s ordination is that the church works just fine as it is now.   All is well in Zion so why do we need a change?  The argument goes that the women are only seeking to benefit or aggrandize themselves, since there are no specific problems that women would be able to solve with the priesthood that the male priesthood holders can’t solve themselves.  I’d like to make a very specific argument as to how empowering women with administrative authority within the church could directly benefit the church’s membership.

The Roman Catholic Church is reeling from continued revelations of child sex abuse at the hands of male priests.  In the US alone, there have been nearly 17,000 victims of clergy sex abuse since 1950, and legal settlements have amounted to over $2.5 billion[1].  As that faith community has looked for answers to the question “how did this happen?” and “how do we prevent this from ever happening again?” many experts have pointed to the lack of women’s voices in the decision-making process.

Serene Jones, president of the Union Theological Seminary in New York , told a CNN reporter earlier this year: “It is clear that, statistically, women abuse much less than men. And in terms of reporting, are much more likely to (report abuse)…It would make a big difference if my Catholic women students at the seminary were in positions of power right now. This would not be handled this way at all”[2]

This sentiment is consistent with a landmark UNICEF report from 2006 that states: “Eliminating gender discrimination and empowering women will have a profound and positive impact on the survival and well-being of children… Women’s influence in key decisions improves the lives of women and has a positive effect on child well-being and development.”[3]

As the church has never produced a comprehensive report on sexual abuse by leaders and members with special access to youth through their church privileges, the full extent of the problem within the Mormon Church is unknown.  However, an evaluation of the known facts in specific cases shows that there is a problem in how the church safeguards children and how it handles situations when these situations do come to light.  Take the case of Frank Curtis.  After being excommunicated for sex abuse in the 1970s, he was rebaptized and allowed to serve with youth again.  Over 15 years, he abused 20 boys and girls in three different cities, each time gaining access by exploiting the trust of ward members and the discretion of priesthood leaders who chose not to disclose his past to the parents and children Frank was given access to[4].

True, the male leadership of the church has, of its own volition and in concert with its attorneys, made some improvements in child protection policies since this time (namely marking membership files of known abusers and establishing an abuse hotline for Bishops use only).  But consider what the church still has not done.  The CDC has established a list of six components of child sexual abuse prevention for youth-serving organizations[5].  To date, the LDS church has chosen not to enact any of these policies:

Some of these guidelines would be difficult and/or expensive to enact.  The leaders have many other issues on their plates.   Making changes to create a child sex abuse prevention policy where none now exists requires acknowledging there is a problem.  If I had to guess, I’d wager that admitting the problem is probably the over-riding issue that creates this inertia.  In my view the brethren have shown a strong and consistent desire to prioritize preserving the good name of the church over other priorities.

I don’t believe that the LDS Church leadership has refused to enact these protection measures because they are evil, or because they don’t care about children.   A woman I love dearly was beaten by her husband.  When the Bishop counseled her to “learn to keep the house tidier”, I don’t believe that he was being wantonly mean.  A child I love dearly was physically assaulted by a male substitute primary teacher who took him alone to the bathroom.  When the Bishop said “don’t ruin this man’s life, he is a good man” and proceeded to make him a full time primary teacher, I don’t believe that he was purposefully being evil.

I do believe, however, that we are shaped by our life experiences.  I believe that we all have blind spots that happen as the road of life takes us down a highway and we speed over the alleys and side streets that others occupy their entire life.  The effect of shared privileges, power, and perceptions can be unifying but can also create holes in our shared vision which we cannot fill on our own.   When it comes to child welfare, that hole has enlarged and is swallowing our most vulnerable.  We often hear in church that God works through other people.  I believe that this hellacious crater in our midst will be filled when women are given the power and authority necessary for the church to truly benefit from their moral force.

Scott H. is a straight ally and was a co-founder of Mormons for Marriage Equality. He lives with his wife and three kids in Washington state.

All posts by Scott H