An E-mail from Dr. Phillip Barlow 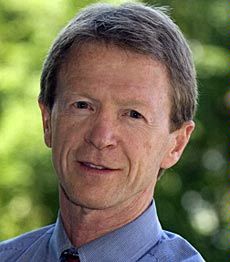 AN EMAIL EXCHANGE BETWEEN ME AND DR. PHILLIP BARLOW

This is a personal email exchange between Dr. Phillip Barlow, the Leonard J. Arrington Chair of Mormon History and Culture at Utah State University, and me.  The conversation was spured by a fabulous Mormon Matters podcast (click here to listen), in which he was one of the guests.  Dr. Barlow has given me permission to publish our email exchange.

I finished listening to the Mormon Matters podcast that you and Jana Reiss were on. I enjoyed your reflections on Joseph’s restoration. Would you mind sharing them with me in written form so I can think about them. Some things are better for me to see so I can read them again and again.

Hi, Mike. I will be publishing a developed form of my analysis of the various meanings of “Restoration” before too long. But if it interests, you can get an introduction to at least the seeds of my notions of this in the new (2013) Preface to the updated edition of Mormons in the Bible or, in a different context, in an article called “To Mend a Fractured Reality: Joseph Smith’s Project” in the summer 2012 issue of the Journal of Mormon History.

I think the point I was making on the podcast interview is that many Saints build a house of cards, vulnerable to a later faith crisis, by assuming that Joseph’s Restoration consisted solely of an effort to bring back things that once existed anciently and historically on earth and had by neglect or apostasy been lost (the only legitimate priesthood, for example, or the notion that masonry represents a depleted and marred form of the pure and ancient temple endowment). Joseph Smith did often talk in this vein, of course, so the mistakes we make are understandable.

We are less apt to get less trapped, however, if we recognize that Joseph enacted “Restoration” in several senses. In addition to bringing back what had been lost (as he believed and taught), he also strove to repair that which was fragmented (sectarian religion, for example, or the extended family including all generations); and to complete that which was partial (notions of salvation and exaltation; elements of the temple that had been kept hidden “from the foundation of the world.”). If we hold only to the first sense of the term Restoration, we may end up thinking that everything we do today, such as the temple and all of our theology, has to be in perfect sync with ancient notions and religious practice. This is problematic. It leads some would-be defenders of the faith to marshal historical evidence in biased, incomplete, and sometimes distorted ways, even if unconsciously. It leads others, who may come across countervailing evidence, to be at a higher risk of loss of faith.