Dr. Lawrence Krauss Gets it Wrong….Again 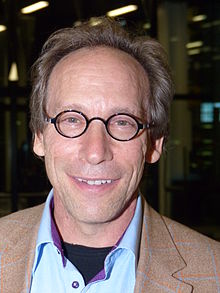 I am publicly apologizing for this post.   In it I have taken Dr. Lawrence Krauss’ comment out of context.  This was an honest mistake, as I was working from memory.  When I wrote the post, I could not find the debate on You Tube to confirm the context in which he makes the statement below.  After some readers had criticized me (and rightly so) for not having a link to the debate, I looked for it again.  To my embarrassment, I found that Dr. Krauss’ was pointing out the need to be aware of wrong syllogisms, not pointing out how deductive reasoning is wrong.   At the very end of the post I have included a link to the You Tube debate that I found after this post had been published for about 18 hours.   Again, my apologies.

Dr. Lawrence Krauss Gets it Wrong….Again

In a recent debate in Melbourne, Australia between Dr. Lawrence Krauss (atheist, theoretical cosmologist and physicist, and author of A Universe from Nothing,)  and Dr. William Lane Craig (Christian philosopher and apologist),  Dr. Lawrence stated the following syllogism to show that deductive arguments don’t work:

The syllogism is so outrages and provocative that people miss the point. The point is supposed to be that, here we have a valid argument based on true premises that leads to a false conclusion. It leads to the conclusion that William Craig is a homosexual; which is false. And yet that conclusion is derived from a valid argument with true premises. And therefore this is supposed to invalidate the use of deductive logic. This is astonishing.

Never mind the self-refuting procedure of trying to use logic to refute logic. The point is, this argument is informally invalid because it uses terms equivocally. It’s like the following syllogism:

Now that is obviously wrong because it uses the word, “Greek” equivocally. In the first premise, it is an ethnicity. In the second premise, it’s a language. And so the argument is simply invalid because of equivocation.

Similarly, when you say “all mammals exhibit homosexual behavior,” what you mean is, all species of mammals. But when you say in the second premises, “William Craig is a mammal,” you don’t mean William Craig is species of mammal. You mean he is an individual organism that is a mammal. And therefore, the argument is invalid. You have used the word equivocally. If you mean, “all individual organisms that are mammals exhibit homosexual behavior,” then the first premise is false. If you mean, by the second premise that, “William Craig is a species of mammal,” then the second premise is false. So, you cannot construct a valid argument from those premises when you use the terms to have the same meaning. It is only by equivocating on the terms that you construct this argument leading to this false conclusion.

This was the most remarkable attack on deductive logic that I have ever heard. This was so bad. It represents the Marianas Trench of philosophy; it’s that low. It was the low point of these debates philosophically speaking.

Dr Krauss’ argument against deductive reasoning would have been equally true if he had said:

The problem is, we all know that Dr. Krauss is not a chair.   But rather a cow is a chair.

Click here to watch the debate.  Krauss’ statement starts at about 20 minutes into it.