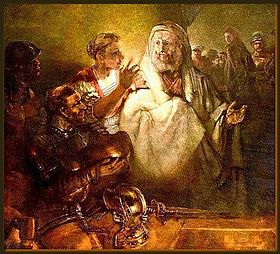 Peter’s Denial by Rembrandt, 1660. Jesus is shown in the upper right hand corner, his hands bound behind him, turning to look at Peter.