DOMA / Prop 8 and the End of the World 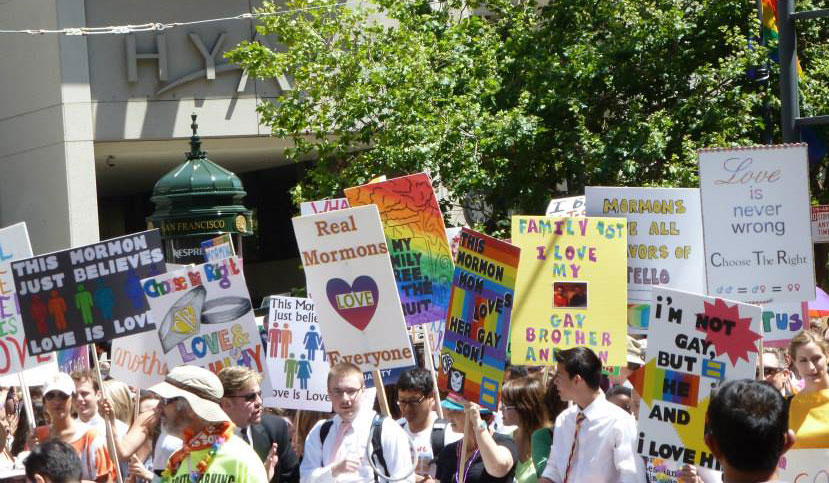 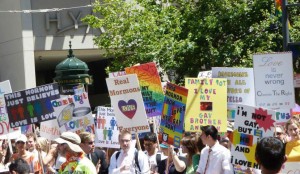 In response to the recent United States Supreme Court ruling overturning Section 3 of the federal Defense of Marriage Act (DOMA) and California’s Proposition 8 the LDS Church issued a press release. Before we dive into that I want to highlight a few of the following themes in church statements following significant events in the Prop 8 trial.

May 2009
“Marriage between a man and woman is the bedrock of society.”
August 2010
Contrast these themes with the current press release:
“By ruling that supporters of Proposition 8 lacked standing to bring this case to court, the Supreme Court has highlighted troubling questions about how our democratic and judicial system operates. Many Californians will wonder if there is something fundamentally wrong when their government will not defend or protect a popular vote that reflects the views of a majority of their citizens.“In addition, the effect of the ruling is to raise further complex jurisdictional issues that will need to be resolved.”Regardless of the court decision, the Church remains irrevocably committed to strengthening traditional marriage between a man and a woman, which for thousands of years has proven to be the best environment for nurturing children. Notably, the court decision does not change the definition of marriage in nearly three-fourths of the states.”

What we have is an abandonment of the belief in democratic and judicial process, no mention of vigorous additional debate, nothing about mutual respect and not a bedrock in sight.
Instead we are left with complaints about process (note: if you’re whining about process in a debate you’re losing), sour graping about the court’s decision and a rear guard salvo about how almost three fourths of the states are as behind the times as we are.
In twenty years when Oklahoma is the only state to not recognize gay marriage and President Tagg Romney has to order the 101st Airborne to the Oklahoma City Clerk’s office in order to allow gay couples to receive marriage licenses I’m sure the press releases will look different.
And the bedrock mentioned will be one of equality.

Married to Carrie for 8 years they have 3 young children and are being watched over by twin boys. Jon currently serves in the Young Mens

All posts by Jon Marsh