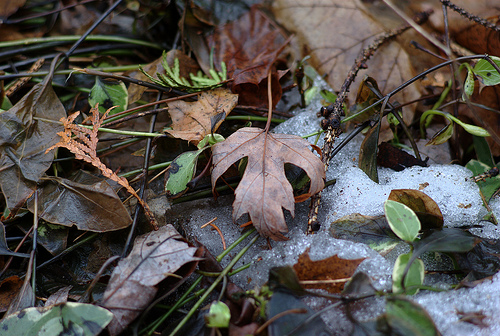 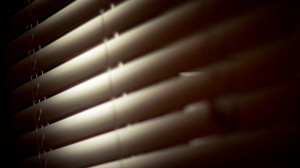 “Heavenly Mother” entered my religious vocabulary sometime during Middle School. She was a thing that might exist, nebulously up there doing stuff, but not stuff related to me, because that was God’s job. He didn’t want us talking to her, because she wasn’t God. Or maybe because He wanted to protect her, like any good husband wants to protect his wife from their children.

I don’t believe in this Mother.

I imagine myself as “Heavenly Mother”, spending my days locked in my bedroom with the lights off and the blinds down so my children can’t find me and say mean things to me, because my husband doesn’t want my feelings hurt. They might hear me calling out to them, but most will assume it must be their dad talking, because they’ve been taught it’s wrong to speak with me, and can’t recognize my voice.

This Mother I’ve been told is mine is not someone I recognize. She is not someone I could emulate, or even get along with. So I’ll leave her be, safe in that lonely dark room, and go looking for a Divine Feminine that lives up to Her name. Because in this “Mother”, I find no truth.

I’ve gotten a bit scratched up in my search for the Woman in God.

I was ready to lance my wounds here–show you the noxious product of years spent contemplating this Mother and what her lonely room meant for my life now and my future after it ends–not caring who I might infect with the release of the things that have been causing me pain.

I was going to lace my words with bitterness and biting logic, as if that would convince those who treasure my Hell as their Heaven that they’re doing it wrong. Give them wounds to match mine, as if that could finally bring about Paradise.

That’s about when I went blank. Train of thought derailed, followed by cinematic explosion. 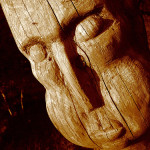 Instead I remembered kneeling, Mother on my mind, my hope mixed with anger for what I felt I was being denied. Eaten up with crawling, snatching guilt at having the audacity to think something was missing at all, let alone demand that this yawning hole be filled. And I did demand. Where is She?  Don’t tell me You can be everything I need. You can’t ever understand me completely, because You are not a woman. Show me She is really there. As if she were a very rare elephant at a travelling circus, ready to be trotted out, for the right price.

I felt my betrayal immediately. She is not a thing to be shown around by Her keeper only when it suits His purpose, coddled and safe in her room until He calls for her. Amazing and new as this idea was to me, I couldn’t recognize that. I was too overwhelmed with guilt. Yet within the following flood of remorse, I did find relief. Abrupt, brief, and nearly unrecognizable, like someone calling out to me from a quickly moving car. I felt something different.

For a moment, hope came back.

But disbelief crowded in, followed by guilt for presuming that it might be Her. Because She is forbidden. Because I did not have the right to try to access Her. I’m supposed to leave Her where they say Father has put Her; swathed in bubble wrap and newspaper. A golden Ark, veiled and guarded to keep her from my unconsecrated touch.

My guilt and fear and bitterness laid over that sprout of hope like ice in winter, all without me realizing how the truth I’d been given was changing me. She is not a thing. Not to be coddled.

The sprout survived. It survived when I declared that I no longer believed in Her–that I couldn’t, not under these conditions, not hidden away and silent, unreachable, with no purpose but to serve as a lesson that sweet and soft-spoken motherhood is my only true calling, now and for eternity. It survived as I allowed cautious belief in female Deity to blossom on it’s own terms, and as many other things I’d held as certain shifted or faded or turned into something new.

She doesn’t belong to Him.

She doesn’t answer to Him.

She’s not hidden away, or drifting around in an outer dimension picking flowers.

She is not meant to be boxed in, isolated, coddled.

And neither am I.

I think the ice is thawing.

This, it turns out, is all I have to say. 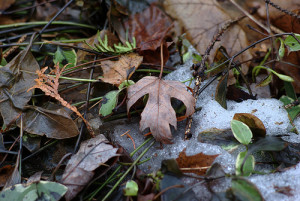 This is the seventh post in our series on Heavenly Mother; click here to read the other amazing posts.