Discovering the Old Testament: Why It Matters for Mormons 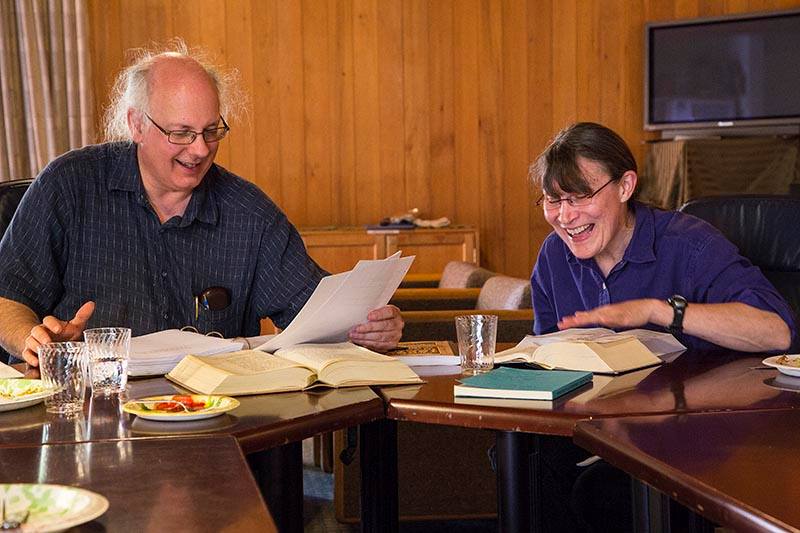 Discovering the Old Testament: Why It Matters for Mormons

Since late October of last year, I’ve been publishing a weekly podcast called “Discovering the Old Testament.” The format is a roughly 20-minute lesson or lecture where I discuss the history, culture, religious background, archaeology, and impact of the Old Testament/Hebrew Scriptures. The basis of this podcast was an introductory OT class I taught for Stanford University Continuing Studies last summer. I was allowed five weeks to rampage through the Old Testament. An impossible job, but I said, “yes” because I relished the challenge (and I needed the money).

Besides the Stanford class, for the last six years my spouse, Dr. Denise Greaves, and I have been presenting seminars on biblical subjects at Christ Church Episcopal in Portola Valley, CA where we are both Scholars-in-Residence. Our latest was a 14-month seminar on the book of Isaiah. Chapter by chapter, verse by verse, we went through this remarkable book. Since my Ph.D. is in Near Eastern Studies with an emphasis in Hebrew Bible, I worked from that text. Denise followed along in the Greek Septuagint edition. Another class member tracked the ancient Aramaic translation (“Targum Jonathan”), while yet another used a translation of the Great Isaiah Scroll from the Dead Sea Scrolls. We would generally have about 10-14 people show up each Wednesday evening. Class members were from many denominations, Greek Orthodox, Catholics, Buddhists, and a few fringe Mormons, plus some local clergy. Since we didn’t give ourselves a hard deadline, this gave us the liberty to take intellectual “side trips” into a wide range of topics as we encountered them in the text; from Israelite viticulture to Assyrian siege methods to Babylonian divination and necromancy. The discussions were lively and engaging. All of us had a ball.

All of that, and more, informs the podcast—just in time for the Gospel Doctrine lessons on the Old Testament.  That said, the podcast does not follow the lesson manual per se; it’s for a more general audience. But there are still tons of good stuff for Sunday School class.

It’s fair to say that the Old Testament is probably the least-understood book in the Mormon canon, but it’s also one of the most formative. What I mean is that when you look at the Book of Mormon, you see a book that resembles the Old Testament more than it does the New Testament     3 Nephi notwithstanding. It starts in Jerusalem, and includes all the great themes: exodus from persecution, the journey to a promised land, maintaining the worthiness to enjoy the blessings of that land, wars, conquest, social upheaval, questions of law and ethics, and so on. The Old Testament was clearly in the minds of the early saints during their own exodus to the Great Basin. But there is another, more important connection: both the Old Testament and the Book of Mormon are stories of the failure and destruction of a chosen people.

In the case of the Old Testament, we know that the collection we have today was assembled and gradually canonized over several centuries. But the origins of the collection lay with the question of why the Israelites failed to live up to their covenants and were destroyed as a nation. Interestingly, the Old Testament presents differing opinions and schools of thought on this subject. One claims that it was violation of the covenants with God that caused the loss of Jerusalem, the royal Davidic dynasty, and possession of Canaan. Another held that it was because the people ignored proper forms of worship. Still others, championed by the classical Israelite prophets, insisted that the abandonment of social and economic justice brought down the wrath of God.

But what is so interesting is that no answer is put forward as the answer. That was something for later generations to figure out. Unfortunately, from our very limited perspective, we lack the cultural savvy, the historical knowledge, and the understanding of ancient Israelite religious expressions to make sense of the questions, let alone the answers. Our podcast is intended to help bridge those gaps.

As of this writing there are seventeen episodes of “Discovering the Old Testament.” The plan was to do fifty, but since we still haven’t finished the Pentateuch yet, we’re probably going to have rather more than that. We invite you to listen, to enjoy, to comment, to discuss. It’s been a fun ride so far; join us.

For links to all the episodes, go to:
http://www.lafkospress.com/discovering-the-old-testament-2/