Did Jesus use “teddy bear” love or “tough love”? 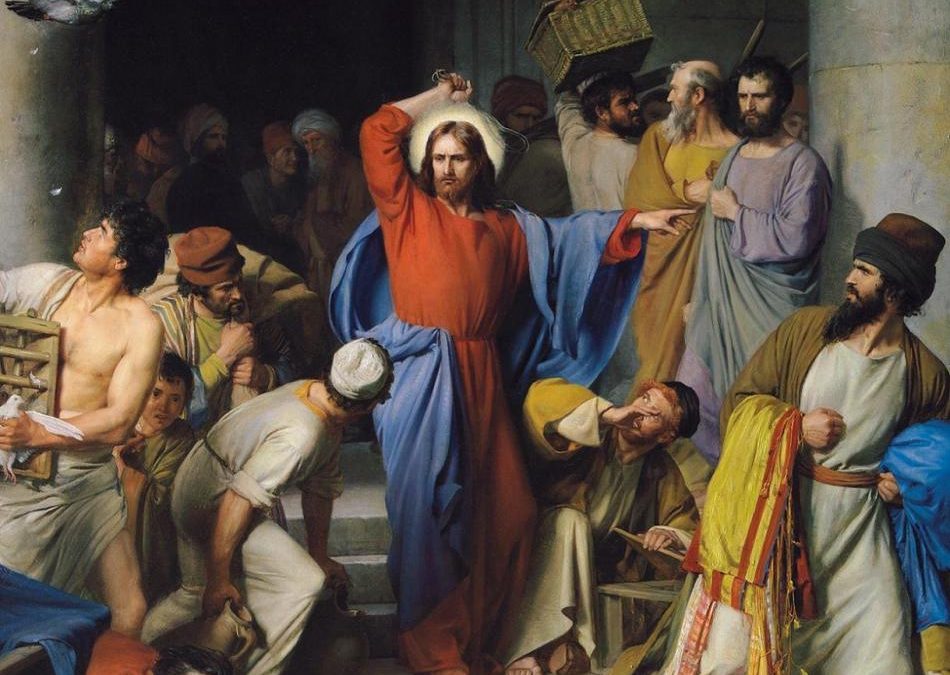 I often encounter messages from Christians of various denominations and theological orientations that make a claim of Jesus’s intentions on a particular topic. They cite a Bible verse that they argue supports their position on a theological claim or political priority. This has come up most recently for me in a number of conversations where there are disagreements over whether Jesus was primarily a “soft teddy bear” in his personal approach or instead a fiery opponent of unrighteousness who meted out “tough love” on a regular basis.

Of course, anyone can easily find Biblical passages that support both positions, but I wanted to get a better sense of the nature and contexts of these passages. So I did what any good social scientist would do: a quantitative/qualitative content analysis of the words of Jesus as reported in the New Testament. In brief, I got the “red letter” words that are attributed to Jesus in the four gospels and went through, section by section (either a sentence, group of sentences, or paragraph, depending on whether there was a general single theme), giving each one a “code” of the general theme. For example, does this section talk about the Kingdom, belief, repentance, or something else?

This, of course, is hardly a rigorous research design. It’s a fairly subjective approach and thus depends a lot on the biases I brought to the table. I also didn’t take the time to separate out the themes spoken of only once in the four gospels as opposed to repeated throughout several, so some themes are disproportionately represented in the count. And the gospels themselves even tell us that there are “many other things” that Jesus said and did than are recorded, so this does not represent a comprehensive enumeration of the sayings of either the historical Jesus or Jesus of faith. My goal was really just to get the “gist” of the themes and approaches of what Jesus said, as reported in the gospels, to get a better sense of the matter.

Here’s my breakdown of the various themes:

At first pass, Jesus says “teddy bear” stuff a little under a third of the time (29%) and metes out “tough love” about a fifth of the time (22%). Based on this, one could reasonably argue that Jesus uses both teddy bear love and tough love, both with roughly equal measure. (This doesn’t change much if you limit the sample to only the sayings of Jesus that scholars deem to be historically likely to be said by him as opposed to being retroactively added into the gospels by later communities. It’s still about a third “teddy bear” and another third “tough love.”)

I thought it interesting as well how often other themes came up. Roughly 14% of everything Jesus said made reference to God the Father, either to describe his unity with the Father, that he was following the example of the Father, or something else. About 7% of the time he was talking about the Kingdom of God. (While every religious tradition interprets the “Kingdom” in its own way, scholars generally agree that when Jesus was talking about the Kingdom he was most often referring to the quickly-approaching apocalyptic return of God’s reign to destroy the forces of evil and set up a kingdom of God’s goodness on Earth.) Another 7% focused on predictions/prophecies of the future. Interestingly, if you combine the themes of belief, faith, eternal life, rebirth, baptism, and repentance, they make up less than 10% of everything Jesus is reported to have said in the gospels.

Taking a closer look of the “teddy bear” sayings of Jesus, I counted these themes with these frequencies:

About 20% of the time that Jesus was in “teddy bear” mode, he talked about healing people, comforting people, or liberating people. He spent another 15% focusing on helping the poor, hungry, naked, sick, and incarcerated. Another 15% was spent encouraging us to include those who are outside of our social boundaries and focusing on those of the margins of society. Another third or so focused on love, compassion, and forgiveness (combined)

Taking a closer look at the “tough love” sayings of Jesus, these are the targets/recipients that I counted:

It seems that Jesus saved most (a full third) of his “tough love” for those who would not listen to him and commit to prepare for the coming Kingdom of God. Another quarter of his tough love was directed toward hypocrites (mostly leaders of the religious community) who taught one thing but did another or who were more judgmental toward others than they were toward themselves. Another 12% of his tough love was calling out the scribes and Pharisees specifically. Collectively, this is a full two thirds of Jesus’s “tough love,” with only rare examples of Jesus using “tough love” to reprove sinners who aren’t otherwise high-status hypocrites or religious leaders.

Some of the lessons I took away from this amateur and back-of-the-envelope analysis include: