A Review of Diary Of Two Mad Black Mormons 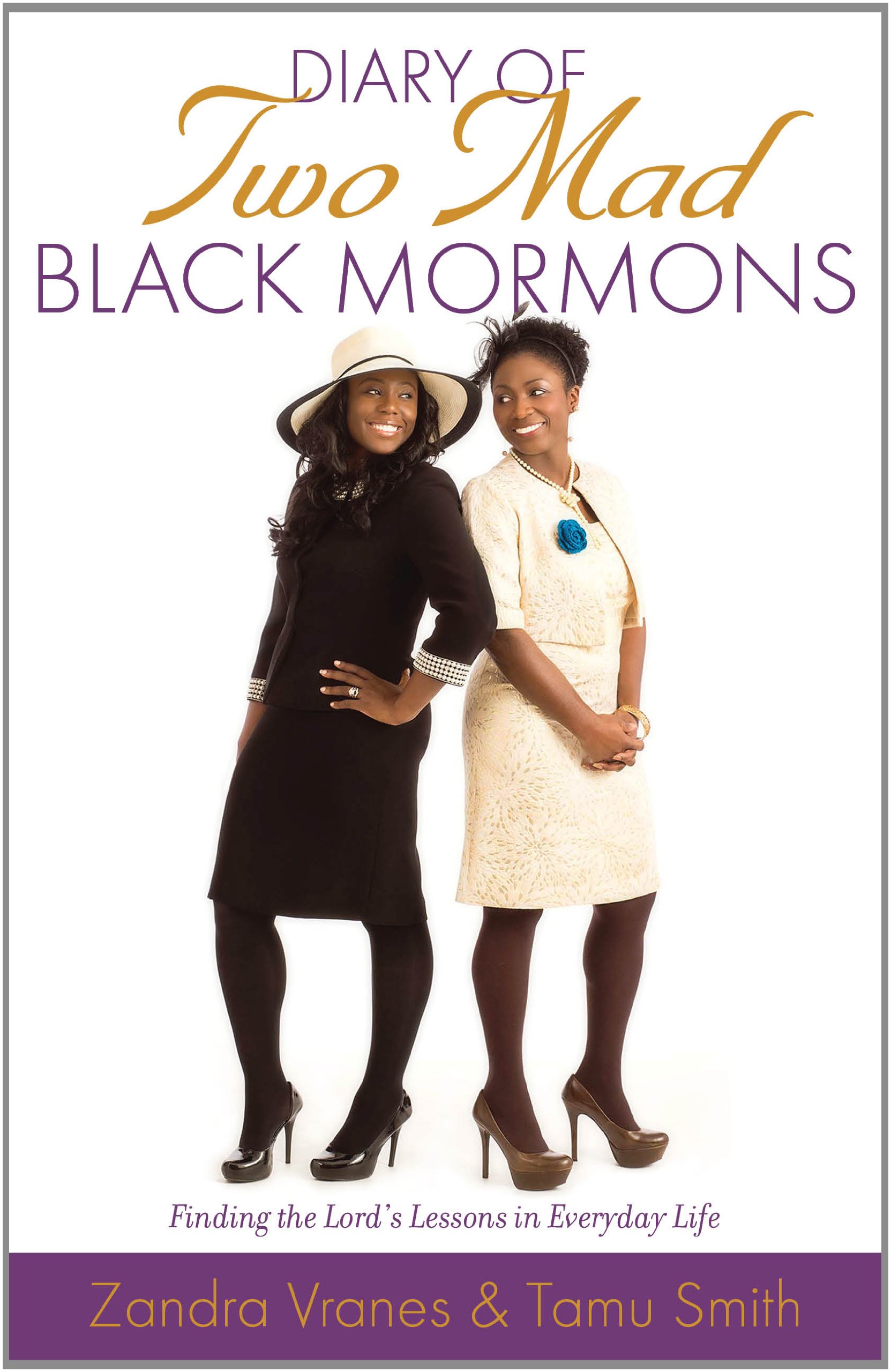 The last book I saw with “black” and “Mormon” in the title came in the form of Last Laborer: Thoughts and Reflections Of A Black Mormon, randomly (or cleverly) placed on a table outside the chapel in my ward. It was placed there around the time the statement from the Church on race and the priesthood came out, so my suspicions resided in the latter.

When I came across Diary Of Two Mad Black Mormons (not randomly nor cleverly placed anywhere in my ward), I was hesitant to read it. Whenever I see “mad” and “black” in the same sentence, I clench my jaw in response to pervasive stereotypes that exist between the two. However, the Sistas (Sista Beehive and Sista Laurel) present a narrative that is anything but angry.

The book is written through the interplay of diary entries and what could only be described as “coming to Jesus” talks that bring the conversation to a level of comfort that I find in family gatherings. While the stories that are detailed in the book aren’t speaking of a monolithic black experience, I found myself relating to, but not entirely descriptive of, themes within African-American religious culture and particularly oral tradition, such as the use of African-American Vernacular English or “Ebonics”.

The book is driven by themes of life, faith, identity, service, communion (with families and the Godhead) and our shared journeys through the wilderness, whether we are entering it, in the thick of it or exiting stage left. Perhaps the overarching theme, however, was that of finding the ability to survive (and thrive) with the teachings of Christ. It’s a theme echoed in history of Christianity as it was introduced and spread among enslaved Africans and African-Americans. The belief in Christ and his teachings were used as a tool to survive the physical and emotional impacts of oppression. Survival remains as an integral part of black theological studies on Christianity in the United States, and in the case of this book, navigating ones life on Earth.

Reading the book reminded me of the double-consciousness that occasionally arises when one is a minority, in regards to race, in a predominantly white church.

Can one maintain their blackness, attributes that contribute to ones identity as a black person, and have MoTab (the Mormon Tabernacle Choir)  in the queue on iTunes?

The answer is a resounding yes.

In the tradition of the written records of Mary Sturlaugson Eyer and Wynetta Martin, the book serves as a bridge between aspects of black African-American culture and those more traditionally found in LDS culture. The book also upholds the idea that one can in fact maintain what a person identifies as their blackness and be Mormon. Neither of these experiences serve to negate the other, but rather, each can support one another.

While I relate to this book in these ways, Diary of Two Mad Black Mormons would be an enjoyable read for anyone seeking a little inspiration, reminders of the power of faith and hope and surely by the end, a smile on your face.