In Defense of Russell Stevenson 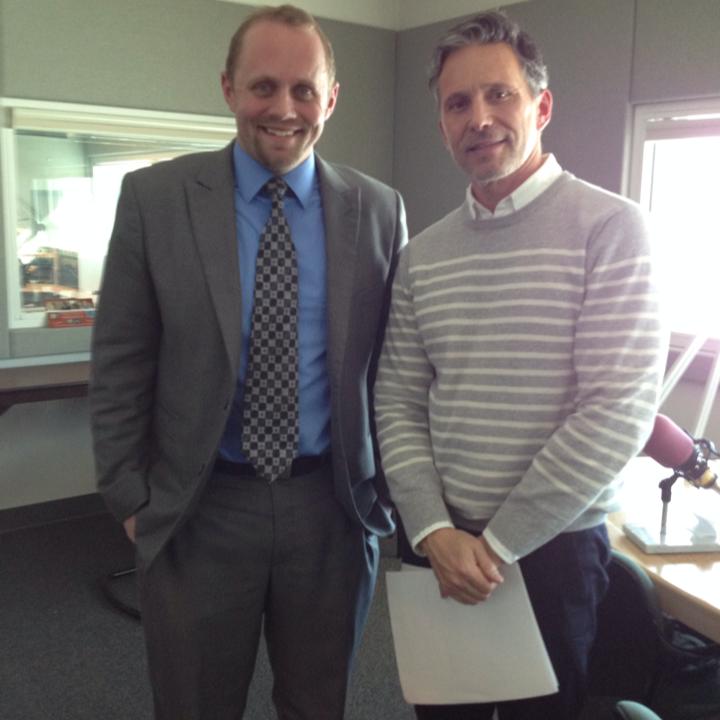 IN DEFENSE OF RUSSELL STEVENSON

This past Wednesday the radio program Radio West invited Margaret Blair Young (writer and co-producer/director of the documentary, “Nobody Knows: The Untold Story of Black Mormons and co-author of the black Mormon pioneer trilogy, “Standing on the Promises”), Marvin Perkins (a black LDS member),  Russell Stevenson (an independent historian who recently published a biography of Elijah Ables), and John Dehlin (creator of the Mormons Stories podcast empire) to discuss the LDS Church’s recently released statement, found on the Church’s webpage, about blacks and the temple-priesthood ban.   In case you have been living under a rock and have no idea of what I am speaking, click here to read the statement.    The first half of the program Margaret Young and Marvin Perkins  were interviewed; the latter part John Dehlin and Russell Stevenson were interviewed.  It is in the latter part of the show where things got interesting.  Some of Russell’s statements led to a friendly exchange between he and John.   The first of the statements that John saw as being problematic occurred around 45:32 minutes into the program.  It set off a fire-storm amongst nearly all of the Mormon Facebook groups;  some called for Russell to retract that statement.  Russell in response, did not retract his statement, but instead wrote a blog post about it on his Mormon History Guy blog.

The second of Russell’s statements with which John took issue occurred 50:13 minutes into the program.  It is this statement of which I am going to write.  Here is what was said:

Russell: I deeply value Mormon narratives.  Whether we are talking about the LGBT narrative; the black Mormon narrative; the female narrative.  And we are in perilous waters if we try to mix-and-match these narratives too much.  They each stand on their own feet, their own precedent.  So in order for me to find a compelling comparison between blacks and the priesthood and women and the priesthood, one would need to show me the female equivalent of Elijah Ables.  At some point in the earliest stages of the Mormon narrative there was a figure in the female Mormon community who is comparable to Elijah Ables.  If they cannot provide that evidence to me, then the comparison becomes much weaker.

John:   That is how a historian thinks.  I think if you ask the women, the feminist, the LGBT people, they see very clear  parallels and they may not be historically documented Russ, but they feel it and experience and they live the bigotry.

Doug Fabrizio (host):  Russell Stevenson, are you saying, ‘Don’t hold your breath if you are a Mormon woman looking for the priesthood? ‘

I agree with much of what Russell said and I agree with much of what John said.   Yes, there are parallels that can be seen with LDS women requesting priesthood, LGBT seeking equality within the LDS Church, and blacks and the priesthood/temple ban.   Yes, there are limitations to those comparisons.    My interest in writing this post is in exploring why these parallels are drawn.   There are things being said implicitly and explicitly.   To show what is being said explicitly, let me formulate it with some propositions, which if true, will  lead to a logical conclusion:

In debate, one cannot just argue against the conclusion.   One has to find a problem with one of the propositions.

The above arguments are being stated explicitly.  But, what is being said implicitly?

The implicit arguments are emotional ones.  I think this can be plainly seen in the Ordain Women (OW) movement quoting Martin Luther King’s Letter from Birmingham Jail.  The quote I have seen most often used has been the following:

“Injustice anywhere is a threat to justice everywhere. We are caught in an inescapable network of mutuality, tied in a single garment of destiny. Whatever affects one directly, affects all indirectly.”

The black American narrative does seem to have more similarities with its comparison to LGBT issues.  LGBT people have been killed. LGBT’s have been disowned and kicked out of their homes.  However, there are limitations there as well.  One could be a “closeted” gay and still have a respectable job and own a home in a white community.

It is akin to comparisons I see those of the ex-Mormon community use with the LDS Church and Nazi Germany and the Stasi.  Their explicit argument is follows:

In the above explicit argument, does it bring about an implicit emotional response?  Yes. This is why the implicit narratives are used –  because they draw an emotional response from all of us.  That is the power of these above arguments; it is in what is not being said and how it makes us feel when hearing it.

Now, I do have a question question for Russell.  If there was never an Elijah Ables, would ordaining blacks to the priesthood and allowing them to perform the temple endowments still have been the right thing to do?

Oh, ya. I almost forgot to say something. I wore purple on Sunday. Jut sayin’. 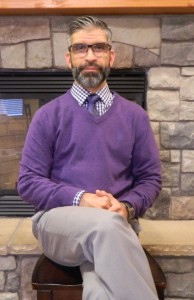 1This is following Godwin’s Law, which is an assertion made by Mike Godwin in 1990 that has become an Internet adage. It states: “As an online discussion grows longer, the probability of a comparison involving Nazis or Hitler approaches.”  In other words, Godwin said that, given enough time, in any online discussion—regardless of topic or scope—someone inevitably makes a comparison to Hitler or the Nazis.

There are many corollaries to Godwin’s law, some considered more canonical (by being adopted by Godwin himself) than others. For example, there is a tradition in many newsgroups and other Internet discussion forums that once such a comparison is made, the thread is finished and whoever mentioned the Nazis has automatically lost whatever debate was in progress. This principle is itself frequently referred to as Godwin’s law. It is considered poor form to raise such a comparison arbitrarily with the motive of ending the thread. There is a widely recognized corollary that any such ulterior-motive invocation of Godwin’s law will be unsuccessful (click here for the Wikipedia link that explains Godwin’s law).