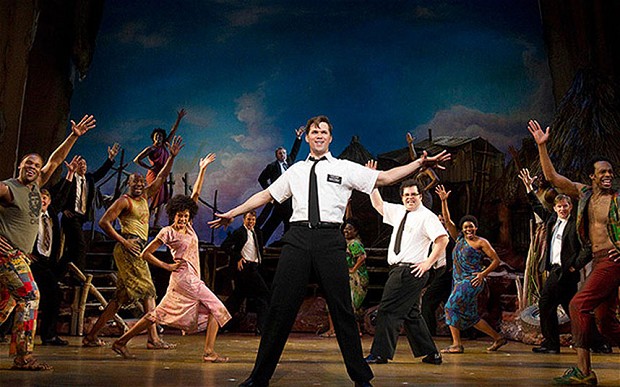 Way back in the day, when I served my mission the bar was low.  EVERY worthy young man was expected to serve a mission and serve I did.  Since 2005 we have undergone a policy change known as “raising the bar” and we won’t take just anyone to serve.  Elder M. Russel Ballard explained, “Instead of using every available young man willing to commit to the rigors of a two-year mission for The Church of Jesus Christ of Latter-day Saints, Mormon leaders wanted only “worthy, qualified, spiritually energized missionaries.”  He further said “This isn’t a time for spiritual weaklings. We cannot send you on a mission to be reactivated, reformed, or to receive a testimony. We just don’t have time for that.”

With that we increased the spiritual, mental and physical requirements to be eligible to serve.  I can say firsthand the experience is very rigorous. There is a reason Richard Dutcher referred to LDS missionaries in his film as God’s Army.  I certainly understand spiritual part of the concept.   Many of the missionaries in my mission had a certain lack of drive and purpose.   Upon reflection, I see now they were really just typical 19 year olds.  Some lacked a certain focus and chafed against rules and a strict schedule.  From my then gung-ho, hardnosed and admittedly self-righteous perspective, they tended to view the experience as a two year vacation.   I no longer see it quite this way any more.  What I now think they really were, was understandably resentful of the culture they felt pushed them into this intense experience at great personal cost.  They felt conscripted to a cause for which they weren’t even sure they wanted to sacrifice so much.  This isn’t to say they could not proselyte.  Some were quite zealous in winning other missionaries, new ones in particular, to their cause.  This led to a certain rebellious mission counterculture that could lead converts and established members alike to become quickly disillusioned with missionary work.  If the policy works to calm down the counterculture, it’s hard for me to see that as a bad thing.   It is undeniably stigmatizing to those that remain, however.  Stigma and shame are not helpful to anyone’s spiritual journey.

The mental and physical parts of the equation I am even less sure about.  Certainly, missions are tough.  They involve 80-100 hour work weeks spent in community service and proselyting. It requires a certain physical and mental stamina.  They can be high on personal rejection and thinner on uplifting experiences.  Not all who are sent find they are up to the task.  This is true no matter how enthusiastic or dedicated, whether or not they ever committed any great sins or misdeeds in their past.

The screening was made more stringent to try to pick up those with problems with depression, anxiety, or other mental illness to try and spare them the humiliation of being sent home.  The idea is to get them the help they need and avert crisis down the road.  The problem is that whether sent home or not going at all you are always going to be swimming against the endless surf of stigma.  When the problem you have is low self confidence, I can’t see being rejected as below the bar really helping any.

I had a very unique opportunity on my mission to serve with someone who could never go today.  My first hint that something was up was when the Mission President took me aside the zone conference before transfers and actually forewarned me.  I was to sever with a companion who had a mental disability.    Mentally he functioned about like a 14 year old though he was actually around 30.  He had applied to leave on a mission three times before, each time rejected until he showed he could live independently, which he eventually did.  Just being present and wearing that tag was a huge victory for him.  This meant lower expectations for himself.  He pretty much refused to do anything and everything.

I had to threaten to tickle him in the mornings to get him to study (Yes this was manipulative and paternalistic I now realize, but cut me some slack for my age.)  He regularly locked himself in the bathroom for hours at a time to avoid proselyting.   I taught the discussions by myself with him never uttering a word.  As we knocked door to door day after day, he only did 2 door approaches the entire three months I spent with him.  Every door we came up to I announced to him that this was his lucky day.  I was going to let him do this one.  He accepted twice.  I would say I failed except it turned out that those 2 door approaches were 2 more than he had done in over a year on his mission to that point.  I called the Mission President or his assistants daily to cajole him simply getting out the door.  Our pool of investigators steadily shrank.  Fortunately, this was only temporary.  I am happy to report that the area exploded with success after we were transferred out.

This might lead one to ask, why exactly did this Elder even go and what purpose did his mission serve.  I often asked him that very question.  His answer was that it was a major accomplishment for him to even be on a mission.  On reflection, he was right.  What could be more difficult for a mentally disabled person than leaving everyone you know to spend two years knocking on the doors of strangers.  He had to learn independence in a way he never could have at home.  Just by being there, he was absolutely stretching and expanding himself.  He had already faced down a “no” answer three times without giving up.  He had a certain amount of pluck.  I can’t discount that kind of personal growth

But the real amazing changes happened to me.  This elder taught me more about myself than any other companion ever could have.  You see, I was able to smile and really and truly believe this was my companion’s lucky day at every door.  I was relentless in harassing  him out the door.  My temper kept itself in check all through the experience.  If you know me, you know that’s saying something.  It was exhausting work.   The mission president actually congratulated me at one point with what I accomplished with him, stating “I don’t know how you do it.”

My answer was that I couldn’t.  I truly believe I was only able to do what I did through the Lord.  This period of my mission intensified the power of my prayers.  In the process I learned what it really meant to be filled with the Savior’s love, to gain his image in my countenance, and to sing the song of redeeming love.  My small town, backward, social phobic boy self was transformed into a confident, patient, persistent and bold man in a way I would never have thought possible. I grew to geniunely love this Elder, in a way that startled me.

I learned to see what it was he really had accomplished. I learned that he really wasn’t so different than me. He was largely bound by fear, just as I am.  He was determined to reach a goal, just as I was.  I learned to communicate and appreciate the small things of life serving with him.  This experience shaped and molded who I am and what I have done with my life.  I think it may have led me to dedicate my life to working with many similar patients.  It certainly taught me some invaluable skills for doing what I do.  For me, child neurology is truly a calling.  There are a relative few who are wanting to work with these patients and the need is great.  I have learned the reward is even greater.  I am now able to fulfill a large societal need in a very spiritually fulfilling way, and I continue to learn so much about life in the process.

Ironically. if I were to go back and do it again under today’s standards I would likely not meet the standard.  I had only an inkling at the time about how limited by fear, depression, and anxiety I really was at the time. They could have referred me for help and may have been able to spare me much pain.  However, I can’t imagine any counseling that could have approached teaching me as much about myself as I learned through this experience.

I fear that too many leaders today lack the imagination to see how one mentally disabled, or even disfigured or chronically ill could serve themselves and others with these kind of life lessons about what the human spirit is capable of.  Maybe that is self indulgent, I don’t know.  I fear that turning away the disabled only reinforces the idea that disability means inability.  It strengthens the stigma of imperfection in our culture.  Who among us is perfect?  That stigma leads to a perfectionism that can only be damaging to our souls in the long run.  Life is about learning and growing, progressing.  It is most definitely not about having arrived.

Yet, I know it is not that simple.  It is definitely not the wisest decision to send someone who has great need of medical care to a remote corner of the world.  Certainly any condition that limits the hours a missionary can spend working, limits it for both members of the companionship.  At what point is this kind of personal growth outweighed by the cost in lost converts? I don’t know.  All I know, is that the worth of souls is truly great in the sight of God.  I have to believe that God could continue to work out his plan through whoever has a real desire to serve.  I mean seriously, we are sending 18 and 19 year old kids.  Raise the bar all you want, God’s army is always going to be short on life experience.  He has stated that he will work his miracles through the weak things of the Earth.  My prayer is that our leaders everywhere can catch the vision of what is possible when we look past what our preconceptions and see what is really possible.