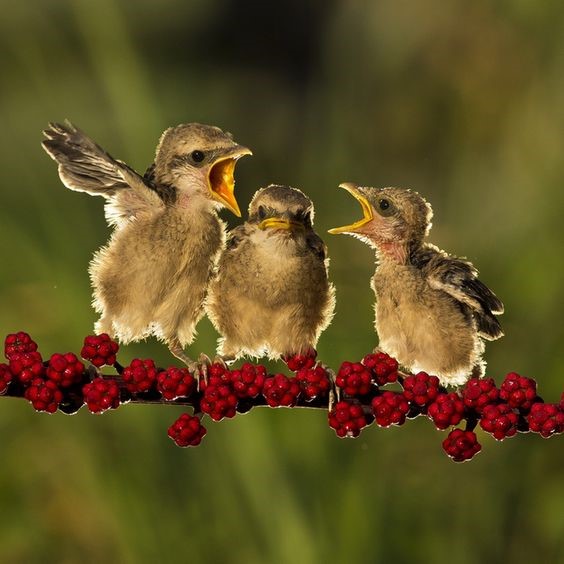 On this inauguration day, I recall how President Donald Trump has promised he will unite a divided America throughout his campaign. He told racist vandalizers and harassers to “stop it.” On Thanksgiving he made a special plea for unity. Yet, inasmuch as he has incited fearing the other, has failed to reach out with empathy, and also failed to demonstrate what that unity looks like, these calls are hollow.

How does a divided people become one without compromising their distinct values? What does a successful conversation look like between two deeply opposed people? How can the square pegs unify with those who only see round holes? Our civil discourse skills are in a famine. Is it possible to get to where politics or religion can be as enlightening and pleasant a conversation topic with extended family as the weather or which uncle’s nose did junior inherit? When Elder Oaks has to remind Mormon parents to let their children “be friends with children of other faiths,” our ability to be friendly with “the other side” is in dire need for self-evaluation.

Like all skills and especially social skills, we learn through examples. There are few examples of civil and thoughtful public disagreements. It is not politically expedient (ask Bernie Sanders about those emails). It “feels good” to score a few cheap points for our team.[1]

Successful cross aisle dialogue is difficult. Here are some examples. The Daily Show’s Trevor Noah hosted a normally fiery conservative internet star Tomi Lahren to a civil discussion where either side presented their view points, without “any illusions that they were going to find much common ground, nor that they would convince the other of their views.”[2] The divisiveness came later when partisan media sites each declared how their chosen cheerleader “skewered” the other side.[3] But watch it for yourself. No impalements actually occurred. A few years ago, John Stewart, as a guest on CNN’s crossfire, effectively demonstrated their utter failure to promote mature debate, on a show explicitly designed to instigate debate.[4] 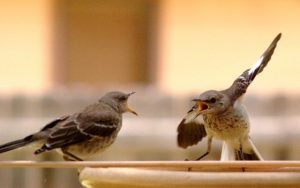 Will you be my wing man for this civil discussion?

In Mormon discussions, Patrick Mason and John Dehlin created a new blog, Inside/Out, hosted on Patheos. Mason, who wrote the book on how to a
Christ-like engage with those who leave or are thinking of leaving the church, demonstrates how to do this with one of the most prominent ex-Mormons alive. In one discussion, Dehlin brings out a common, but highly polemical analogy, comparing the church to a pyramid scheme, with nothing but snake oil to sell. Mason graciously listened and sought for understanding before affirming his position, and demonstrably disagreeing with the comparison. Dehlin followed by conceding points without betraying his underlying values.

Others recently have written excellent discussions for how to show love and communicate with those who have left the church.[5]  Mormon scholar Julie Smith’s 2016 book Iron Sharpens Iron is a collection of “fictionalized dialogues between the various voices of scripture illustrate how these differences and disagreements are not flaws of the texts but are rather essential features of the canon.”[6]

Social psychologist Johnathan Haidt, in a Ted Talk, discussed how America can find unity and heal after a historically divisive election. First, he noted the majority of Republicans and the majority of Democrats “strongly dislike” the other side and view them as dangerous and with disgust. Disgust is an othering; it dehumanizes; it allows the possessor of the feeling to be morally justified a refusal to engage with their opponent. The solution is to overcome our powerful tribal instincts and develop greater empathy. “The opposite of disgust is love. Empathy is a very popular word on the left, in particular for the preferred classes of victims. That’s easy to do because you get points for that.  But empathy really should get you points if you do it when it’s hard to do.”  Healing the left-right divide by civil dialogue with bona fide Trump supporters surely is a difficult thing to do.

Our church culture is missing this ever more important and vital skill. We mistake conformity for unity. There do not exist public examples of cordial internal disagreement.  It has been generations since the brethren have actively disagreed in public. Orson Pratt publicly opposed Brigham Young’s Adam-God doctrine.[7] James Talmage, B. H. Roberts, and John Widtsoe publicly disagreed with Joseph Fielding Smith on evolution[8]. However, with the growth of the church came a further need for greater coordination and efficiency. Disagreements became more muted, and behind closed doors. Hugh B. Brown’s public disagreements with Ezra Taft Benson were subtler. (The same cannot be said for Elder Benson).[9] Today, we hear acknowledgements that they disagree, sometimes greatly, but that is done away from the public.[10]  I grant that a functioning institution requires room to air disagreements privately.  My point is one of degrees and magnitudes.  Is it not possible to allow for more open discussion and contrasting viewpoints than what presently is seen? 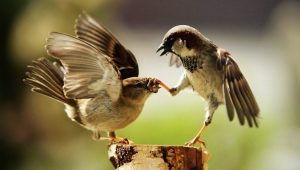 This is not an appropriate dialogue technique.

Additionally, on a local level, our ward services limit the level of civil disagreement. There has been a growing effort for Ward Counsels to allow all participants an opportunity to speak their minds and not to render an automaton rubber stamp to whatever the bishop says[11]. Sunday school can afford more opportunity to voice unique individual viewpoints. Yet, how often, when one makes a new or different comment, is their either a call to return to the correlated manual or a silent unspoken discomfort. How rare to have an actual engaging of ideas where all “are edified and rejoice together”[12] from being exposed to new points of view.

General conference has had many calls for civil dialogue with those with whom we disagree politically and morally[13]. I applaud these calls. Yet, without a culture of healthy disagreement within our Sunday school classes and quorums, our counsels, over local and general pulpits, or in our families and neighborhoods, how can we hope to have these discussions with those not of our shared world view?

[10] In a 2015 Stake Conference I attended, Elder Nelson said they disagreed all the time.  “I mean; we can’t even decide what way is best to shave our faces.”  Although, not very reassuring that substantive disagreements do occur, perhaps he meant it humorously.

Christopher is a doctorate student in economics at Washington State University. He grew up in Las Vegas, NV. He is a husband to his wife and a father to two boys. He plays the organ at church, the piano at home, and the ukelele when no one is looking. He sometimes blogs at http://bit.ly/2iDPCAf and reads books at Goodreads (http://bit.ly/2jqcdxj)

All posts by Christopher Clarke