THE CHURCH NEEDS A THERAPIST 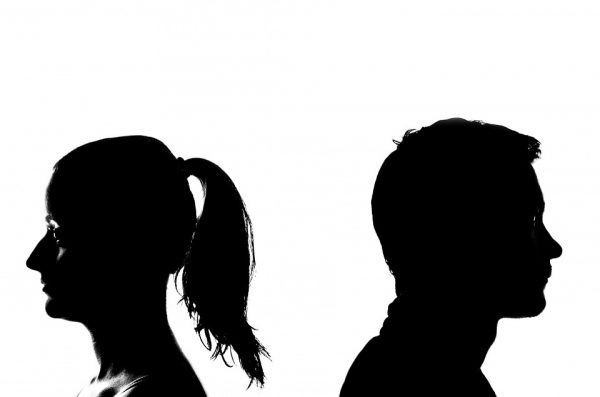 I found out my husband lied to me. It was an arranged marriage, so it isn’t like I had too much say in it before we got married, but he has been unfaithful from the beginning. I’m not talking about sexual infidelity, though there could be books written about that. I’m talking about the very foundation of who he is.

Last year about this time he really hurt me. I started questioning our relation a bit, and in an attempt to get to know him more deeply, I stumbled across some evidence of his darker side. I brought it up with him, and he laughed it off. Some friends of mine have never liked him, and he told me they were lying about him. I hadn’t ever talked to them about my husband, but I was reassured that they were lies.

I know I shouldn’t have, he had always told me, that I just needed to enjoy our marriage the way it is, but I read some of the things he had written in his journal. I found out that what he had told me were lies, were actually the truth.

I confronted him about it. I felt horrible. Even though I know he had told me they were lies, this time he told be that while some of it was true, there was a very good explanation for it. He also told me that he never told me they were lies. He has always told me the truth about his past. I just didn’t pay attention or didn’t understand it when he told me. Sure enough, he showed me some letters from 20 years ago, which referred to what I had stumbled upon. Our romance was just budding then, so I either didn’t read them, or didn’t catch the full meaning.

Had I known then what I have learned since, I don’t know what I would have done. My entire family loves him, and thinks he is the best part of who I am. They think I am absolutely crazy that I am even thinking about my relationship with him

About 6 months ago, he asked me how I was doing. He does this a few times a year. We’ll have a nice date, and he’ll ask if everything is going ok. I told him no. It was probably the hardest thing I have ever done. He was shocked, and recommended counseling. He said the counselor would help me see things correctly.

My parents found out that I had disagreed with my spouse, and they held an intervention. They told me they were afraid for me, afraid I was making a terrible mistake, and afraid I could hurt them by leaving my husband.

I told them about how he had hurt me. I told them about the lies he had told me, and how he was still spinning the truth. My parents are the smartest people I know. I was expecting understanding. I was expecting them to help. They didn’t listen. They told me I was mistaken and that I needed to go back to him and apologize. I needed to work on my relationship with him. It was obvious that by disagreeing with my husband, I had hurt my parents personally. While we have never discussed it since, it is obvious that our relationship is strained.

The counselor asked that I come back a few days later, but that in the meantime asked that I read a few guides on how to be a good wife. It was clear to him that I hadn’t lived up to my end of the marriage. He felt bad for me that I had spoken poorly about my husband. He ended the session by reminding me that my husband was perfect, and would never do anything wrong.

I did my best to read the articles he had given me. They didn’t really address anything I had concerns about, but I did take a few pointers away on how to do better.

I met with the counselor a few days later. This time was less helpful. He told me I had really mischaracterized the things I told him my husband had done. He had talked to my husband, and my husband had said those things he had “allegedly done sounded bad.” “See” the counselor said “allegedly means it didn’t really happen.” He also had a few things my husband had said, which contradict what I was saying, so I must be wrong. He chastised me to not ever talk bad about my husband or there would be consequences. I asked what he meant, but he just repeated…”consequences.”

I don’t really blame the counselor. His relationship with my husband is very important to him, and he isn’t trained as a counselor.

My relationship with my husband hasn’t been the same since I told him I didn’t like some of the things he has done or said. I asked if we could go to a different counselor, one that I pick. He laughed and said they were too biased. That they just wanted me to suffer.

He used to like it when I helped him. I even volunteered teaching. I would always tell people how great he is. He told me he didn’t want me to do that anymore. He was afraid I would tell lies.

We still have a weekly date, but it hurts me when I hear him saying things I know are not true. He was bragging the other day about how great he was. I just sat there miserably. I am afraid about the effect this is having on my kids. My daughter goes to a class each week. The professor loves my husband. He was telling her last week that I was making bad choices, and that anything I say negative about my husband isn’t true.

A few weeks ago, my husband’s friend was talking to me. He knows I have not been 100% happy. He reminded me about how lucky I am to be married to my husband. How he is the best husband anyone could possibly want. He reminded me that it’s kind of amazing my husband even loves me with all my faults. He brought up a few things that my husband claims to do that no other men can do. I would be missing out on all of those things if I left my husband, and where would I go?

It should have helped, but talking with his friend hurt me. Why is it that no one else sees the harm my husband does? Am I really as stupid as he implied by seeing my husband’s faults?

Last week I was talking to a good friend of mine. She is very intelligent. She doesn’t know much about my marriage, other than that I told my husband I wasn’t happy. It seems everyone knows about that. It just isn’t done. No one is supposed to say they aren’t happy with their husband. Anyhow, I am getting off track.

One of the things she said to me that has really stuck is if she found out her husband was lying, she couldn’t stay with him. Nothing else would matter, because if a husband could lie then the whole marriage would be a failure. All of our friends nodded in agreement. It hurt me so badly, because I know her husband is lying to her in exactly the same way mine lied to me.

Things are still strained between me and my husband. He just seems to talk past me. I find myself paying less and less attention to what he says. It’s my way of coping. If I don’t care what he says, the lies don’t hurt as badly.

The counselor reached out to me yesterday. He wants to meet. I had forgotten, but one of those special dates with my husband is coming up this week. It would probably be best for everyone if I just didn’t go. My husband wouldn’t ask if I was happy and think he is perfect. I am meeting with the counselor tomorrow. I have a pit in my stomach.

If my marriage is supposed to be everything, why won’t my husband go to counseling? Why won’t he change, or even attempt to understand my hurt?