The Church is Not a Divine Sorting Mechanism (So Why Do Some People Think That It Is?) 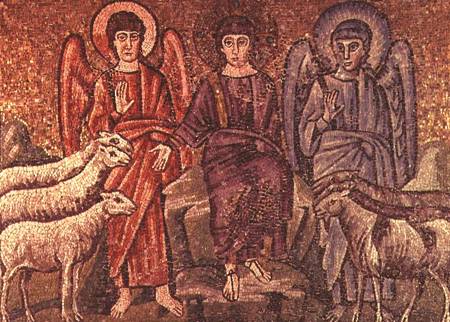 In a recent meeting with local church leaders I was caught off guard by a question. I was leading a presentation on the challenges that lead many members to leave the church when one participant raised his hand and demanded, “What’s the point of this?” As I tried to clarify that I was building to a consideration of what we might do, he interjected his feeling that such an exercise was pointless. Referencing the Parable of the Sower (see Matt. 13:3-9, 18-23), he declared that my endeavor was hopeless because some people were simply not going to make it, no matter what we did.

I was shocked. This was such a direct repudiation of my message – one which I’d been specially invited to give in a meeting I would not usually attend. It seemed rude at the least, to both me and the leader who had invited me. I was baffled by his attitude. How could someone have concluded that the appropriate response to increasing inactivity and outright departure from the Church was simply to throw up our hands and say, “Well, there’s nothing we can do!”?

Really, I shouldn’t have been that surprised. I’d run into this attitude before. While serving a mission in the United States I worked with a bishop who asked the missionaries to assist him by inviting any less active members we encountered to formally request that their names be withdrawn from the records of the Church. He even gave us stationary with the correct wording already included so that anyone would need to add only their name, date, and signature.

This bishop didn’t see the bitter irony in sending missionaries – tasked with inviting all to come unto Christ – to encourage people to cut themselves off from His Church and void their baptismal covenants, by which they had once become His daughters and sons. This bishop seemed to share the perspective of the man in my recent meeting: the idea that the Church is a divinely orchestrated sorting mechanism.

Though I rarely encounter it so bluntly, the sorting mechanism idea creeps in to gospel discussions with some regularity. But it has some scary implications.

First, if the Church were a divinely orchestrated sorting mechanism – a kind of mechanical judgment seat – for separating the righteous from the wicked, that would require the Church to be perfect at all times. Only a perfect institution could be an appropriate means for dividing the righteous from the wicked for eternity. Otherwise, it is conceivable that an otherwise worthy child of God, having found the challenges of remaining in an imperfect Church overwhelming, could find themselves on the wrong side of the dividing line. This is why Christ, and not an organization composed of imperfect people, is our Judge.

Second, a giant sorting mechanism which causes all the unworthy (and only the unworthy) to depart the Church, would suggest something deeply troubling about human nature and the limits of the Atonement. If we are to be judged solely by our willingness to enter and remain in this imperfect Church, regardless of the timing, this implies that our natures are fixed and permanent. Where does the sorting Church model leave room for repentance, forgiveness, and a change of heart? In other words, where is the room for the miraculous power of the Atonement in The Church of Jesus Christ of Latter-day Saints?

I came to understand later that the bishop I had known on my mission wasn’t cruel so much as overwhelmed by his responsibilities. At a loss about what to do in response to so many less-active members on his rolls, he had begun to embrace extraordinary measures to shrink the numbers. Overcome by the magnitude of the challenge, he had lost sight of the people – the individual souls – behind those numbers.

I expect the brother in the meeting has had a similar experience. Discouragement has led to cynicism and doubt. Sometimes it is more comfortable to feel as though our actions don’t matter than it is to feel as though we could have done more, especially if this belief simultaneously reassures us that we are among the chosen. My call for change likely came across as threatening. After all, calls for improvement imply a criticism of the status quo. I wish I had done a better job of reaching out to him while I was leading a discussion on reaching out to others.

The real purpose of the Church, of course, is stated simply in Moses 1:39. God’s work and glory (and thus certainly the purpose of His Church) is not to sort His children into neat little piles. The Church is not a celestial threshing machine that He came up with to save effort in identifying sheep and goats. It is an imperfect means for helping imperfect people become more like Him and like the Savior.

If Moses 1:39 isn’t clear enough, how about the parable of the lost sheep (Luke 15:3-7; Matt. 18:11-14) or the corrected version of the wheat and the tares (Matt. 13:24-30, noting the change in the JST)? In the Doctrine & Covenants, the Lord explicitly links the parable with the need to be “a savior unto my people Israel” (D&C 86). Or consider one of my favorite passages, Nephi’s description of Christ’s relationship to the Church:

“He doeth not anything save it be for the benefit of the world; for he loveth the world, even that he layeth down his own life that he may draw all men unto him. Wherefore, he commandeth none that they shall not partake of his salvation.

“Behold, doth he cry unto any, saying: Depart from me? Behold, I say unto you, Nay; but he saith: Come unto me all ye ends of the earth, buy milk and honey, without money and without price.

“Behold, hath he commanded any that they should depart out of the synagogues, or out of the houses of worship? Behold, I say unto you, Nay.

“Behold, hath the Lord commanded any that they should not partake of his goodness? Behold I say unto you, Nay; but all men are privileged the one like unto the other, and none are forbidden.

That doesn’t sound like a sorting mechanism to me. If we’re going to take the parables as our guide, perhaps we should begin by trying to emulate the Sower who distributes His seeds freely without prejudging the ground, the Shepherd who searches for all lost sheep, and the Savior who invites all to come and partake freely.