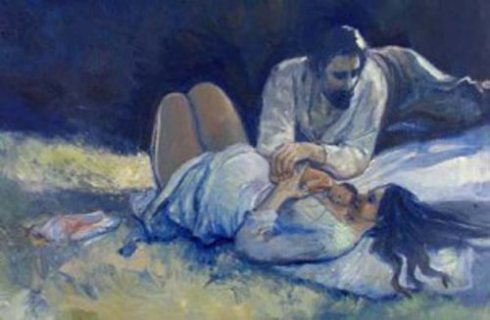 Between the fall equinox and the winter solstice there is a period of grand capitalism called “The Christmas Season”. You may have also heard it referred to as “The Holiday Season” which is accurate since it may include such holidays as Halloween, Ramidan, Chanukah, Christmas, New Years Eve and National cake day. The general idea is to try to get you to spend a disproportionate amount of your money during those three months. Marketers have developed many gimmicks to pry your cash from your purses. Rudolf, Frosty and our modern American version of Santa are actually the brain-children of advertisers. Other ploys include: Black Friday, Company parties, neighbor gifts and Jr. High School band concerts. If there is a common theme for this period of time, it is surely stress. It starts with the over zealous insistence on Christmas music in October, and continues with pressure to buy just the right thing, give just the right thing to more and more people, and wear just the right thing. I’ve even heard ads for laser liposuction so that you will look good for those Christmas photos. There are so many special productions just for the season, movies, television, theater, concerts, pageants, displays, boutiques, etc. ad nauseam. There are gifts to buy and make (but mostly buy), Christmas cards, Christmas trees, Christmas lights, treats and goodies and on and on. We worry about getting the right gifts, not forgetting anyone, not spending too much and how to pay for it all. As Christians, we are frequently reminded to remember the true reason for the season and that there is a war on Christmas!!! As if we didn’t already feel the pressure to comply with cultural traditions without throwing in some conflict rhetoric. We struggle to find the balance between worship and Santa without it turning into worship OF Santa. With all this balancing of schedules, budgeting of money, making of lists, checking them twice, shopping, school productions and parties for every member of the family, traffic, chaos in the stores, and grumpy people everywhere you go, it would sure be nice to take a break in a simpler time and place.

Joseph was a faithful Jew, engaged to be married and undoubtedly making preparations for a new household. They would need a place to live, perhaps a new house. They would need furniture, bedding, dishes, pots and pans, tools and various other household items. He was in love with Mary and surely excited to begin his life with her when he discovered her pregnancy. He must have felt anguished and betrayed as he considered all the social and legal implications, but his faith was strong enough that a message from an angel in a dream calmed his fear and distress. He chose to trust his feelings, his God, his future wife. He chose Mary.

Joseph heard the decree from Caesar declaring that every citizen would return to the city of their birth to be counted and taxed. Now Joseph had to plan a journey from Galilee to Bethlehem, eighty miles, on foot and by donkey, with a pregnant Mary who, I suspect, was not thrilled by the prospect. Not much is recorded about the voyage, but it’s not hard to imagine dusty crowded roads, frequent bathroom breaks and labor pains on a donkey. They made it, and though they really were on a divine mission, they were certainly tired and sore, hungry and thirsty. They were not spared from the realities of mortality. Surely Joseph’s instincts were to protect and provide for his wife and unborn child, so the lack of available comfortable shelter must have caused great anxiety. They found the stable, probably provided by the sympathetic kindness of the innkeeper but the disgrace of sharing space with sheep cattle and chickens with their various smells and sounds must have heightened Joseph’s anxiety. With Mary in labor, they likely sought the help of a local midwife who aided in the delivery as Joseph helplessly watched. In the cold air, amid the manure and dust and at the peak of his anxiety,

Any new father can attest to the eclipsing joy, wonder and pride that comes with the birth of a child, but THIS child also brought peace. It was one of the main reasons for his birth. Joseph’s focus was suddenly narrowed to that small boy that was now his to care for. The trials of the journey were suddenly insignificant. Scripture records the overwhelming feelings of all who witnessed the child. The angels were so excited that they could not contain themselves as they took the news to the shepherds. Wise men sacrificed much to travel to him. A priestess at the temple thanked God for the opportunity to witness and bless him.

Chaos at Christmastime is not likely to end any time soon. For Christians, It will always require a balancing act, we won’t be spared the onslaught of commercialism that gave us Rudolph and Frosty, but we can take real comfort in the promise of peace that comes when we welcome The Prince of Peace on Christmas day.