“Chopped into Little Pieces”: Why Some Commonly Accepted Mormon Beliefs About Sex Are Incoherent and Damaging 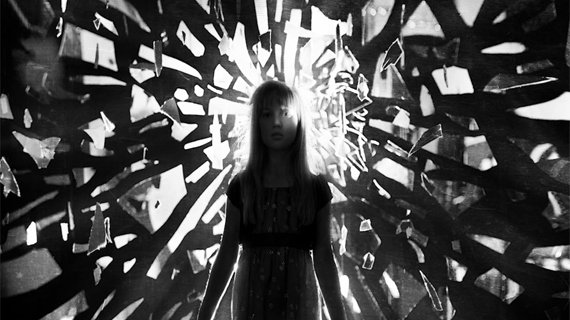 In the latest–and most devastating–account of the recent BYU Honor Code controversy, the Salt Lake Tribune interviews three BYU students who had been raped and then confronted with parallel Honor Code investigations when they reported their rapes. I want to focus on this passage, from Madi Barney:

In BYU’s statement to the Tribune, spokeswoman Carri Jenkins pointed to the school’s sexual misconduct policy: “Violations of university policy or the … Honor Code do not make a victim at fault for sexual violence … and will be addressed separately from the sexual misconduct allegation.”

Barney scoffs at the claim of separation.

‘Separate.’ That’s the word they constantly use to justify sending victims to the Honor Code,” said Barney. “You can’t just chop up the rape into little pieces and take out the parts you want to punish people for.”

Barney’s comment about authorities chopping rape into little pieces is particularly insightful. Many cultural and religious institutions try to control and manage women and sex, and her comment is revealing in terms of the way this happens in our culture. The church is so invested in patriarchal control that it often allows men and boys to be perceived as not being fully responsible for their sexual misdeeds or other general failings (though there have been important contrary public exceptions to this rule). Rather than the idea that full male responsibility for sexual misbehavior isn’t warranted because of presumed mutual consent, the underlying assumption seems to be that men are always at least partly the helpless victims of powerful external forces beyond their control. These are both sexual and non-sexual forces that the male nature is said to be almost powerless to resist without significant help (because they’re otherwise prone to laziness and selfishness, men need prods and spurs in order to work hard, be good fathers, respect women, become leaders, etc). Whatever happens, the priesthood–and men’s positions as active priesthood holders–must be preserved.

Men are still regularly reprimanded and told to do better in their personal behavior, marriages, and church responsibilities, but there’s always this underlying message: when it comes to sexual misconduct, it is not entirely a man’s fault, not when he is confronting powerful forces that he is too weak to defend himself against on his own, and not when there are always women wherever you go who behave and dress in immodest ways. A man’s actions may be condemned and even prosecuted in various ways but at the same time we will hear that women must stop contributing to male misbehavior, stop being part of the problem, curtail and shield their overwhelming powers so as to not inadvertently weaken the priesthood power so essential for managing the church. The reprimands that men can regularly expect from priesthood leaders are part of ensuring that power in the church remains in the hands of priesthood-holding men by addressing unease and anxiety among both men and women through policing from leaders and encouraging self-policing among men themselves. This helps serve to relieve concerns that perhaps all-male control of the church and its associated institutions–particularly where women and children are involved–isn’t always a good idea. Everything is fine, it can then be said; just look at them sternly flagellate themselves and remind their fellow brothers of their sins and the need to constantly do better. No need for things to change, for they are managing their own problems.

Meanwhile, women are depicted over and over again as pure and innocent non-agents, but non-agents who are also sexually irresistible in ways that men are not, a righteous yet raging fire that must be kept in check at all costs. Importantly, women are also expected to police men, usually just as much if not more so than men are expected to police themselves. Both women and men expect women to constantly remind men of their responsibilities, to be calming and moderating influences on the naturally harsh, impatient, and easily beguiled male temperament, and perhaps most especially to be eagerly receptive to male leaders’ effusive praise of women as morally superior beings who then in turn desire that the men in their lives be more like the leaders of the church. This female policing of men more fully invests women in the patriarchal order.

Thus women are almost always at least partially to blame for male sexual misconduct–while men are not as strongly to blame (if they are blamed at all) for female sexual misconduct. Female sexuality, as Barney says, is partitioned and used in this way in order to allow as many men as possible to retain their priesthood and safeguard the current order. But since these teachings and views about sexuality are universal throughout the church, they potentially impact any sex-related situation involving girls and women, whether a man’s priesthood is potentially compromised or not. Sexuality is seen as one thing when a woman is raped, while simultaneously and confusingly seen as another, different thing that contributes to her own rape. What does it do to a woman when she is forced to paradoxically see herself as pure and naturally spiritually mature, yet also with an innate potential to ruin men and endanger her own life? Women can “lose their virtue,” but it often seems as if men have no virtue to lose, and women’s potential for violation somehow becomes a causal factor that enables and then justifies men raping them. Logically, then, LDS women can be seen as genuine victims of sexual violence, deserving of the same justice and personal healing any woman should be afforded in the aftermath of such a terrible event, while at the same time being potentially indictable for being in a situation that makes it possible for their rape to occur. The parallel criminal and Honor Code investigations in the above cases are especially visible and distressing examples of where this kind of logic of dual and conflicting responsibility can and does ultimately lead, making it difficult for genuine mercy and justice–to say nothing of sound reasoning–to find a secure foothold.

Of course, assuming that any BYU students who holds the priesthood are apprehended as rapists (and there’s a fairly good statistical chance that the rapists in the cases in the Tribune story above are such priesthood-holding men), they could also be prosecuted by the law while being subject to an Honor Code investigation, but this logic inversely applies to them and in a way that doesn’t create injustice or incoherence. According to this line of reasoning, women who are raped could be considered what we might call “strong victims”  (“strong” meaning that their designation as a victim is their primary designation). They are seen here as victims of a terrible, personal crime, but they could also be considered “weak aggressors” (“weak” meaning that their designation as aggressors is their secondary and less vital designation). In this sense, they are also seen as having violated religious codes or promises which contributed to the crime or sin that made them victims and tarnished their own worthiness and the worthiness of male priesthood holders or potential priesthood holders (however much it may be admitted that they committed a serious and devastating crime). The logic is inverted on the other side with men: Men who rape could be designated “strong aggressors” because of the rape (and are usually condemned as such), but also “weak victims,” in the sense that they were subject to overwhelming desire unleashed on them by women who had seduced them in violation of their covenants (or promises to obey a school honor code), women who were heedless of the potential or real consequences resulting from their actions, however traumatizing.

This logic leads to blatant yet unintelligible injustice when applied to women (the victims who are also condemned as aggressors) but a false justice when applied to men (lesser victims even while being subjected to criminal justice–in theory–as strong aggressors). But how this applies directly to men is ultimately a red herring. Why? Because the weak senses of victim and aggressor of men and women respectively are far, far less important–to the point of total irrelevancy–than the strong senses in which the woman is a victim and the man an aggressor. Yet this reasoning insists that there is a way in which it makes sense and is vitally important that in cases of sexual violence a woman can be considered both a victim and an aggressor, and while that continues, women will be the ones subject to forces that chop their sexuality into pieces.

My comments here are obviously directed primarily at cisgender men and women, but the problems do not disappear for LGBT persons and are even compounded for them. Gay men are encouraged–explicitly or implicitly–to pass for straight men in order to retain their priesthood, lesbians by comparison are practically invisible, and we clearly haven’t a clue what to even begin to do about transgender persons. But it is clear that female sexuality is a currency to be spent and divided in whatever ways are necessary in order to pay off the patriarchal loan that keeps male power in business.

The church is far from alone in using interpretations of male and female sexuality to mutually reinforce male institutional power; it’s a truism to point out that patriarchy is everywhere to one degree or another. I’m offering no solutions here, only to insist that it is the current order of things–an order that multi-dimensionally augments and strengthens the assumed necessity of male power–that is ultimately the First Cause that leads to situations that make a woman both victim and contributor to her own victimhood at the same time. As long as sex and rape are treated as equivalents or near-equivalents, it becomes extremely difficult to see how female sexuality isn’t being used–intentionally or unintentionally–as a means to shore up the dominant story about the rigid roles and natures of men and women, a story that is detrimental and damaging. Until we begin to change what we think must be believed about female and male sexuality, we will not be able to prevent events like this that are both terrible and incoherent.

*My appreciation to Gina Colvin, Holly Welker, Blaire Ostler, and Jessica Steele for insightful comments and criticisms that significantly improved this essay.