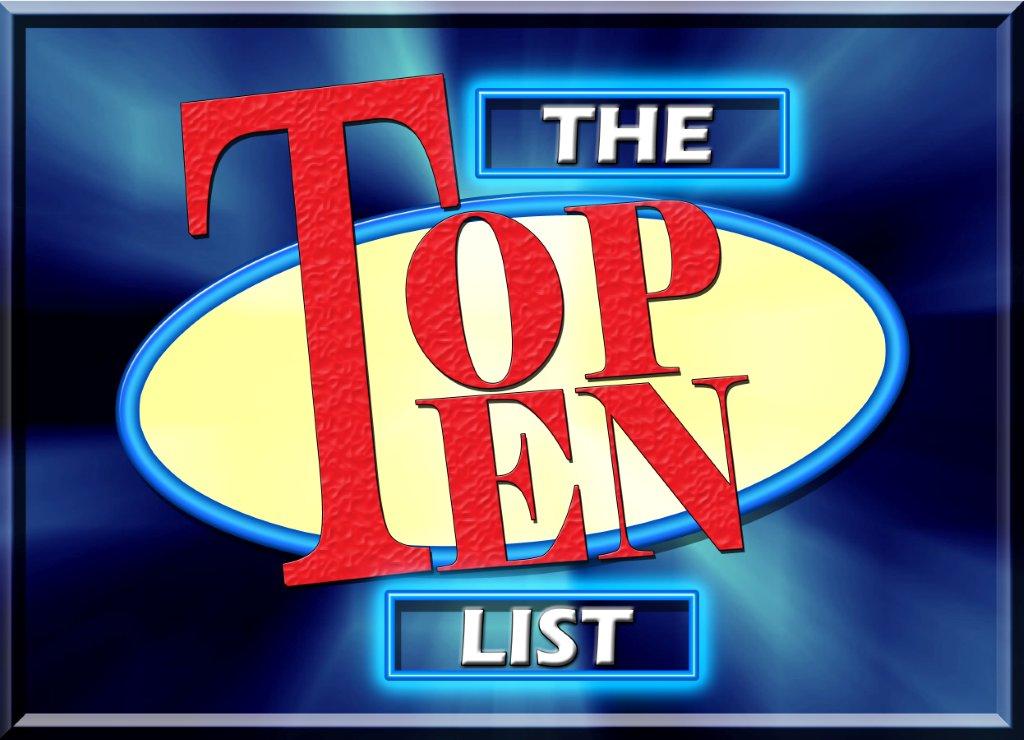 Looking back over 2014, many deeply significant things happened in my life. Of course, I won’t talk about those here.

Instead, below are a few semi-personal, half-true, completely insubstantial top 10 lists I cobbled together that are vaguely connected to 2014, Mormonism, and myself, but not in any really significant or memorable way.

What are your top ten months of the last year? (And don’t say August is #1, everyone knows that’s a lie).

Any other really trendy and original Mormon baby names you would add to the list?

1. The Book of Nephi (It’s the first one. Of course everyone is going to read it)
2. The Book of Alma (Guys getting their arms cut off? Where did that come from all of a sudden? It’s like the Book of Alma is just begging to be the Die Hard of scriptures. Sorry, Book of Alma, you’re trying too hard).
3. The Second Book of Nephi (People like to talk about how awesome the Isaiah chapters are, but who can really even understand them? Oh, that’s right, you can. Sure).
4. Words of Mormon (Am I the only one who doesn’t totally buy Mormon’s shaky explanation here?)
5. The Book of Moroni (Super short and super long chapters all in the same book might work for the Psalms, but we’re not buying it here)
6. The Book of Ether (Ether is barely in this book. Nuff said).
7. The Book of Omni (It’s no Book of Jarom, I think we all can agree)
8. The Book of Mosiah (Don’t even get me started)
9. The Book of Jacob (Clearly gunning for Book of Nephi status in the beginning but just loses steam and completely stops after chapter 7)
10. Fourth Book of Nephi (Third Nephi was pushing it. Do we really need a FOURTH Nephi? I don’t think so. And at 1 chapter, it appears Fourth Nephi agrees).

Honorable Mention: The Book of Helaman (On the fence about this one, for obvious reasons).

What do you think? Any other books of the Book of Mormon that think they’re all that but they’re really not?

Top Ten People I Will Unfriend on Facebook at the Slightest Provocation, So Help Me God

1. Top Ten Patheos Blogs Where the Order of Comments Makes Even a Little Bit of Sense
2 Top Ten of My Children Who Were My Favorite at Some Point
3. Top Ten Times Someone Apologized Online and It Didn’t Happen Again
4. Top Ten Pairs of Shoes I Own
5. Top Ten Jon McNaughton Paintings Where Obama Does Not Represent the Anti-Christ
6. Top Ten Cars Registered in My Name
7. Top Ten Greg Olson Paintings Where Jesus Appears as Something Other Than a Gentle Kenny Loggins
8. Top Ten Moments When Dick Cheney Proved to the World He Was a Human Being After All
9. Top Ten Moments Someone Genuinely Changed Their Mind About Something
10. Top Ten Unpretentious Podcasts

Any other lists you can’t for the life of you think of ten entire things for?

1. “Fast Offering Collection is Way More Fun than Snowboarding”
2. “The Unbearable Hotness of Chastity”
3. “I Know What You Did Last Summer and So Does the Savior”
4. “How Do I Know If You Know That I Know?”
5. “Why on Earth Would You Ever Not Wear a White Shirt?”
6. “10 Scriptures That Explain All the Scriptures”
7. “Strange Currency: More Lessons from the Book of Mormon”
8. “What I Wish I’d Known Before Joining an MLM”
9. “Handshakes, Peppermint Oils, and Other Defenses Against the Evil One”
10. “Wednesdays Are For Mutual” (Alternate Title: “Tuesdays Are For Mutual”) [Rejected Title: “Thursdays Are For Mutual”]

“The Three Worst Hours of the Week: 5 Coping Strategies for When The Block Meeting Is Over”

Do you know of any other rejected or forthcoming Bytheway titles? Say what you will about the man, but he’s prolific!

Top Ten Movies from 2014 Mormons Should Go To, Then Walk Out Of Early in Righteous Indignation:

2. The Babadook
3. Boyhood
4. Whiplash
5. Nightcrawler
6. Sex Tape
7. How to Train Your Dragon 2 (possible gay character; walk out with your kids, teach them a valuable lesson).
8. The Gambler
9. Persecuted
10. Sin City: A Dame to Kill For
What other films would you like to attend the first 10 minutes of, then walk out in moral protest?