Chocolate Chip Cookies, Snicker Doodles, and the Current State of Dating at BYU 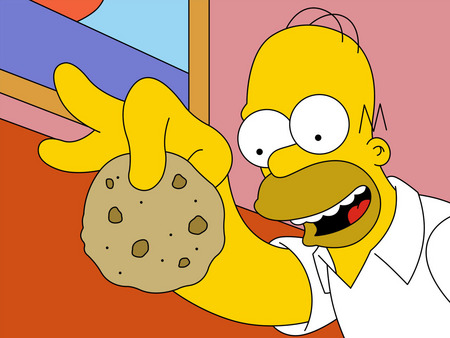 It’s the beginning of a new semester at BYU.  This means that it is, once again, time for “the talk.”  While we were given a couple of weeks to sow some wild oats (and by this I mean stay out of our apartments a little past midnight), the devotional this week was meant to bring that to an end.

The speaker for the devotional was Elder Lynn G. Robbins, of the First Quorum of the Seventy.  Elder Robbins began his talk with a chocolate chip cookie analogy.

The analogy goes something like this.  Imagine walking into a room where there is a freshly baked batch of gooey, moist chocolate chip cookies.  This will undoubtedly trigger a chemical reaction in the brain which lights up the pleasure center of your brain.  While you may try to refrain from eating these cookies, hoping not to ruin your dieting regiment, you are a lot less likely to avoid the temptation because you are too close to these cookies. 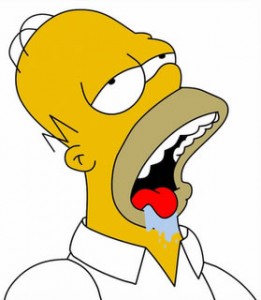 He then started “the talk.”

He began by mentioning that sexual transgression is scripturally the sin next to murder.  However, he also wanted students to understand that sexuality done right is a beautiful act which can express love and caring.  The problem with sexual transgression, he reminded, is that you are turning something good and beautiful into something wrong and dirty.  The rest of the talk focused on the wrong and dirty side.

Elder Robbins then began to classify types of sexual transgression.  Pornography was first on the list.  He used For the Strength of Youth to highlight this problem:

“Avoid pornography at all costs. It is a poison that weakens your self-control, destroys your feelings of self-worth, and changes the way you see others. It causes you to lose the guidance of the Spirit and can damage your ability to have a normal relationship with others, especially your future spouse. It limits your ability to feel true love. If you encounter pornography, turn away from it immediately.”

I couldn’t help but feel for the many students who have viewed or read pornography who hear these words and may think that a “normal relationship” with others may now be out of reach.  This was made heavier when he started throwing in assertions from other church leaders.

Dating was the next topic.  Describing the array of acts that a couple could potentially do, Elder Robbins stretched out his arms, and used his right hand to represent holding hands on one side of a spectrum, and his left hand to show sexual transgression on the other.

“Can a young man and woman kiss?” Elder Robbins asked.  Again quoting from For the Strength of Youth, Elder Robbins answered, “Before marriage, do not do anything to arouse the powerful emotions that must be expressed only in marriage.”  In other words, kissing should usually be off limits.

There are times, however, when a kiss may be acceptable.  Elder Robbins quoted President Spencer W. Kimball, “even if timely courtship justifies the kiss, it should be a clean, decent, sexless one.”  He pointed out the word kiss.  “Notice that is not plural,” he said.  More than one kiss is a step over the boundaries and into the cookie eating territory.

He explained that when teaching this to his daughter, she asked him, “what if a woman arouses a man accidentally?”  Elder Robbins clarified that if a woman was dressing modestly she has done no wrong.  However, if she was immodest she had done wrong.  I guess she is the one who baked the cookies.

“The best wedding gift to give your spouse is trust,” Elder Robbins said.  He explained that sampling cookies before marriage reduces trust after the commitment of marriage, even if you marry the person you ate cookies with.  If you and your husband began nibbling the chocolate chip cookie before your marriage, how can you know that your husband won’t see a “cute little snicker doodle” after marriage and want to try some of that?  He has already shown he has no boundaries.  One of the best ways to avoid these problems, advised Elder Robbins, is to begin a courtship by dating in groups.  He also advised couples unfriend all past relationships from their Facebook. 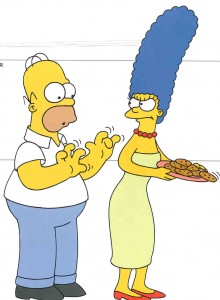 Elder Robbins did spend the last couple of minutes of his speech talking about Christ’s grace and mercy.  This part was great, but did not seem to be the focus of talk.  It was like an afterthought.

As you can expect, some of the cookie loving kids on BYU were worried by the tone of the talk.  In response, Spencer Pond, a senior biology major at BYU, wrote:

“I can’t stop thinking about cookies. The type that are fresh out of the oven. Can you blame me, when I get subjected to graphic descriptions of their warm, gooey, sweet, tantalizing deliciousness? Why must I be tempted so? And because I have, in some small ways, succumbed to cookies before, I have to deal with the memory of just how wonderful they are. Everyone knows you can’t eat just one cookie. Or at least that’s what they keep telling me.

If my friends knew that I sometimes taste cookies, or how much I want cookies, they would never trust me again. They all seem to do such a good job of keeping their distance from cookies (except one of my roommates, who brought some home the other night which he obviously made with his girlfriend). I just don’t know how they do it, since I know they all have at least smelled the delicious aroma of cookies before, and been enticed to partake. No one avoids that. Is it natural to want to at least nibble on cookies, or am I the only one who has this problem?

How can I avoid temptation in a world full of cookies? So many people don’t realize they are misusing cookies, and even consume them in front of others. Sometimes they even offer them to everyone right in the middle of campus to try and get people to like student leadership more, or to get our attention. I wish someone would punish them for making me salivate, which of course leads to me eating cookies. Don’t we have rules against that? They should have to hide those cookies.

I already made the mistake once, the first time I naively sampled a cookie. I didn’t know what I was doing. I didn’t realize that there was a proper place and time to have cookies, and that they are more satisfying when consumed properly and in the right portions. I now fear I will never be trusted to experience the true power of cookies. I’m told that the recovery process is difficult, lonely and painful. I’m damaged, and will never be the same. Even if I avoid the improper consumption of cookies for the rest of my life, I’m marked by my past mistakes. If I’m lucky, I’ll find someone who loves me anyway.

But even then, authority figures tell me that I won’t be able to truly appreciate the sweetness of true cookies now that I’ve experienced them before I was supposed to. They also imply that others will not and should not trust me to avoid temptation from all the types of cookies now that I’ve had one. These experts go to great lengths to make sure people know how much misguided cookie eating will hurt you, and how wrong it is, which I’m sure must be beneficial for all those people who have never had them before. But they only briefly mention what those of us who have had cookies should do.

I’m lost and confused. I hate myself for having cookies. I feel so guilty every time. I wish I could believe that there was nothing wrong with having cookies whenever you want. And how do I know that abstaining from cookies is even worth it? What do these experts know? Maybe I should just give up. I’ll never be as good as all those people who have not gained cookie knowledge. I made a mistake once, and I keep being reminded that even once is one time too many.”

Spencer’s concerns were only exasperated by students like Victoria who stated, “Baby, I’m a warm, moist, chocolate chip cookie in your hand.  Why don’t you come on over here for a clean, decent, sexless kiss?”

As a BYU student myself, I think all of this makes the already difficult dating situation on campus worse.  We are supposed to begin dating in groups like we are sixteen, but also need to avoid hanging out, as Elder Oaks has instructed.  Be passionate about our dates but do not express it.  But the problems don’t stop with the dating game.  This rhetoric of sexual fear could follow a couple into a marriage.  Trust and intimacy issues seem more likely when we are taught these things.  What happens if someone makes any sort of tiny mistake even once?

While I sustain Elder Robbins and don’t envy his position, I think this talk was the result of some of our cultural problems.  I am sure Elder Robbins is a nice and genuine man doing his best with what he knows, but I think we could do a lot better with this topic.  What do you think?