Chatting With the Founders of “No Poor Among Them” 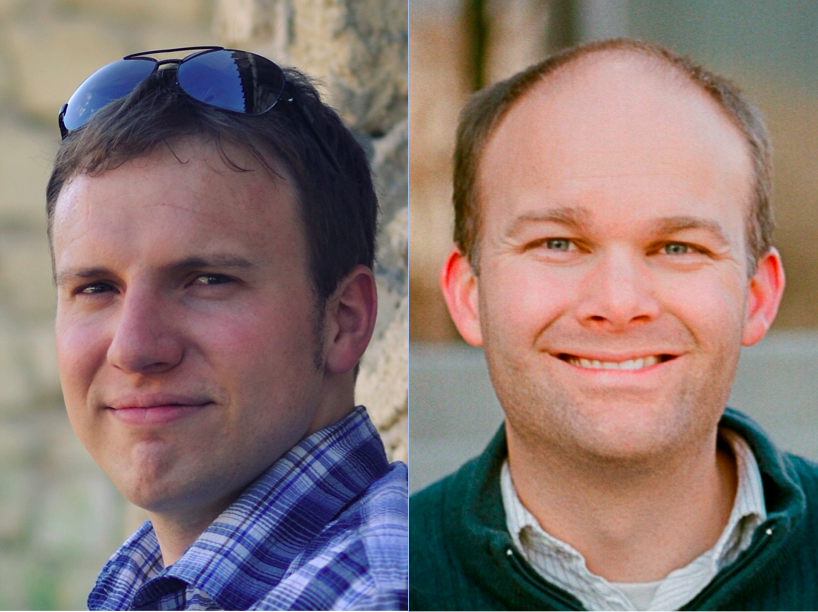 CHATTING WITH THE FOUNDERS OF “NO POOR AMONG THEM”

How did the “No Poor Among Them” project start?

Dave: In April of 2012, I experienced what I consider to be the culmination of my short-lived academic career. I had the opportunity to present at a Mormon Studies conference at Claremont Graduate University. The theme was “Mormons in the Marketplace.” Much of my research dealt with Mormon ecotheology (how our scriptures and teachings deal with our relationship to the earth and its destiny), and the Law of Consecration. Despite the fact that I realized at that conference that I severely lack academic chops, it was an amazing experience for me. I met people who I have come to greatly respect for their commitment to Zion. People like Rachel Hunt Steenblik, Armand Mauss, Patrick Mason, Warner Woodworth, Daymon Smith, and Ron and Josh Madson (to drop just a few names) opened my eyes for the potential good that Latter-day Saints can do in the world as well as the ways we are falling short as a people.

Most shocking to me, however, was learning that there are as many as 80,000 Latter-day Saint children who are malnourished. Some of these kids have died and will die from problems directly related to malnourishment.

I was taken aback when I learned this. I was under the impression that we as a body of Saints were exemplary at taking care of our own. This weighed on my mind considerably after the conference. I was devastated. At first, I blamed the institutional Church for letting it happen. How could they allow their own membership to starve and even die of preventable causes? It wasn’t until later that I realized that while I may not have the ability to alter the way things work in Salt Lake, I am part of the “they.” I could condemn the way Church resources were allocated, or I could try to do something about it.

I read of one such person: Brad Walker, who co-founded the Liahona Children’s Foundation, which works to provide nutritional supplements and educational funds for Latter-day Saint children and their friends. After reading about the work his foundation was doing in LDS blogs, such as By Common Consent and Dialogue, I wondered how I could make a difference. One thing was certain: now that I knew my fellow brothers and sisters in the gospel were starving, I couldn’t stand idly by and do nothing. Why I never let it bother me that hundreds of millions of my brothers and sisters outside my church were struggling with intense poverty was particularly damning as well.

That’s when I turned to Jason Stout, an old friend whom I knew was interested in the international development scene. I wrote to him out of the blue asking if he would be interested in starting a Mormon-themed blog/podcast where we talk to fellow Mormons about humanitarian organizations with which they are affiliated or principles of a Zion community about which they could enlighten us. I could provide the zeal, and Jason could provide the knowledge.

Jason: Dave is just being modest. He has been the mastermind behind this organization since the beginning. When he called me with this idea, I immediately saw the potential. Not only was this something I’d been interested in for years, but we soon found that NPAT could fill a void among LDS blogs: no site at that time, as far as we found, was dedicated to promoting humanitarian service from an LDS perspective.

My own path to NPAT is not dissimilar from Dave’s. For me, however, it started in the mission field. And Dave, as fate would have it, played a role there too.

Even though we had long since moved apart and hadn’t spoken in years, I ran into Dave at the Missionary Training Center in Provo, Utah, where he was working. I was in a hurry so we couldn’t stop to chat, but Dave’s parting words, which he shouted after me as I passed by, were “Work hard! And love the people!” And for some reason, those words stuck in my head for the next two years (and ever since).

Some of the best experiences of my mission were the four months I was assigned to help LDS Charities and the humanitarian missionaries with their projects. But it still pained me that I couldn’t stop to help all the needy individuals that I saw.

Since I returned, I’ve had the opportunity to work with refugees, victims of human trafficking (modern slavery), impoverished teachers, malnourished children, and other vulnerable groups in various countries. And I’m convinced that poverty is one of the biggest underlying problems that enable and engender the tragic pandemics I witnessed. I also believe that Latter-Day Saints are some of the most generous and charitable people on the planet, though I know we, as a group, can do more. That’s why I believe in the mission of No Poor Among Them.

What do you see your niche being?

Dave: We agreed to start something that would hopefully be informative and uplifting, while striving to be apolitical and positive toward the Church. We are finding a host of Latter-day Saints who are “anxiously engaged” in good causes, from a few women starting a social business for Ugandan artisans to make jewelry, to some participants of the aforementioned Liahona Children’s Foundation, to a couple who formed “The Greatness Initiative Social Club” with the intent of spreading great ideas and serving others, to a discussion of how we as Latter-day Saints can implement strategies of the United Order as found in a Catholic cooperative in the Basque region of Spain.

How did you decide on the name of your blog and what significance does it have?

Dave: We picked the name “No Poor Among Them,” from Moses 7:18, as we thought it conveyed a powerful ideal of a Zion community. We figured that those of us who seek to exercise “pure religion” would latch on to such a concept.

When did you know you had “made it” in the bloggernacle?

Jason: We recently celebrated the first anniversary of No Poor Among Them and were happy to hit our first thousand followers on Twitter not long after. Our fledgling project has had some great successes but has yet to gain the broad traction we’re aiming for. Increasingly, however, people in and out of the Church are finding that our message resonates and we hope to be a go-to “Mormon blog” and podcast in the near future.

Dave: I have become familiar with so many great people and organizations doing good and seeking to build Zion as a result of my work with No Poor Among Them. I recently became a board member for the Liahona Children’s Foundation. This fall, my wife has baked around 40 loaves of bread each week to sell at a farmers market and all the proceeds go to help street kids in Ethiopia, or kids in need of education in Haiti. In short, we find ourselves more actively involved in humanitarian efforts beyond the institutional Church’s scope.

Jason: That, I would say, encapsulates our goal perfectly. The Church organizes wonderful service within and without the family of saints, but we think that our unique LDS doctrine preaches a powerful Gospel, one that can inspire us not only to serve within our defined callings but also to range “through the whole world, anxious to bless the whole human race,” as Joseph Smith said.

Dave: It is a wide world with many fellow Mormons who are just as passionate about realizing Zion as we are.

Jason: Yes, and many of them have already been guests on our podcast.

Dave: And we hope that we can inspire many more of our fellow believers to work toward Zion. To ensure that every man, woman, and child has the necessities of life, and hopefully more. After all, “The Lord called his people Zion because…there was no poor among them” (Moses 7:18). We hope that No Poor Among Them serves as a gathering place for people interested in building this Zion. We hope you’ll pay us a visit, like us on Facebook, spread the word, and get involved.

Dave Dixon is the co-founder of No Poor Among Them, an LDS-humanitarian-themed blog and podcast geared toward raising awareness of poverty and suffering in the world, and inspiring action among the Saints to build Zion. He currently works as a GIS consultant in Northern Nevada. He and his wife, Jana, have two wonderful boys.

All posts by David Dixon