Call Him and Tell Him to Come Home 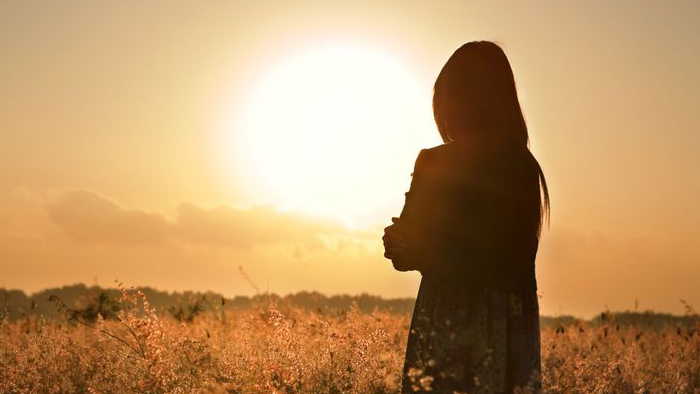 My dad died while I was a missionary.

But the Church of Jesus Christ of Latter-day Saints taught me how to react to it many times and for many years before: “forget yourself and get back to work.”

When my mom made an exception-to-the-rule phone call and told me he had passed, the decision had been made long before. She said something like, “do you feel like you can stay out there?” or “are you okay with not coming home?” Something that implied finishing the last 4 months of my mission was the default. But I didn’t need to think about it, it wasn’t a difficult choice, and even if she had suggested I come home, I probably still wouldn’t have thought twice about staying.

I had a brief phone conversation with my mom and my sister about his life, stories later shared at his memorial service. Mom told me she could call back with details about the funeral. I thought that meant she’d ask me what I’d like to include.

My mission president told me I was the third missionary to lose a parent in his two and a half+ years of tenure. He said the others told their companions, but no one else knew. He kept them all nameless, for privacy’s sake, and said they might be able to help cope if I’d like to talk to them. When I said yes, he told me he’d get permission from them. I never heard back from him.

Dad died in a newsworthy way, and my companion got his obituary and the front page Daily Herald article about his passing in the mail before my mom called me back. I was stuck in a room and tied at the hip with a guy I barely knew who, just days before, told me my dad would survive and who had more information about my dad’s death than I did.

After I lashed out to my family in my weekly email home, my mom called to tell me how the funeral was. Too little too late. I later got a cassette recording of the service that I listened to several times.

Then one night following reporting numbers, my companion handed me the phone. My district leader’s junior companion was chewing on what sounded like an apple at 9:35 at night, “Elder Salisbury, I heard a rumor,” chomp chomp, “your dad’s dead.”

Silence. I would have bet every dollar I had as a missionary that he mouthed to his roommate the DL: “it’s true!”

“And?” Thanks for the pain, asshole.

Ugh. “Thanks.” I ended the conversation as fast as I could. I didn’t want to talk about it. The news was getting out.

I started to have waking nightmares that people on the street would know who I was, or that I would see my face in the local paper. I wasn’t thinking rationally.

Other than crying about it on my own, that was pretty much the extent of my grieving. Nobody suggested I come home. A few said they were proud of me, but I didn’t feel proud. I felt like the church stole the last 20 months of my dad’s life from me, lied to me about keeping my family safe, and told me all the sacrifice would pay off one day. If this is blessed, I’d hate to see how I could have been cursed for coming home. I would gladly take that chance now.

My father’s death was the single most traumatic event in my life, my first big shelf item, and a full third of the reason I left the church 9 years later. When the church says that a missionary shouldn’t go home for a funeral, they are tacitly saying that they don’t care about the missionary’s mental health or well being, that their job is more important than the grieving process, and family definitely comes second to the church. The church doesn’t care about the missionary nearly as much as it cares about getting more tithe payers. Being told to forget myself feels like it wiped away my individuality. I’d like to see the data on the effectiveness of missionaries after they’ve suffered a loss; I know I was ineffective after (not that I was totally effective before).

My very limited support taught me to internalize my pain. For years my coping mechanism was “don’t think about it” much to the detriment of my mental health.

What Would I Tell Them?

If I hear of a missionary who lost a parent or a sibling I wouldn’t tell them to do what feels right to them, because the church has already told them what’s right for them: stay. They will hear from very few voices, if any, telling them the benefits of coming home. They may only hear one voice of opposition; that voice should be rational, strong, and persuasive.

Nobody suggested I come home. If I could go back in time, or tell someone in the same situation, I’d say go home and be with your family. Cry on their shoulder. Tell stories. Gather in a circle and laugh together. Watch them wipe their tears. Don’t hide your sadness, it’ll only make it worse. Share it. Don’t grieve alone, be with those who loved them as much as you do.

Plenty of people will assume they should stay out; they need to hear a clear voice suggest an alternative. I’d even employ Joseph’s “standard of truth” and say that the missionary work will go forth boldly, nobly, and independent without you, but your grief will be best dealt with by sharing it with those you love. A 19 year old indoctrinated missionary thinks they understand how the world works but they really don’t have a clue. And the church prefers it that way.

If I Were In Charge

I’ve caught a vision of Russell M Nelson, or some other prophet, in his wisdom, forethought, and revolutionary attitude publicly proclaiming that missionaries should go home and be with family if an immediate family member passes. The church should provide professional grief counselors at no cost to the family, not just the mission president’s wife.

After the church lowered the mission age, the number of missionaries jumped by 42 percent, but the number of baptisms only increased by 4 percent. I wish the church would say to missionaries that they don’t need you, those who can be found will be found. What we do need is for you to be healthy. And everyone should greet them with arms open, full of love and no less proud.

If you ever hear of a missionary who loses a loved one, call them and tell them to come home.