BYU-I: All Aboard the Crazy Train 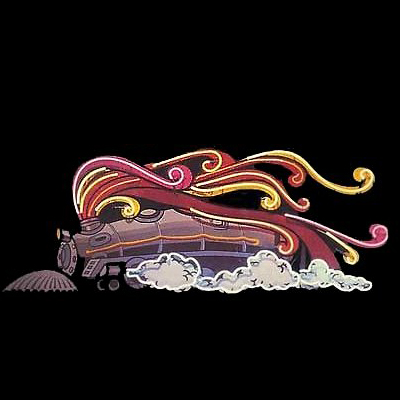 This little gem came across my Facebook feed this afternoon. It has already gotten a lot of buzz so I thought I would throw in my two cents, since I am alumni. President Clark is the president of BYU-Idaho located in Rexburg, Idaho. This is what he wrote on his Facebook page: 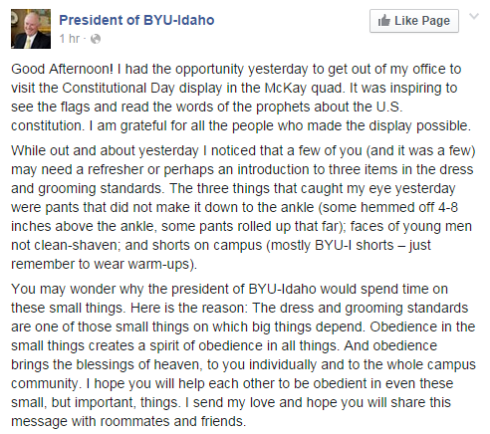 Go ahead and read it again, I’ll wait here for you.

So let’s just go through this bit by bit. BYU-Idaho does have a dress and grooming standards that ALL students have agreed upon before entering the school. It is a requirement to sign this agreement or “Honor Code” to attend this school.

That being said, this is all wrong – along with this dress and grooming standards. His statement is terrible because it lacks understanding and compassion. He doesn’t know these students and he doesn’t know why they are dressed this way. Was the non-clean shaven man up late the night before taking care of a sick roommate? We don’t know and neither does President Clark. All he knows is that these men are not obedient. Since they can’t be obedient with something so trivial, something so small, who knows what is happening when he goes home! He is probably touching pink parts with his girlfriend!!!!! SINNERS! ALL OF THEM!

“The worst sinners, according to Jesus, are not the harlots and publicans, but the religious leaders with their insistence on proper dress and grooming, their careful observance of all the rules, their precious concern for status symbols, their strict legality, their pious patriotism. Longhairs, beards, necklaces, LSD and rock, Big Sur and Woodstock come and go, but Babylon is always there: rich, respectable, immovable.” – Hugh Nibley