Brother Miller and Me 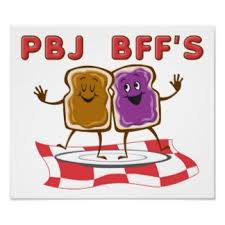 I learned something important the other week.  Once again, one of those unexpected lessons.

A few weeks ago I wrote a post, Why the Church is Truer Than the Gospel,  about me not wanting to attend church on a particular Sunday.   Part of the reason for not wanting to go was my concern of how the Gospel Doctrine class would go.  That day, the lesson was on the succession crisis following the death of the Prophet Joseph Smith.   In the post I described my experience as follows:

“…I held my tongue during the Sunday School lesson.   I kept my eyes closed during most of the lesson.  I swear my tongue was going to bleed because I was biting it so hard.  At one point my wife leaned over to me during one particular part of the lesson that she knew just wasn’t historically correct.   I looked at her and said, ‘No.  I am not going to say anything.’  Toward the  end my bishop sat next to me…”

That Sunday I received a call from Brother Miller,  our Gospel Doctrine teacher.   He said he had read my blog and appreciated the compliment I gave him at the beginning.   He then read the above quote, “…I held my tongue during  the Sunday School Lesson.  I kept…”

I had two immediate and simultaneous, opposing responses:

The other was, “Mike Barker, hold your ground and defend yourself.  Don’t back down.”

I decided to listen to the former and something wonderful happened.

I asked Brother Miller if I had offended him with my blog-post.   He responded, “No, I am not offended. I am concerned. Mike, I do not want you to be miserable or uncomfortable when I teach. What can we do together to address this?”   He completely disarmed me.

We talked about the difficulty he has as the Gospel Doctrine teacher in providing an atmosphere where faith can grow while still trying to recognize how complicated history is.  We spoke of the real constraints that are imposed on him to “stick to the manual.”   I pointed out that he always brings in wonderful outside material and in doing so, “He was giving that instruction the middle-finger.”  he laughed.

We spoke about Michael Quinn and other important LDS scholars.   I began to appreciate the depth of understanding he had of our complicated LDS history.

We spoke for almost an hour.

When I hung up, I looked at my wife smiling.  An acquaintance from Church was now my friend.  I said to my wife, “Cathy,  he expressed the idea that he, at one time, had been where I am now.”  Whether or not that is correct, I don’t know.  But it provoked some thinking on my part.  Where am I exactly?   Does Brother Miller really know where I am?   Do I want to be somewhere different than where I am now?   I looked at my wife and said, “You know, I don’t know if I ever want the struggle I have with the Gospel and the Church institution to ever end.”  It is through that struggle, the pushing and pulling, that I know that I am alive.  When muscles are sedentary, they atrophy.

Two other thoughts then entered my mind:

“…We have the zeal but not the knowledge, so to speak. And this the Prophet Joseph considered a very dangerous situation in the Church. Speaking to the new Relief Society, ‘[he] commended them for their zeal, but said sometimes their zeal was not according to knowledge.’   What good is the power, he asks, without real intelligence and solid knowledge?” (Hugh Nibley, Zeal Without Knowledge)

We as a Church must learn to temper our zeal “to help” by dialoguing with the person with whom we might have a disagreement.  One of the complaints I have with blogs (this one included) and the different private LDS-themed Face Book groups is that they often end up being an echo-chamber of disaffection and complaining.    Instead of approaching someone at Church and confronting a person who might have offended us and saying, “You know, what you are saying/doing is making it hard for me to be LDS,”  we immediately go to a private Face Book group or a blog and write out our complaint.

Brother Miller taught me the importance of speaking directly with the person who might have caused offense.  I had the opportunity some time later to put what I learned from Brother Miller into practice.

The following week the online magazine, Slate, published a piece about our  sister-blog and it caught the attention of  The Foundation for Apologetic Information and Research (FAIR). I subscribe to FAIR’s daily email letter entitled, FAIRMORMON’S FRONT PAGE.   This letter is sent out daily and has a compilation of things that are newsworthy that touch Mormonism.  Sometimes people are encouraged to go to a blog or an online paper and defend the Church.   Well, as you might guess, FAIR asked people to go and defend the Church at Slate’s web-site regarding our sister-blog.  I was flabbergasted!  I felt like there was a bounty on our heads.   We weren’t criticizing the Church.  What should I do?    Should we start an on-line war with FAIR?  Then I thought about Brother Miller.

I have had some good interactions with some of the apologists at FAIR, so I reached out to one of them.  I told them that I didn’t believe this was a fight in which FAIR needed to expend its energy.   In a return email, he said that he would pass my message along to the person that gathers the news stories for the daily mailer.    I then reached out to her.

We spoke soon after via Skype.  It was good.    She apologized.  I had made a friend instead of an enemy.

What had I learned?   Action with ignorance can be one of the most dangerous forces we have.

Thank you Brother Miller for that lesson.