Book Review: “Days of Awe and Wonder” by Marcus Borg 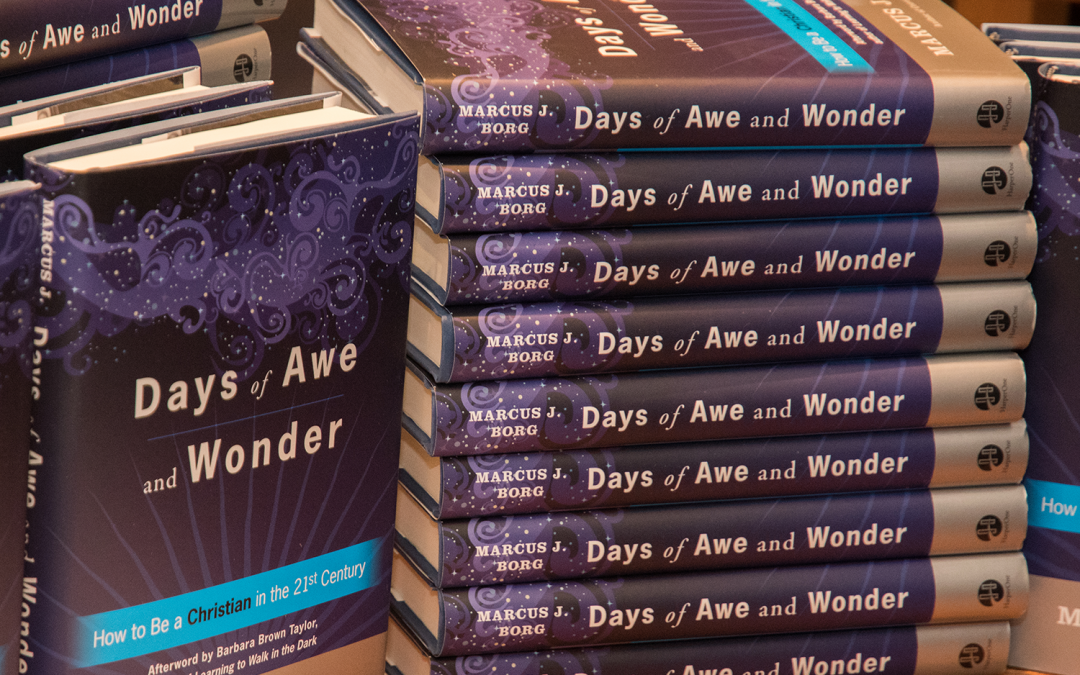 Many Rational Faiths readers are likely already familiar with Marcus Borg. For those aren’t, I highly recommend getting to know him.

Marcus Borg (1942-2015) was a highly-respected and renowned academic who specialized in religious studies, with a specific focus on the New Testament and historical Jesus research. He was also a prolific author, pumping out more than two dozen books over the course of his career in addition to numerous articles, blogs, and essays, both scholarly and devotional.

For some, being trained as an academic who studies religion makes it difficult to maintain faith and belief. While this is common and understandable, it was not Marcus’s path. By all accounts, he maintained a strong faith in Christianity throughout his life. He did, however, have to continually revise his understanding of concepts like “faith,” “God,” “Jesus,” “atonement,” “Christian,” and “scripture” as he sought to reconcile faith and evidence.

As such, Marcus devoted much of his life to ministering to those who find it increasingly difficult (if not impossible) to maintain faith in a traditional, literalistic religious paradigm, especially for those in the Christian tradition. Through his books, blogging, preaching, and in-person ministering, he modeled a way to maintain faith and identity in the Christian path while incorporating scholarly and historical treatments of religion and Christian faith into one’s worldview.

Marcus passed away in 2015. Days of Awe and Wonder was published two years later and is a collection of essays and excerpts from Marcus’s various works. It is subtitled “How to be a Christian in the 21st Century.” Through these essays, Marcus explains how he came to his understanding of the nature of God, the Bible, Christianity, faith, and the Spirit. They outline a path that those who continue to work to maintain faith but engage in the conflict between religious narratives and empirical evidence.

Some excerpts from this book include:

Language about the “other world” [the world of the Spirit] is necessarily metaphorical and analogical, simply because we must use language drawn from the visible world to try to speak of another world constituted by very different realities and energies. If anything is to be communicated at all, it must be by analogy to what we know in the ordinary world or in images drawn from the ordinary world. Thus God is like a father or mother, like a king, like a shepherd, like fire; but God is not literally any of these things. Yet, though the language is metaphorical, the realities are not.  (pg. 5)

I now see the Christian life very differently. I now see it as a journey. … To be on a journey is to be in movement. Moving from place to place – there is change in such a life. A journey is a process that involves our whole being. It involves our feet as well as our minds and heads. A journey involves following a path or a way. … The journey image suggests that the Christian life is more like following a path than it is about believing with our minds.  (pg. 19)

Repentance, thought done by individuals, was not a turning from individual sins so much as a turning from a certain understanding of God and Israel to a transformed understanding. It called for a departure from the established structures that had shaped and nurtured the existence of those who heard Jesus to a new understanding of Israel as a community of inclusive compassion that would allow it to face a future that was largely unknown, with only the promise that ultimately God would vindicate them.  (pg. 73)

The way of Jesus involves dying to an old way of being and being born into a new way of being. That death and rebirth are at the very center of the Christian life.  (pg. 127)

Put very simply, the Kingdom of God is what life would be like on earth if God were king and the rulers of the domination systems of this world were not.  (pg. 169)

Each religion originates within a particular culture and thus uses the language and symbols of that culture. … Thus being Christian, or Jewish, or Muslim is a little bit like being French or Italian. To be French means not only knowing French; it means knowing something about the ethos of being French, it means to have lived within a French world and have had that world structure your vision of life.  (pgs. 207-208)

To take the cross of Jesus seriously means to die with Christ and be resurrected with Christ, to be reborn in Christ. … Dying to an old identity and being born into a new identity, an identity in God, in the Spirit, in Christ.  (pg. 231)

I highly recommend Days of Awe and Wonder. It is an excellent collection of some of the highlights of the writings of Marcus Borg. Progressive Christians will find the content to be both devotional and ministerial in their faith journey, as well as intellectually stimulating. Traditionalist Christians, while perhaps not finding the arguments persuasive, may become better equipped to understand and minister to those who see the world differently than they do. They might even find themselves inspired to “repent,” or in other words, “to go beyond the mind that you have” (pg. 235).

More about Marcus Borg and his work can be found at: www.marcusjborgfoundation.org (also photo credit).