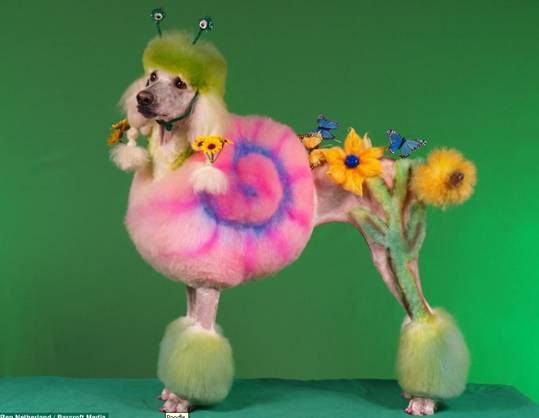 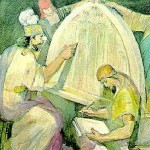 Click here to listen to Jared Anderson’s podcast that reviews this lesson.

I apologize for getting this out so late.  It was eight chapters long.  You will also note that none of Grant Hardy’s notes from his, Understanding the Book of Mormon: A Reader’s Guide, are included.  I just had not time to go through that.   You will most likely find many grammatical errors as I did not proof-read this post.

“By Faith All Things Are Fulfilled”

This chronicle closely follows Ether’s genealogy at Ether 1:26-33, but in reverse order.

7:4, 5 “…Land of Nehor…Land of Moron”  Have we heard of these places before?  At least the Land of Moron has some description along with it.

7:23 “…a curse upon the land…” What evidence do we have within the text that there was indeed a curse?   Are we expected to just believe Moroni?

7:26 “…and they began to prosper again in the land.”  What evidence do we have of the Jaredites not prospering?   It is interesting to note that just after mentioning the Jaredites prospering, wealth is not mentioned, but the King Shule’s ability to create offspring is.     Do the Jaredites and or Moroni have a different definition of what it means to “prosper”?  Meaning, it is not wealth, but offspring.

The Reign of Omer (Jared2 Rebels/Esrom and Coriantumr1 Restore):  Ether 8:1-6

8:4 “…he was in captivity…he begat sons and daughters…”   I guess he wasn’t in prison, or if he was, he was allowed conjugal visits.

The Rediscovery of Secret Combinations:  Ether 8:7-19

8:9 “…the record which our fathers brought acros the great deep?”   Nothing further is known about this record, but see Ether 1:3-4

8:15 “..and Akish did administer unto them the oaths which were given them of old….”  How did Akish learn of these oaths?  Were they taught by Jared or perhaps by Jared’s daughter?  Did Akish have access to the old records that contained the oaths?  See:  Genesis 4  Cf. Moses 5:29-31, 49-55.

8:17 “…and Jared put it into the heart of Akish…”  This partially answers the question asked above.

The following list of meanings, though not exhaustive, illustrates some of the ways in which the term secret combination(s) appeared in American discourse during the early to mid-ninteenth century:

1. A covert alliance of princes or states. English historian John Strype states in Annals of the Reformation, published in 1709, that “the chiefest Popish potentates entered into a secret combination to destroy the reformed religion utterly.”   This meaning of the term continued throughout the 18th and 19th centuries. In 1846 a writer spoke of “a secret combination of Catholic princes” arrayed against Luther, and another historian employed the term to describe a secret alliance between Austria and Russia in the 18th century.

2. A conspiracy against a monarch by members of the nobility. David Hume, in his monumental History of England, published in the middle of the 18th century, twice refers to a conspiracy among the barons of King John as a “secret combination.”  In an American short story published in 1837, the term describes a court conspiracy against the Emperor Constantine. In another case it points to the plot to assassinate Julius Caesar.

3. A criminal conspiracy to get gain. Writers frequently referred to predatory criminal organizations as secret combinations. For example, in 1788, during the trial of Warren Hastings for conspiring with native rulers to plunder the provinces of India, English writer and statesman Richard Brinsley Sheridan described the scheme as a “secret combination.”  Frank Soul, an early historian of the state of California, describes the criminal syndicates that sprang up there during the gold rush:

While this constant immigration favored the freedom of criminals from arrest, it also helped to extend their acquaintance among kindred rogues. Wherever they went, they knew there were one, two, or half a dozen noted haunts for fellows like themselves, upon whose aid they could always rely, to execute new outrages, to swear an alibi, or give any kind of false testimony that might be wished; to fee counsel or offer straw-bail, or to plan an escape from pursuit or prison of themselves, or some hotly pressed associate in crime. Thus there was gradually formed a secret combination among the chief thieves, burglars and murderers of the country, minute ramifications of which extended down to the pettiest pilferers. (http://maxwellinstitute.byu.edu/publications/jbms/?vol=12&num=1&id=310)

8:26 “…I, Moroni, am commanded….”   Interesting that Moroni was actually commanded by God to write what he has written.  Not only that, Moroni gives us the reasons for which he wrote about the secret combinations.

Akish and His Sons (Omer Overthrown, Then Restored)  Ether 9:1-13 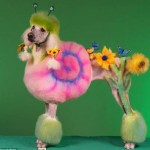 10:5 “…did have many wives and concubines…”  I never realized that there is an injunction agains polygamy other than what we find in the Book of Jacob.

10:32 “…Com…King Amgid”    King Amgid  is not noted as being a king in the genealogy listed at the beginning of the Book of Ether.  Instead it goes from Hearthom to Heth to Aaron to Amnigaddah to Coriantum to Com.   See Ether 1:13-17.   Hmmm…..

11:17 “…and he was a descendant of the brother of Jared…”   What is Moroni’s purpose in mentioning this?

11:21“…bring forth another people to possess the land…”   This is referring to the Nephites and Lamanites.

Moroni2 and the Lord Discuss the Gentiles and the Book of Mormon:  Ether 12:22-41

12:27 “…show unto them their weakness.  I give unto men their weakness...”   It always bothers me how weakness gets pluralized when people read this scripture.  It’s weakness not weaknesses!   Get it right!!

12:41 “…I would commend you to seek this Jesus…Amen.”  Doesn’t this sound like Moroni intended to end the record here?

13:8, 9 “…and they shall no more be confounded, until the end come when the earth shall pass away….and then  cometh the New Jerusalem…”  OK,  I’ll be honest here.  The chronology of this is confusing.   So, does the new Jerusalem come before, during, or after the Millenium? 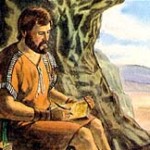 18:17 “…Cohor…Corihor…”  These may be contemporary figures, or they may be ancient kings of a rival royal lineage.  See Ether 7

The Brother of Shared Fights with Coriantumr2:  Ether 14:1-10

14:9 “…high priest…”   This seems to me to be the first time that any type of hierarchical religious institution is mentioned.  Am I wrong?

It is clear that the plates that were hid in the hill Cumorah were all the plates except for the record that Mormon is writing, that he would pass on to Moroni, and later become what we now have as the Book of Mormon.  If one holds to a limited-geography view of the Book of Mormon and to the idea that it mostly occured in Meso-America, this can prove to be a problem.  Why?  Because the hill in which Joseph Smith found the Golden Plates is called the Hill Cumorah and is in up-state New York.

So, this then begs the question, why is the hill in upstate New York called the Hill Cumorah, if that is where only the Book of Mormon was hid,  and (if you hold to a limited-geography view of the Book of Mormon occurring in Southern Mexico and Guatemala) not necessarily where ”all the records” were hid?

The hill outside of Manchester, New York “of considerable size” (Joseph Smith – History 1:51) was first called the Hill Cumorah by Oliver Cowdery in the Church periodical, “The Messenger and Advocate”, in 1835;  it was not Joseph Smith that gave this mount the name that we now use.    We see Joseph Smith, Jr. adopting  the common, accepted LDS parlance in 1842 –  Doctrine and Covenants section 128:20  reads “…what do we hear?  Glad tidings from Cumorah!”

For these reasons, I do not believe that the Hill Cumorah in up-state New York is the same hill Cumorah spoken of in the Book of Mormon.

15:31 “…raised upon his hands…struggled for breath…”   I remember on my mission, one of the Elders in my district had this scripture pointed out to him as if it were an impossible thing medically to occur after losing one’s head.   It seems like such a dumb argument now.   Reflexes of the extremities are controlled by the spinal cord, not the brain.    Now what does it mean to “struggle for breath”?  I don’t know exactly.   Breathing merrily means the exchange of gases that occurs in the lungs.  Can this happen without out a head?  Sure.   The phrenic nerve, which is what causes the diaphragm to expand and contract,  arises from the neck (C3-5).   Sorry,  too much anatomy there.