Hands Holding a Seedling and Soil 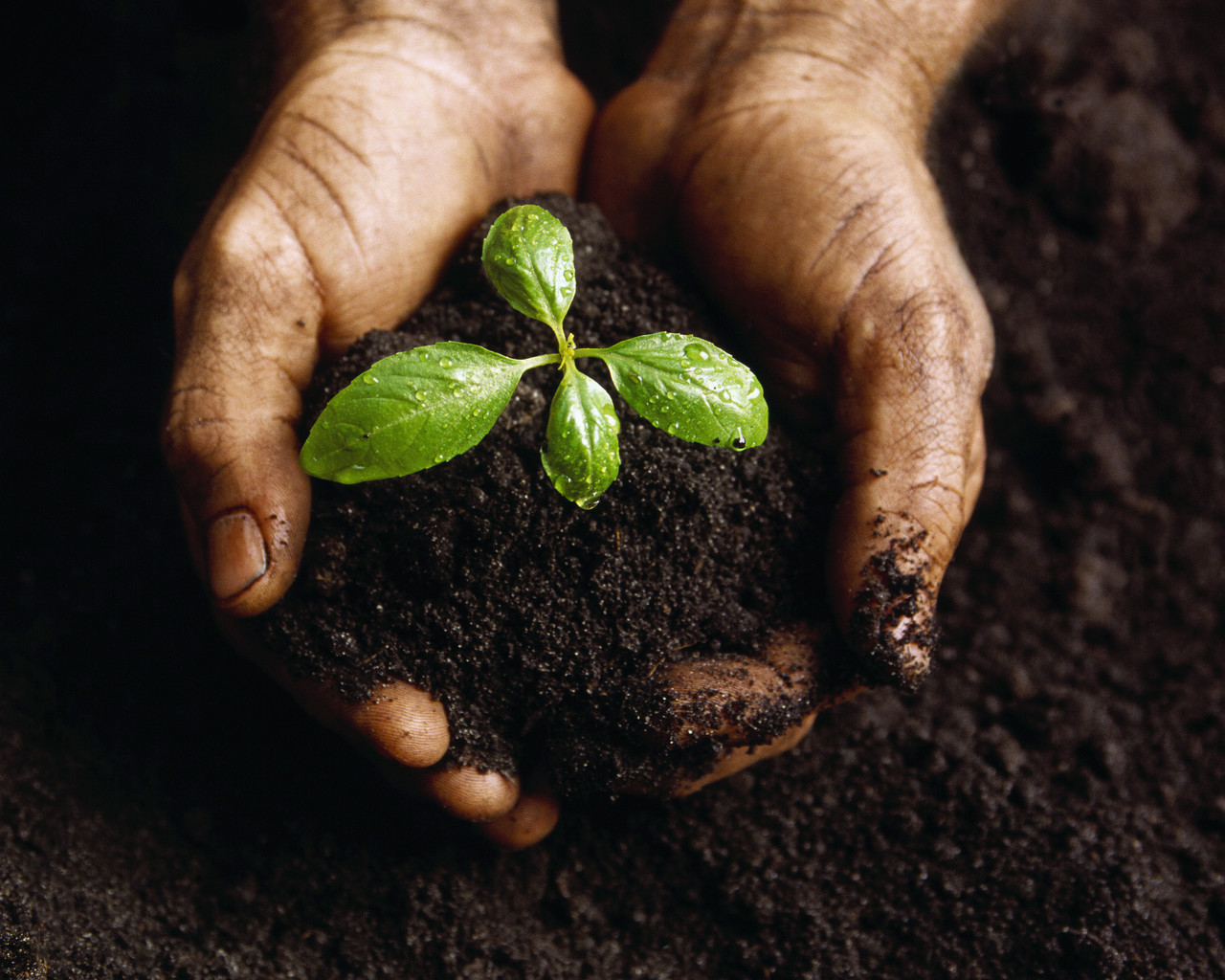