Book of Mormon Hits: PART I 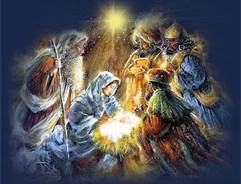 The year is 1829. The place is upstate New York. Using his trusty magic rock, a 23-year old farm boy dictates a six hundred page book from the bottom of a hat. He says it is a history of some folks who left Jerusalem about 600 B.C. He says it is written in the language of the Egyptians but with the larning of the Jews.

The Larning of the Jews

Old Names in a New Book
This book contains a lot of people. Farm boy gives many of them names. A lot of those names can be found in the Bible. Names like Lehi and Laman and Lemuel. A lot of those names caint’ be found in the Bible. Queer names like Chemish, Hagoth, and Himni. More queer names like Jarom, Josh and Luram. Still more queer names like Mathoni, Mathonihah and Muloki. It’s not hard to come up with queer sounding names. Just string some consonants together, throw in a few vowels, and viola! Queerest of all is that all these queer sounding names turn out to be actual names from ancient Israel. Turns out those ancient folk used to seal their envelopes with wax before we got civilized and larnt to do it with spit. Then they’d stick their names in the wax to show who the letter was from. Some of those wax pieces got all petrified and gets discovered long after this book comes off the press. These Jewish names in the book get found on these hard wax pieces. Bully for them, I says.

A really funny name is Alma. Now, that’s not so funny if it’s a girl being called Alma. But in this book, it’s a man. And not just one man, but two. A father and his son. I guess the first Alma hated his name so much he decided to saddle his son with it, just to get even. Life ain’t easy for a boy named Alma. At least, it ain’t easy until 1968 when an old land deed turns up in Israel showing another guy named Alma lived in Israel a long time ago, too. Third time pays for all, I suppose.

This book also contains a bunch of what turn out to be Egyptian names. I guess that makes sense because the book is supposed to be written in some kind of new fangled Egyptian. What don’t make sense is that Egyptian wasn’t really translatable yet. Ammon was a big name among the ancient Egyptians. Probably because Ammon was a god or something. Turns out the name Ammon gets a lot of play in this book, too. More people are named Ammon even than Alma. It even gets used in other names; names like Ammonihah, Amnihu and Helaman. Seems this book can’t get enough of the name Ammon. Just like the Egyptians couldn’t.

A fellow named Korihor shows up in the book. He is a bad egg. Only later do some egg heads discover that Kherihor is an old Egyptian name. A guy named Pahoran has a kid named Paanchi. Another egg head named William F. Albright says these are authentic Egyptian names, and he fancied himself some type of expert. He says this in 1966. Albright don’t believe this book is true, necessarily. But he does say that, given the fact Egyptian had just begun to be deciphered when this book was translated, “it is all the more surprising that there are two Egyptian names, Paanch and Pahor(an) which appear together.”

Another name in this book is Aha. That’s a funny name. Sounds like something I might say when stumbling acrost a licorice whip I’d given up for lost. This Aha isn’t an important person in the book. His name just gets mentioned the once. It’s come and gone before you knows it. But the really funny thing is it turns out to be a real name, and an Egyptian name, to boot. Guess it means “warrior” in old Egyptian. They gave this name to their first king. Funny that.

This book starts at the same time a guy named Zedekiah is king of Jerusalem. That’s not hard. Zedekiah is mentioned in the Bible as the king of Jerusalem. The Bible says that the Babylonians killed all of Zedekiah’s sons. The farm boy’s book says that’s not right; that one of Zedekiah’s sons escaped being kilt; that this son’s name was Mulek. Now, Mulek is not mentioned in the Bible. At least not so’s you can see right off. What is mentioned in the Bible is a guy named “Malchiah the son of Hammelech.” Jeremiah lived at the same time as Zedekiah, but who is this guy “Malchiah”? Turns out this isn’t translated too well in the King James; that it should be translated “MalkiYahu, son of the king.” Now, the king at the time of Jeremiah might have been Zedekiah, but who is this MalkiYahu fellow?

It gets stranger, because the Yahu at the end of his name is a shortened form of the name of the Jewish God they called Yahweh. Lots of folks had this at the end of their name. Heck, Jeremiah did, too. So did Zedekiah. It was all over the place. Although it wouldn’t have occurred to me, the same person’s name could be written with or without the Yahu ending. Jeremiah had a scribe named Baruch, but the long form of his name, BerekYahu, got found on a seal impression from old-time Israel. If Baruch and BerekYahu are different ways of writing the same name, I reckon MalkiYahu could also be written as Malki.

But what does Malki have to do with Mulek? Seems the ancient Hebrews weren’t too keen on vowels. They just didn’t like them. They didn’t use them in their writing; only the consonants. Sounds confusing to me. But when we write out those old Jewish names today, we put in vowels to make them easier to say. The consonants in Malki are kind of the same as the consonants in Mulek. No wait. They are exactly the same. Some smart feller at the Department of Archaeology at Tel Aviv University said that “Malkiyahu is a common name and was even borne by a contemporary son of king Zedekiah.” (This smart feller’s last name is Ahoroni. He is Jewish. I don’t even want to get started with that name and how it kind of sounds like somebody else’s name. But it sounds like he is purty close to agreeing with this farm boy’s book, as far as this goes.)
What we end up with is this 1829 book giving the name Mulek as the son of king Zedekiah. Zedekiah’s name is mentioned in the Bible. Mulek’s is not. Or is it? Looks like something very like it is actually encrypted into a bad translation from one verse of Jeremiah in the King James. I’m thinking the guy who dictated Mulek from the bottom of a hat in 1829 didn’t know this, though. It’s hard enough for me just to get my head around this MalkiYahu thing. I cain’t imagine coming up with it myself out of whole cloth.

According to the story in this book, Mulek is not just the only one of Zedekiah’s sons that lives, he also ends up becoming the king of another group that heads out of Jerusalem in the nick of time. Did I mention the word Mulek means “king” in Hebrew? But now that farm boy is just showing off.

Hebrews Writing in Gyptian?
This here book says it was writ in Hebrew language but didn’t use Hebrew writing. It used Gyptian writing instead. Now what sense does that make? I never heerd of old time Jews writing in no Gyptian alphabet. Some time after this book comes out, though, archeeologists done found a piece of what they call papeerus in an old jar. They called it Papeerus Amherst 63 for some reason. Well, even though they had pretty well figured out the Gyptian language by then, they still had a powerful hard time reading it.

It jest didn’t make no sense. Then, in 1944, some smart feller name of Raymond Bowman at the Uneeversity of Chicago lights on why it’s so been so hard to read. The writing is Gyptian, but the language is some sort of Hebrew offshoot they call Armayic. Part of what’s writ there is from the twentieth Psalm. So what they got there in this Papeerus Amherst 63 is a passage from the Bible, writ in the Arymayic language, but writ in Gyptian caractors. Now don’t that beat all?

Cement Buildings
You’d think cramming all those Hebrew and Gyptian names into the book would have plum wore out this farm boy. But he’s just getting warmed up. There were still lots of Injuns around in 1829. Even in New York. This book says it is the history of those Injuns and their ancestors long ago. Any fool, even a farm boy, would know that Injuns didn’t live in nothing but teepees and wigwams. But this farmboy plunks smack dab in the middle of his book that at one point way back, these Injuns made buildings out of cement. I knew you wouldn’t believe that whopper. Even the white men weren’t making buildings out of cement in 1829 New York. Then, a long time later, what do a bunch of archeologist fellers find down in the south of Mexico? Buildings made out of cement. I don’t know if I have a harder time believing this farm boy puts cement buildings in his book, or that the archeologists actually find cement buildings later on. And these cement buildings are around at the same time the book says they are, and in the same place, too. Leastwise if you think there are two Cumorahs stead of just the one.  Some smart folks is saying the farm boy’s book has the wrong reason for the cement buildings being there, and maybe they’re right.  But it seems to me they jest might be talking bout fleas on a elephant. 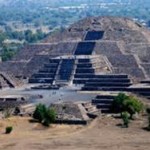 There’s lots more ground to cover, but I expect I better sign off for now. Next time I’ll tell you about things this farm boy knew he shouldn’t have known, and things he didn’t know that he shoulda.