Bob Marley is Scripture to Me 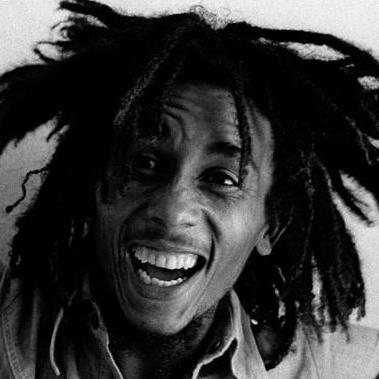 What is scripture? This question came up while I was reading weird stories from the Old Testament a few weeks back and I started to wonder. I pondered and studied the question privately and then started asking around. You’ve heard the quip, “Ask two Jews, get three opinions?” In this scenario the quip goes, “Ask two Mormons, get 4 guesses, a heated argument at the Mormon Hub, 17 logical fallacies, 5 links to FAIR articles, 59 competing statements from General Authorities, one odd reference to Blake Ostler and an inevitable appeal to faith.”

Most Mormons quickly agree that the Standard Works, which include the Bible, Book of Mormon, Pearl of Great Price, and Doctrine and Covenants, are The Scriptures. That’s a satisfactory answer. I should have quit at this point. Not ask one question more. I asked anyway.

Why? Why are these the Scriptures?

The most obvious answer is that these books have been canonized. They comprise our canon which suggests they are the standard by which doctrine is measured. How are they canonized? It’s a fairly straightforward process. D&C 28:13 reads, “For all things must be done in order, and by common consent in the church, by the prayer of faith.” From that short scripture Mormons have established a pattern of canonization and change. Typically the First Presidency presents something to the Twelve, the Twelve then concur, and then they present it to the body of the Church for a sustaining vote. Additions and subtractions have been made to our scriptures throughout the Church’s short history and in my opinion the process has worked well. Everything is copacetic right?

Not really. It’s at this point that I ran into a technical difficulty. The Bible was never canonized by the Church.

The Bible never went through the process. Aren’t all scriptures supposed to be canonized according to the established pattern? “Not necessarily” said the respondents. It’s interesting to me how quickly Mormons will at first appeal to scripture, tradition and precedent but then just as quickly retreat into gray areas. Apparently the Bible didn’t need to be canonized because it was already canonized and accepted by most Christian churches. Mind you, these are apostate churches. For me the issue of apostate churches  isn’t really an issue. In fact it’s a moot point. I never seriously considered the idea that Joseph would have rejected the very foundation of Christianity and force canonization? I’ll tell you what surprises me though; it’s that at some point a diligent General Authority didn’t raise the issue of canonization with an official Church committee and then ask a subcommittee to review the findings of the first committee and then prepare a report to be sent up to other committees until it reached the Brethren for some more deliberation and review. We absolutely adore councils and committees. We love the process and bureaucracy. Lets be honest, we are a people who will make a 16 yr old boy with a speech impediment say the sacrament prayer 19 times in a row until he gets it right or runs out of the chapel in tears. We love the letter of the law. That’s cool if that’s how we want to play it.

What about our leaders? Are their words considered scripture? D&C 68:4 reads:

This verse doesn’t need contextualization; it means what it says. What if a leader speaks according to the dictates of the Holy Ghost but my Holy Ghost barometer indicates that he is full of shizz? Who is right? Impossible to answer. When something as subjective as the Spirit is the determining factor it’s a crap shoot.

Then we have numerous quotes from General Authorities that are similar in nature to this official press release from the Church:

“Not every statement made by a Church leader, past or present, necessarily constitutes doctrine. A single statement made by a single leader on a single occasion often represents a personal, though well-considered, opinion, but is not meant to be officially binding for the whole Church. With divine inspiration, the First Presidency (the prophet and his two counselors) and the Quorum of the Twelve Apostles (the second-highest governing body of the Church) counsel together to establish doctrine that is consistently proclaimed in official Church publications. This doctrine resides in the four “standard works” of scripture (theHoly Bible, the Book of Mormon, the Doctrine and Covenants and the Pearl of Great Price), official declarations and proclamations, and the Articles of Faith.”

This tosses out every statement made by a leader unless it satisfies a bunch of subjective criteria. There is no way a leader’s words are scripture unless they have gone through the process.

Which leads me to my next question, why have we as a people given these specific texts the authority to declare our doctrine? Some parts of the scriptures are inspiring while others range from bizarre to boring to insanely violent. Why canonize the bad parts? Let’s pare things down. I’d happily dump some of the Bible if we could exchange those parts for something like Stephen Robinson’s Believing Christ. It doesn’t match my personal atonement theory but it’s better than the Book of Revelations. Besides, I think the members would like it. I could easily give up a few sections of the D&C for a few songs from Bob Marley. There are a few poems I would swap for parts of Deuteronomy. I’m convinced there are other books, blogs, songs, and movies that represent our doctrine better than parts of our scriptures. Why don’t we canonize Harry Potter?

It is my opinion that anything added to or subtracted from the scriptures from this day forward should be subject to common consent. It is my opinion that scriptures have a certain authority and moral influence over us because we bestow it. Finally, scriptures contain our doctrine as interpreted by the Brethren. I wish I could avoid that one. Tradition and precedent are attached to and mixed in with the Brethren somehow. After that I guess it’s a free for all. I stopped at this point. To go any further would have meant defining “doctrine” and I didn’t have the heart.

I love Bob Marley. He constantly inspires me and encourages me to become better. He is scripture to me. He always has been. It has been some time now since I abandoned the notion that the standard works are the only scriptures. My personal scriptural canon contains works so varied I could not make a list. Frankly, anything that teaches or reinforces the following imperatives are scripture to me.