From Whom Do Your Blessings Come? 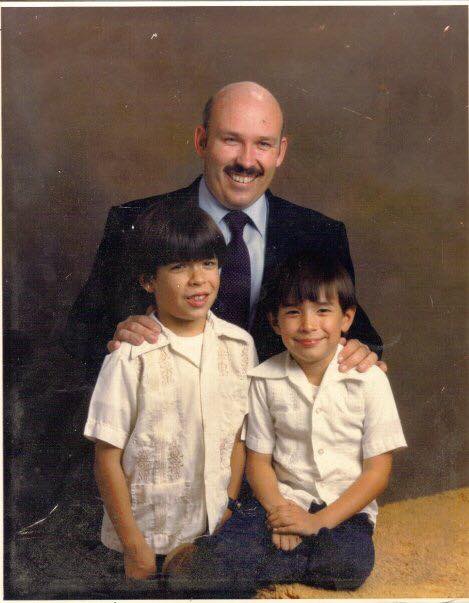 By Michael Barker I once heard a provocative question: When you feel God’s presence, or have an answer to your prayer, to whom do you acknowledge the comfort or the blessing came? God the Father? Mother in Heaven? Jesus Christ? The Holy Ghost? In non-mainline-Evangelical Christianity, one often hears of having, “A personal relationship with Jesus.” With whom do you have a relationship? How does that look? It has been shown that how one perceives God is influenced greatly by one’s relationship with their Father and Mother.1 So, of course, I asked myself, how do I see God? How have I experienced The Divine?

My relationship with my father is well, complicated2. He married three times. My brother, Paul, and I are the sons of his first marriage. His third marriage stuck. Out of that marriage came my other three siblings. My father took a lot of his sense of identity and purpose from Church callings. He was proud to be Mormon and was embarrassed if I didn’t match up with his version of what a good Mormon boy should be. He manipulated. I remember one Fast and Testimony Meeting, my father trying to guilt me into bearing my testimony. It made me uncomfortable. I didn’t like it, and I wouldn’t do it.

My father also had all the answers. I could rely on him. He trusted me and would go to the mat for me because he knew I was a good boy. That meant a lot to me.
My brother, Paul, and I wrestled in high school. That made my dad proud. I don’t think he ever missed a wrestling match–even when I was horrible at wrestling my freshman year. I think he saw me as greater than I actually was.

My father declared bankruptcy shortly after he married for the third time. Eventually, credit card applications started coming, and he was able to re-establish credit and buy a house after my mission. Right before my high school graduation, I started receiving applications for credit cards and was encouraged to apply by my father. He would be my co-signer.

When I applied for school loans, as a married man, there was a mix-up. Somehow, my father’s credit card scores got mixed up with mine. My father wrote the credit card companies and was able to produce letters from the companies that showed there was a mix-up. I was able to get my loans. When I went to buy my home, the same thing happened. Only, this time, things didn’t go well.
It turned out that my father had been forging my signature to get credit cards. The letters he had produced earlier were forgeries as well. It looked like I was ruined. I chastised my father. He tried to manipulate me again. I resisted. I told him that if he ever wanted to see his granddaughter that this mess would have to be cleaned up. It got cleaned up. It ruined our relationship.

We stopped visiting my family in California. This meant not seeing my younger siblings. It was devastating.

My father was killed in Mexico. He was hit by a delivery truck while crossing the street. The last words he cried out were, “Jill! Jill! Help me!” Jill was his sister, who would die a few months later. While in the ICU, on a ventilator, I whispered into his ear, “Dad, it’s time to go.  Mom will not be able to take care of you if you wake up.” He died two days later. My father was killed before things were cleared up between us two. He never apologized.

A month after his death, I wrote in my journal:

“My relationship with my father was a bit complicated… There were a lot of things I would have enjoyed discussing with him such as my job. He expected much from me, and that pushed me to work hard. But because of his difficulty with telling the truth, he was never able to fully appreciate the results of his labors.”

I’m no longer angry–just sad. No, when I envision God, I have a hard time seeing Him as a loving father. 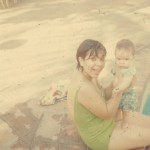 Me with my biological mother

I have friends that have felt a divine feminine presence in their lives. I have not. I don’t know what that means, nor how that feels. My biological mother moved to Canada shortly after her divorce from my father. She started a new family. When that marriage ended, she moved, not to the West Coast, where her two sons lived, but clear over to Florida. My father’s second marriage lasted less than a month. She managed to drain my father’s bank account before heading back to Mexico with her two children. 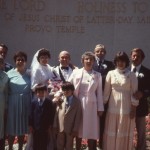 Mom and dad’s wedding day. Paul and I are the boys standing in front.

My father’s third marriage, well, she is who I call mother. She is compassionate. She loves. Recently, however, our relationship has become strained. I think the strain is mostly my fault. Although I am still an active Mormon, we have lost the common language of our faith that we once shared. I think I confuse her. We don’t chat anymore. When we did, I noticed she stopped saying, “I love you,” at the end of our conversations. When I envision God, I have a hard time seeing Her as Mother.

My brother Paul was born ten months after me. We have been through my father’s three marriages. When we were younger, Paul copied me. He would want the same shoes as I had. I once beat up a kid for teasing my brother. Beat him up right there on the driveway of our home on Harvest Wood Court in East San Jose. The same home my father lost in the bankruptcy. If I played soccer, he played soccer. In high school, I wrestled. So, he wrestled when he was in middle school. In high school, he was just a little shorter than me, so he inherited all my clothes that I had bought with my own money. He liked that, and I didn’t mind.

I tried to include him in stuff when we were teenagers. Paul seemed to be a little embarrassed of me at times. I was a little dorkier. He was definitely smoother with the ladies. We both served Spanish-speaking missions. My wife and I were the first Barkers to meet his soon-to-be wife, Angela. She has a funny laugh. When I had a hard time with the Church and its history, I could talk to Paul about it. When we visit Paul’s family in Utah, it’s great. I love buying toys for my nephews. Paul’s and my faith journey have taken a different course. When I visit, we will have long chats. We will disagree with each other, 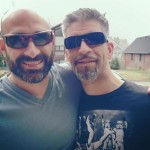 Brothers with no hair and gray hair.

but do so as brothers should; we love each other. I have made mistakes along the way that have some negative ramifications for Paul. He forgives and does so with an uncomfortable laugh. When I hear that laugh, I know I’ve done something that he doesn’t like, and we chat about it. When things get sticky with the Rational Faiths blog, I let him handle it. He just handles people better than I do. I love him. When I see God, when I feel God, it is as a brother. I feel God as Jesus of Nazareth. May your Christmas be filled with the love and presence  of the Christ Child. Merry Christmas ________ 1 Click here to read one such study. 2I wrote an essay about my father. If you would like to read it, click here. My brother, Jon, wrote a wonderful piece about our father. To read it, click here.