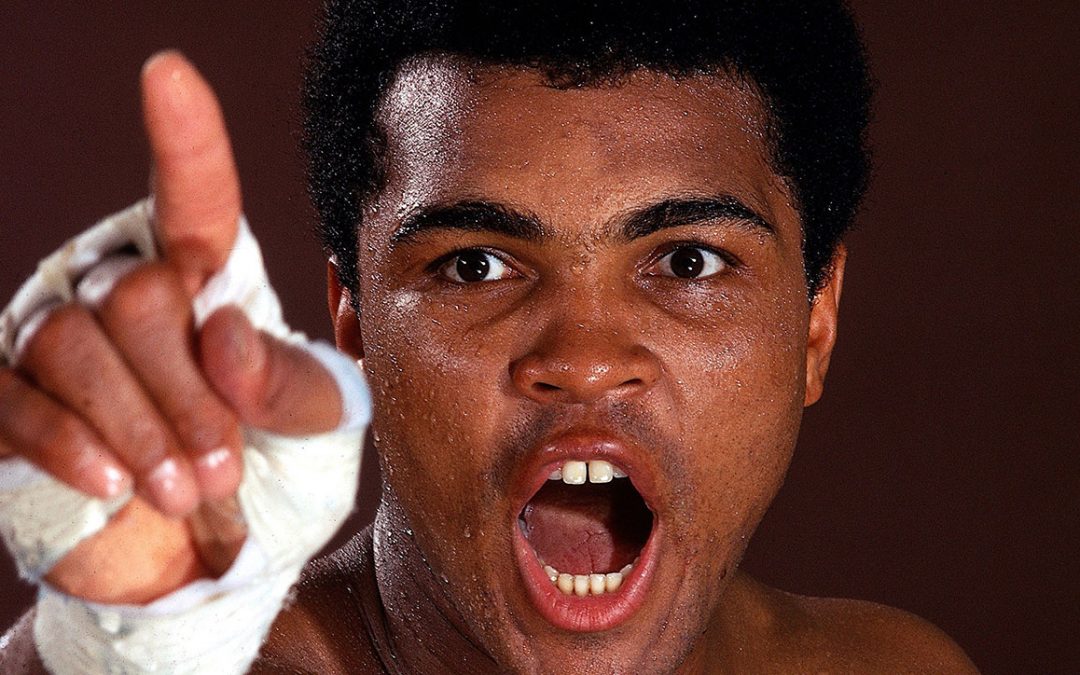 Trigger Warning: use of the N-word by Muhammad Ali.

My daughters and I, and occasionally my wife, box.  We wanted our daughters to know how do defend themselves if the time ever presented itself.  So we asked around what kind of martial arts would be better?  We were told by a few people that boxing would actually be best. It wasn’t the answer I expected. The trainer told us that our daughters would enjoy it more if my wife and I also did it with them. We’ve been boxing now for almost two years. We love doing it and we love watching it. It is actually the only sport that my wife wants to sit down and watch. If a bout is on T.V. she will call our daughters into the family room so we can all watch together.

“Ooh. See how he set him up with the fake jab?”

“Look at how he’s using his longer arms to keep the other guy away.”

“See how the shorter guy is getting under the taller guy’s arms so he can fight inside?”

These aren’t my words. These are the words of my wife or one of my two daughters. We like boxing.

Muhammad Ali died over a month ago – June 3, 2016. Of course my daughters weren’t alive when he was still boxing so I went to YouTube to find some clips from his fights. My daughters and I sat down and watched clip after clip. This might sound weird to those of you who don’t box, but Muhammad Ali was beautiful to watch – fast, graceful, entertaining, and powerful.

Anyone who is familiar with YouTube will know that after you watch a video, YouTube will “suggest” other videos you might want to watch. So I clicked. These video clips were also beautiful.  They were eulogies to the great boxer and great humanitarian. I saw a clip where he saved a Black man from killing himself.  I saw a clip were he explained his “Recipe for life.”

“I’d like for them to say he took a few cups of love.

“He took one tablespoon of patience, one teaspoon of generosity, one pint of kindness; he took one quart of laughter, one pinch of concern.

“And then, he mixed willingness with happiness, he added lots of faith and he stirred it up well. Then he spread it over a span of a life time and he served it to each and every deserving person he met.”

I watched more clips. His life became a life of love and being a voice for the marginalized. One clip briefly spoke about his refusal to fight in the Vietnam War.

“Why should they ask me to put on a uniform and go 10,000 miles from home and drop bombs and bullets on Brown people in Vietnam while so-called Negro people in Louisville are treated like dogs and denied simple human rights? No I’m not going 10,000 miles from home to help murder and burn another poor nation simply to continue the domination of white slave masters of the darker people the world over. This is the day when such evils must come to an end. I have been warned that to take such a stand would cost me millions of dollars. But I have said it once and I will say it again. The real enemy of my people is here. I will not disgrace my religion, my people or myself by becoming a tool to enslave those who are fighting for their own justice, freedom and equality. If I thought the war was going to bring freedom and equality to 22 million of my people they wouldn’t have to draft me, I’d join tomorrow. I have nothing to lose by standing up for my beliefs. So I’ll go to jail, so what? We’ve been in jail for 400 years.”

And in an off-hand remark he said:

“Man, I ain’t got no quarrel with them Viet Cong. No Viet Cong ever called me nigger.”

On June 20, 1967, Ali was convicted of draft evasion, sentenced to five years in prison, fined $10,000 and banned from boxing for three years.

That’s when I had a revelation.

The following Monday, while at work in the operating room I asked the white sixty-three year old surgeon with whom I was working, “How big of a deal was it when Muhammad Ali refused to fight in the Vietnam war?”

“Oh. It was a big deal. I think it was 1967, wasn’t it? That was when things were really heating up.  It seems to me that the anti-war protests didn’t peak until after that. It was a bold move.”

“Ya.  I’ve been watching different YouTube clips about Ali. It’s as if his anti-war stance was no big deal.  I just wonder how a parent who had a son die in that war felt when Ali refused to be inducted into the U.S. Army. Some were probably angry, some probably agreed with him.”

I read more. I spoke with my wife. After I had formulated some ideas, I asked a black friend of mine what she thought about my revelation. I said to her:

“I then had the thought that Muhammad’s life has been white washed to make him more palatable for us non-Black people. Part of this is understandable. No one wants to bring up someone’s life-controversies as they are being remembered. But this man was bigger than life. He said things that were brash. To paraphrase, one black journalist (I believe it was Gene Demby) said, ‘My grandpa didn’t like Ali’s ‘uppityness’. People used to get lynched for that. Twenty years earlier a black man couldn’t say the things Ali said’. Ali was unapologetic. He had no problem making white people uncomfortable.

“I’ve learned that for many black people, Ali was an important figure. He was inspiring…But with the Ali now, he’s safe. He’s (as another black journalist put it) been “bleached.” He’s not the radical Ali that inspired so many black people during the 60s and 70s.”

“I don’t think he’s bleached for anybody but white people maybe. As a black icon, we just knew he was outspoken. But a lot of celebrities chose to leverage their celebrity back then. And speak out… Being black is radical.  He had the leverage of white entertainment that passed him off as “showy” in his statements – White entertainment $$$$.”

Something happens with time. As we get further and further away from controversial events, time erases their radicalness. Because virtually no one now-a-days thinks the Vietnam War was a great idea; Ali’s statements don’t have the bite they did in the late 1960s. Of course all of us non-Black people think Muhammad Ali was right.  We think he’s right, well because we’ve bleached him. He’s now digestible. Or as LaShawn sagaciously put it:

Do you hear that? Are we doing it again? 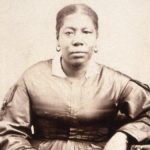 Ask yourself, what do you think when you hear the name, Jane Manning James?

Do you think about her repeated and rejected requests to receive her temple endowments and to be sealed?  Or do you only know her from the story of when she gave flour to a white Mormon woman, Eliza Lyman?

Have we bleached Jane Manning James?

Ask yourself, what do you think when you hear the name, Elijah Ables? 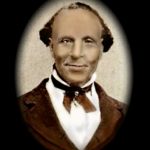 I would argue that most Mormons don’t even have an anecdotal story regarding Elijah.

Have we bleached Elijah Ables?

“You can’t bleach what you don’t talk about. Nobody talks about Elijah and the other Priesthood holders.”

But the white people weren’t quoting Dr. King when police officers were shooting black people. They are bleaching Dr. King.

To quote my friend, Leah Marie:

“White people: stop quoting MLK about black people fighting back. You do not get to do that.”

I know it’s hard to talk about racism when we aren’t pointing out the racism of The Church of Jesus Christ of Latter-day Saints. It’s hard to look at our own secretly held racism. But we just have to. Lives literally depend on it.