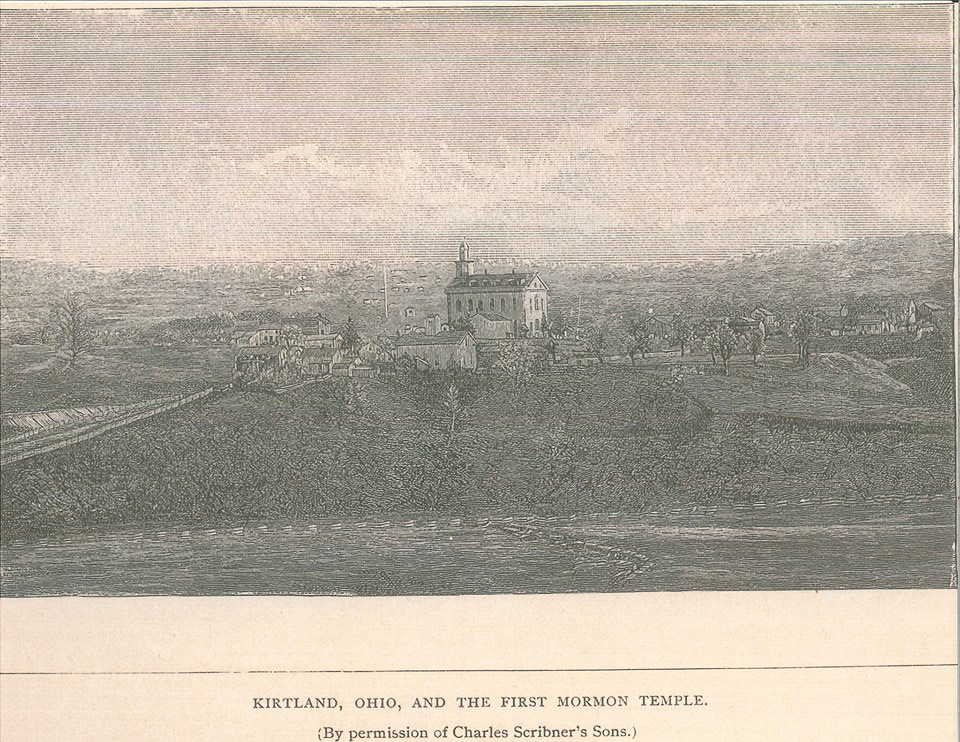 When Joseph Smith sent four missionaries to Missouri with copies of the newly printed Book of Mormon in October 1830, those missionaries went through Kirtland, Ohio. In Kirtland they found an African-American member of Sidney Rigdon’s reformed Baptist congregation who played a prominent role in the communal “Family” Rigdon’s followers had organized there. This man had been born into slavery as Peter Kerr, owned by John Kerr, a local iron worker in Fallowfield, Pennsylvania. But after Pennsylvania’s slaves gained their freedom, Peter moved to Ohio where he dropped his slave owner’s name and was simply known to his friends as Black Pete. Black Pete’s mother, Kino, had a Mandinka name and had likely shared her Muslim West African culture and heritage with her son as he grew up. Slave laws prohibited Black Pete from getting a formal education, therefore he was illiterate. Despite his lack of formal education, Black Pete had become influential in Rigdon’s reformed Baptist communal organization in northeastern Kirtland. He sometimes stayed at the home of N. K. and Ann Whitney, a local business family also connected to Rigdon’s reformed Baptist congregation.

When the missionaries arrived in Kirtland they baptized most of the members of the communal “Family” organization, including the Whitneys and Black Pete. The missionaries continued on to Missouri leaving few if any copies of the Book of Mormon behind and little instruction for the new members. As a result, the recent converts looked for leadership and direction from within their group. Observers claimed that Black Pete and his companions sought to act “as the Indians did when they were carried by the spirit.” This was done as they sought to understand the people of the Book of Mormon and imitate the lives of figures in that book.

Black Pete became “a chief man” and “a revelator” among them. Although it is not known if he was ordained to the priesthood, he likely was since he and some of his associates believed they received commissions to preach the gospel during ecstatic religious experiences and went about the community preaching and baptizing. This group began to practice speaking in tongues, which some outsiders called “talking Injun.” This was likely a reflection of their attempt to apply the Book of Mormon as they understood it. They also developed other ecstatic religious expressions that were common within the slave religious tradition familiar to Black Pete and his mother Kino.

Outsiders who observed these events often wrote of Black Pete with derision and ridicule. Because these non-Mormons sought to use his race to attack his religion in general, their slanted view makes it difficult today to discern all of his contributions to the community. At the same time, members that knew him failed to mention Black Pete at all. This suggests he may have left the Mormon community and separated himself from them. We don’t know. When Joseph Smith arrived in Kirtland, he received additional revelations that helped provide direction to the new members in the area and corrected some of the things they had been doing. Although he met Black Pete, and apparently tried to receive a revelation on Black Pete’s behalf, the historical record suddenly falls silent in relation to this former slave. Black Pete does not appear in census records, or other primary sources in the area, and he may have died or moved away. His brief involvement with Mormonism, however, left a lasting legacy. Black Pete may well have been the first African American member of the Church, as well as the first member who came from a Muslim heritage. He was clearly the first African American to contribute in a substantive way to the development of Mormonism.

Mark Staker was awarded a PhD in Anthropology from the University of Florida after completing a dissertation that looked at religion and health issues among the Nengre (Creole) people in the Republic of Suriname. Escaped slaves in Suriname were the first people in the Americas to win their independence from a European nation. Mark has had a long interest in the African American experience, and has worked in the LDS Church History Department for 20 years. He is currently Lead Curator in the Historic Sites Division.

All posts by Mark Staker