A Beginner’s Guide to Rational Faiths

This post was written primarily by Geoff Nelson and Thomas Hatton, with help from other permabloggers.

I know you’ve probably seen links to Rational Faiths posted all over the Bloggernaccle. You’ve probably thought- What is this website? Who runs it? What is rational about faith? What is faithful about rationality? This blog post was written to both inform you, the reader, what Rational Faiths is all about, and clear up some misconceptions that you might have about it.

Why is Rational Faiths unique among the Mormon Bloggernaccle?

A few reasons. The blog is a labor of love from Michael, Jonathan, and Paul Barker, who are the site administrators. They handle domain costs and receive no financial compensation for page views and likes. So really, it’s like Whose Line Is It Anyway of blogging. 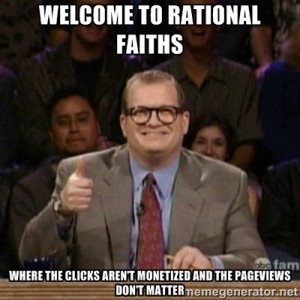 Also, Rational Faiths prides itself on diversity. We run quite the gamut. Rational Faith’s permas are academics, musicians, educators, entrepreneurs, students, artists, doctors, counselors, and a number of other things. We have active Mormons as well as former Mormons, although we have more active than not.   Rational Faiths is also one of the most racially/ethnically diverse LDS group blogs. We’re all a big happy Rational Faiths family. 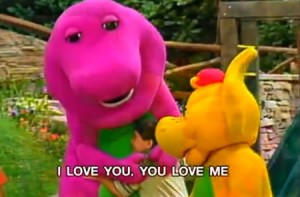 Is Rational Faiths a faithful LDS blog, or a snarky anti-Mormon blog?

Rational Faiths is a blog that operates on principles of quantum physics. Like Schrodinger’s Cat .It is a superposition of states, in this case, a superposition of states along the Mormon faith spectrum. However upon opening the box and reading a particular post, the wave function collapses on one value, which might be anywhere along the spectrum. However, the wave function shows a higher probability of being in the region of faithful snark. 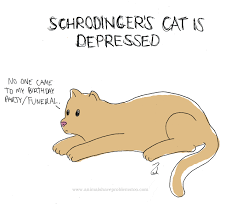 Who are the Barker Brothers?

The Barker Brothers ™ were originally a trio of dimension hopping Italian plumbers that, after defeating sentient anthropomorphic lizard people a few hundred times, resettled out West, paving the way for their famous imposter counterparts. They are mostly human, but rather than being composed of mostly water like other humans, they are about 65% hair; it would be 85% but Jonathan ‘waters’ it down.

Well, you are here, reading this, so how could it be anything else? No, but for reals, the title was a play on that bumper sticker you see around the U.S.- Keep ‘Portland’, or ‘Seattle’ or some other hipster hub, weird. The idea applies to Mormon doctrine as well. There has been a tendency among church members to distance themselves from the less common aspects of our theology. Just admit it guys, MORMONS ARE WEIRD. And that’s totally fine. 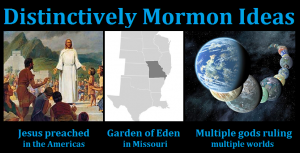 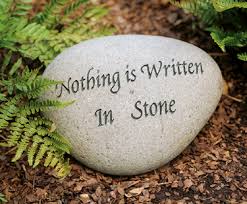 Why do you hate the church and why can’t you leave it alone and start your own church?

How do I turn off those annoying progressive Mormon ads on the side of the blog?

I typically find a dark piece of paper, maximize the window, and then strategically tape the paper to my screen.

Don’t get mad at Rational Faiths. The site admins rarely edit or censor pieces before they go up, so it usually makes for a variety of different opinions that are expressed. On a scale of censorship, with North Korea on one end and Cinemax after 11:00 PM on the other, RF admins probably lean towards the latter. In other words, while you might take issues with their censorship style, you can take that specific issue up with them, but the ultimate accountability of the content falls on the author.

So you have a couple options here. You can- 1.) Go down to the comments section and express your anger directly to the author. This may or may not provoke an argument that will leave both parties feeling thoroughly unsatisfied. 2.) Go exercise. I’ve heard that helps. Or, 3.) Blame it on Barack Obama. It was probably his fault.

Did you guys all serve missions/get married in the temple/currently serve in your ward so I can know the proper amount of righteous indignation and judgement I can throw at you?

Rational Faiths bloggers come from all different backgrounds. Some are current, active LDS folk and some are not. And some are working through things. But, as is often said on our blog, we make efforts to lean on the side of faith.

Are you card carrying members?

No, every good Mormon knows that playing cards is evil.

How can I share your good posts with family and friends when you have anti stuff on your site too?

You can mention that the site is a diverse group of Mormons and some more critical. Or you can follow the MormonAd: 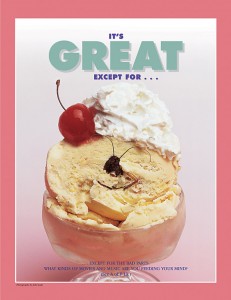 My comment didn’t appear the moment I wrote it, YOU ARE CENSORING ME!

Comments are rarely censored. However, if you are ultra-combative, rude, offensive, or if you are Nigerian royalty looking to wire millions of dollars to some lucky individual, or if you are selling Erectile Dysfunction pills, your comment probably won’t be approved.

Sometimes you just have to wait until we’re available to approve it.

Are you guys a secret combination?

Use it and you will live forever. Or you will at least have a dozen expendable lives.

Will you guys speak at my wedding?

Geoff: Speak for yourself Laurel. Are you offering to fly me and my family on a vacation? By all means I’ll make an appearance at your wedding. I’ll even memorize the guest list.

Thomas: Yes, I will speak, but only in Klingon.