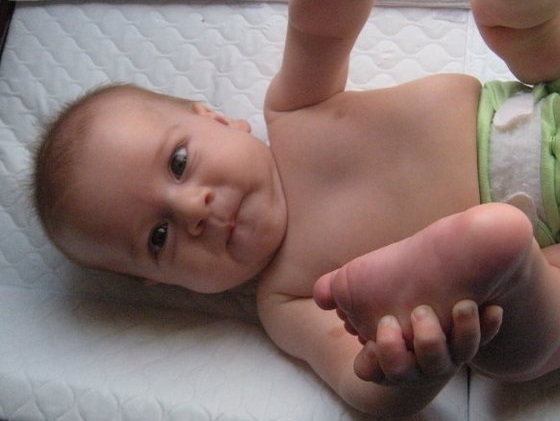 Dr. Alison Gopnik, professor of psychology and philosophy at UC Berkley, presented a TED talk titled, “What Do Babies Think?” in 2011. Dr. Gopnik’s specialization is early learning, and she began by discussing her research on the development of compassion, and when a child develops awareness of another’s perspective, especially when that perspective differs from their own. She discussed a study she did that showed a child at 18 months was capable of understanding that someone else had preferences different than their own, and would act accordingly.  At 15 months, children on the whole were incapable of understanding this.  Somewhere in those three months seems to be the time frame for learning the skill of compassion.  It was fascinating, and I encourage you to watch the TED talk.  BUT, for me, it wasn’t even the most intriguing part of the talk.

Dr. Gopnik goes on to explain that once they figured out this time frame for the development of compassion, thus showing that it is a learned behavior (that idea deserves its own conversation, but it is not the one I want to have today), they wanted to know how children learned it.  Indeed, they just wanted to know how children learned, period.  There is more than one explanation for it, one of which is biological.  The idea is that since we humans have the longest childhoods, we are the smartest of all the creatures on earth. (That is way over simplifying the idea on my part, but just watch the video and you’ll see.)

But a lot of it just has to with the way children see the world.  They are designed to learn, and learning is their whole purpose in life. Dr. Gopnik tells us that babies’ brains are the most powerful learning computers on the planet.  They really are capable of calculating and experimenting and figuring out the world around them in a fraction of the time that it takes adults to do so.  She uses caterpillars and butterflies to compare the way adults think and the way children think.  BUT, for us humans the metamorphosis is reversed.  Children, the beautifully free thinkers, are the butterflies, and we grow into the slow moving (and rather boring) caterpillars.

Another analogy she used (which I appreciated even more since light and knowledge are so often linked) is the idea of a lantern versus a spotlight.  Adults focus their awareness and knowledge like a beam.  Our concentration on what we know, and what we are capable of knowing, narrows as we grow.  It is as if the more we learn, the less we think we need to learn.  The learned think they are wise, no?  We take the things we’ve learned, and focus on them, and even when we decide that there is more to learn, we generally limit ourselves to learning more about the things we already know.  We are the spotlights.  Children? They are the lanterns.  The light cast around them reaches far and wide in all directions.  Dr. Gopnik points out that when we tell a child to “pay attention” what we’re really saying is, “stop paying attention to everything else.”  Because this is what children do.  They see so much and learn so much, and everything, to them, is worthy of that attention.

In light of all of this, I’m inclined to reexamine Matthew 18, when Christ’s disciples are asking him who is the greatest in the kingdom of heaven.  I don’t think they were asking, because they were being competitive about being awesome in the afterlife.  I think they were just seeking more knowledge and what exaltation requires.  And Jesus answers them in verses 3 and 4:

The idea that we need to be as little children is often connected with the humility the Savior spoke of, and interpreted as a willingness to submit to the will of the Lord.  But, let us also embrace the idea that we need to be as children in seekers of knowledge.  When we say that we need to become as little children so that we may enter the kingdom of heaven, let us consider that this is because before we can enter those pearly gates, there is SO. MUCH. we need to learn.  And instead of spotlighting what we know about the gospel and focusing on what we *think* are the absolutes… let us hold up lanterns – and seek for further light and knowledge wherever we can find it.  I submit that when the Savior asked us to become as little children, he was asking us to become teachable.  Perhaps the idea that He was presenting, when his disciples wanted to know more about exaltation, was that we need to continually seek for further light and knowledge in all things. Everywhere. All the time.