Attending the Priesthood Session like I’m the Queen of Persia 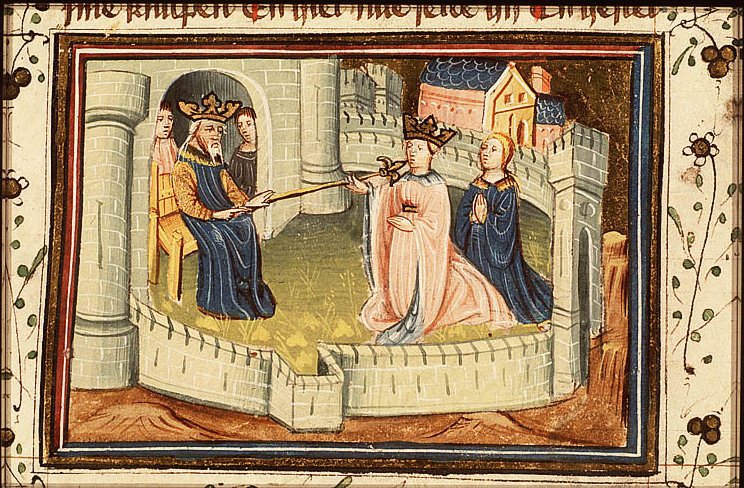 Tomorrow evening I will walk with my sisters… or more accurately stand in line with my sisters—and seek admittance into the priesthood session of general conference. Many are calling it a protest. I’m inclined to dismiss the complaint, because it would seem these days that when anyone does something that others find uncomfortable, they label it a protest (even be it as benign as standing quietly in line, asking kindly for a seat, and then quietly leaving if told no). But I keep being met with this idea that this is obviously a protest, because we have already been told we are not welcome.

I suppose the suggestion, then, is not to ask a question you already know the answer to.
Which brings me to Esther, Queen of Persia. Her husband, the King Ahasuerus, had recently given notice to his wife Vashti, because she had the audacity to challenge him. (Girl had some radical self-respect, but she’s not who I want to focus on here.) The only reason Esther was given a place in the King’s harem was because Vashti was dismissed, and because she was exceedingly pretty.

And this is where the story gets interesting. When Esther learns, through her uncle Mordecai, that an advisor (of sorts-more like Prime Minister, I guess) to the King had developed a plot to have all the Jews slaughtered, she determines to go to the King and ask him to stay his hand. It is important to note, here, that the King up to this point did not know that Esther was a Jew. If he had, she *never* would have been queen. Vashti had been a woman of noble birth, and well favored by the King—she was his favorite wife. But when she displeased him he put her out. The only reason her punishment wasn’t worse, was because of her nobility.

Esther, in revealing her heritage and challenging the King in the same moment, had very good reason to fear for her life. There was no reason for her to suspect any other outcome. But her uncle persuaded her, convincing her that she couldn’t just stand by while the Jews were destroyed. She was scared, but she committed to petition the king, saying, “and if I perish, I perish.”

Even though Esther was pretty sure she knew the (not favorable) answer to her plea, she had the moral fortitude to ask anyway, because she believed it was the right thing to do.

This is how I feel about the plea (I cannot emphasis enough that it is not a protest) I will be making with my sisters tomorrow. Our petition is that the leaders of the church seek revelation on the matter of female ordination. And we know—for reasons similar to how Esther knew—that based on what has happened in the past and based on who we are, that we are likely to be turned away. As Esther was, I know that many of us are very nervous. I am very nervous. As Esther did, we have asked others to fast and pray on our behalf. As Esther had, we have the conviction to do this asking, even if the answer is not affirmative.

I’ve very little hope that, as was the case with Esther, we will be surprised with a favorable response. I have prayed, and have felt the confirmation of the Spirit that on April 5th, this is where I need to be and what I need to be doing. No matter what the outcome is, I will go and do what the Lord wants me to do. But really, Esther and Mordecai had some hope that things would work out. They had faith that they were there in the right time and right place to bless the lives of others. I can also choose to believe that there is always some hope. I’ll never give up on that. Even if our efforts are not rewarded tomorrow night, I will still hope that, as Mordecai put it, enlargement and deliverance will be ours another day.