An Atheist in Relief Society 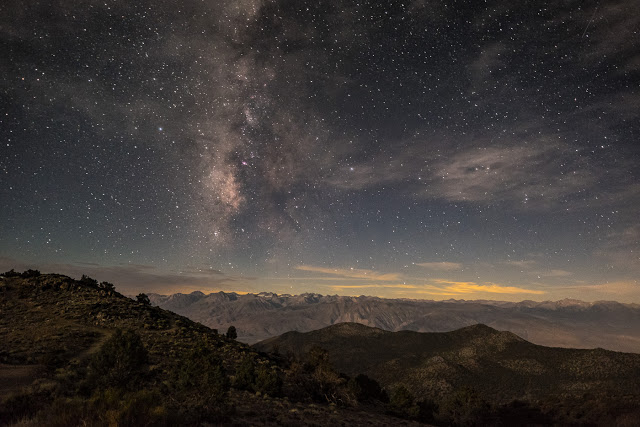 In Relief Society, we recently studied Lesson 16: Marriage—An Eternal Partnership. First, I want to commend the instructor for not making any comments about traditional marriage being under attack. The lesson could have easily been swayed in that direction, but she focused on more inspiring topics and gave a wonderful presentation.

The lesson manual read, “Marriage is often referred to as a partnership with God. This is not just a figure of speech. If this partnership remains strong and active, the man and woman will love each other as they love God.”

The instructor then drew an equilateral triangle on the white board with the top angle labeled “God”, and the bottom two angles labeled “husband” and “wife”. It is a common illustration used in LDS Mormonism to enforce the idea that God is just as important, or perhaps more important than your spouse.

As illustrated in the lesson:

But what if all the promised happiness that comes from obedience to religious regulations doesn’t provide happiness, but instead sadness, frustration, and pain? What if your spouse loses their faith in God entirely?

My mind left the Relief Society room and drifted to a distant memory.

It was roughly three years ago. Our family was in the car driving through the Utah desert during the night. Our children were peacefully sleeping in their car seats while Drew focused on the dusty road ahead. We had at least another three hours on the road.

Despite the peaceful silence of the drive, my heart was pounding and my palms were sweating. This was the moment. I have to tell him I don’t believe in God. I had waited long enough. If there was ever a right time it was now. We still had a long drive ahead, so no one could get angry and leave the car. We also had the children sleeping soundly in the back, so no one could lose their temper and yell. God or no God, there are certain universal truths that must be accepted—you never wake a sleeping child was something we could always agree on.

I struggled with how to begin and awkwardly blurted out, “What if God wasn’t leading any of the religions? What if religion was all made up?”

My comment to him was so absurd he smiled and laughed, “What are you talking about?”

I realized I needed to start off slower. I began, “What I meant to say was, there is a lot of good to be found in religion. When you served your mission in Rome, you met a lot of wonderful Catholics. Do you think God was influencing the Catholic Church?”

Drew responded, “Of course I believe that. There is truth to be found in all religions, and God is helping all of them. He’s just influencing us more because we have the true church.”

I exhaled and continued, “Hypothetically, what if that weren’t the case? Let’s pretend God is helping all the religions equally.”

He replied, “Yeah, but he’s helping ours a little more than others, right?”

His question was clearly rhetorical.

I continued, “Why would He do that? Why favor us over any other religion? Do you honestly think that if you were a native of India you would still be Mormon? No. You would likely be a Hindu—a wonderful Hindu man who was dedicated to his faith and family, but mostly likely a Hindu.”

He paused, “Maybe, but don’t you think someone like me would find the Gospel and convert?”

I replied, “I find that highly unlikely. You were born Mormon and that’s why you’re Mormon. If you were born Jewish, you would probably stay Jewish.”

He said, “I suppose you might be right, but everyone will get the chance to accept the Gospel when they die. I would accept it then.”

I responded, “But how do you know? Because you prayed about it and got a good feeling? I can’t live like that. People get good feelings about all sorts of things, and some of them are quite terrible. Prayers and feelings aren’t reliable.”

Drew became slightly defensive, “What are you saying?”

Things were getting intense. I looked back to make sure our children were still asleep and reminded us both to keep our voices down. I continued whispering, “I’m saying I don’t believe God is leading Mormonism more than any other religion. I don’t believe God would favor such a small portion of people.”

He conceded, “Ok. I can see that. You’re saying God is leading all the religions equally. I can live with that.”

I paused and apprehensively pressed forward, “Well, not exactly. Now that we have established God is leading all the religions equally, let’s pretend God is not leading any of the religions equally. Let’s say all churches and religions are equally wading on their own without divine help. What if there is no God?”

Drew furrowed his brow, “What?”

I breathed, “I’m saying I don’t believe anymore. I have lost all desire to put faith in Heavenly Father.”

If it is possible for a person to yell while whispering, that is exactly what Drew did, “What are you saying!? You want to just stop going to church? You don’t want to baptize the kids or send them on missions? You already stopped wearing your garments. You refuse to go to the temple, and now this? What does this mean!?”

I searched for something positive to say. My heart started pounding again. I was crushing him. His whole worldview was being deconstructed and worst of all I was the angst of his discomfort. Nothing in the world meant more to him than us being together forever as a happy family in the Celestial Kingdom. It really wasn’t an unreasonable request. I agreed to it when we were married. Even though it seemed nothing more than fiction to me, it was very real to him. But perceptions of reality and fantasy collide and there was no going back.

I recalled horror stories of spouses that left their marriage once they learned their partner had lost their faith—spouses taking the children away, threatening to refuse visitation—I was mortified by the thought. Drew was clearly the better parent of the two of us. I always tried my best, I certainly was a good parent, but I couldn’t compare to Drew. What if he took the kids and left? He would never do something like that. Even worse, what if he would be happier with another woman that wasn’t me? Would I love him enough to let him go and have a happy life with someone else? My eyes began to well up at the thought of not being together over something as stupid as God. My love for Drew was far stronger than my hate toward any god.

The words came pouring out of my mouth, “I know this is hard. I’m not saying we have to leave the Church. I’m not even saying I’m leaving the Church. If you asked me to, I would live it for you. I will be the Primary President (which I was). I will be the perfect wife of the Elders Quorum President (which he was). I will even go to the temple and send our children on missions. Mormons are good people. I just…I just needed you to know the truth. I only wanted to be honest with you.”

All my love, fear, pain, and passion overflowed, and I allowed a few tears to escape my eyes and roll down my hot cheeks.

We sat in silence. I felt like we were two strangers in car driving down a road with an unknown destination. Have I finally pushed him past the breaking point? Why do I always feel this compulsive need to be so goddamn honest!?

I scrambled for something to say, but he broke the silence first.

He softly whispered, “Don’t be ridiculous.”

I regained my composure, “What?”

He repeated himself, “Don’t be ridiculous. I would never ask you to live a lie for me. It wouldn’t be you.”

I awkwardly smiled, “I know you wouldn’t, but my offer is still sincere. I would do almost anything for you.”

His calm presence was reassuring, but it was clear I deeply injured him. I wanted to make it better, but I didn’t want to lie. I hated being the source of his conflicting pain and joy. The only comforting thing I could say to him was, “I’m still the woman you loved yesterday. You just know me a little better today.”

He silently reached across the divide and gently held my hand. Words ran dry, but with the touch of our hands, we were in agreement. We both knew this was not something that would be solved overnight in a single conversation, but we were committed to figuring it out together. Any God that did or didn’t exist was just going to have to make its peace with the fact that we put our marriage before our perceptions of God and religion. Right now was more important.

The voice of the Relief Society instructor interrupted my memory. I was back in the fluorescent-lit room sitting in an outdated upholstered chair with my legs crossed and arms folded reverently.

I raised my hand and respectfully said, “I wanted to add that I can imagine situations in which putting your marriage before God is the right thing to do. I was an atheist and I will be forever grateful that my husband loved me more than his God. It was also vital to our marriage that I loved him more than God because I did not love God at all, in fact, I hated masculine projections of god. Life is complicated, and I trust the God I worship now is really ok with the fact that we loved each other more than our perceptions of God, religion, heaven and an afterlife. Our love transcended those differences, and ironically, it was quite godly.”