OF ASSES AND PROPHETS 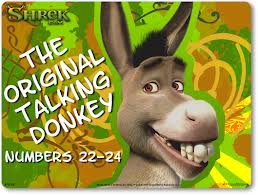 OF ASSES AND PROPHETS

A few weeks ago I was studying for that week’s Gospel Doctrine lesson, which came from Numbers, chapters 22-24 — the story of Balak, Balaam, and Balaam’s ass.   As I was reading the story, a few things jumped out at me:

I would like to focus on the latter of these three issues, as it proposes some unique questions for Mormonism.2  Does Mormonism theology accommodate for and acknowledge the existence of prophets today outside of Mormonism?  Ahem, let’s see:

“He holds the nations in the hollow of his hand;… he is using not only his covenant people, but other peoples as well, to consummate a work, stupendous, magnificent, and altogether too arduous for this little handful of Saints to accomplish by and of themselves. Alma seems to have thought, for the moment, that man was doing God’s work for him, instead of which it is God, who is doing his own work, and using men as his instruments. Nor is he limited in the choice of instruments to his own people” (Elder Orson F. Whitney, Conference Report, April 1921, p.32-33)3

“…Perhaps the Lord needs such men on the outside of his Church, to help it along. They are among its auxiliaries, and can do more good for the cause where the Lord has placed them, than anywhere else…some are drawn into the fold and receive a testimony of the Truth; while others remain unconverted…the beauties and glories of the gospel being veiled temporarily from their view…Again I say, the Lord’s Work has need of auxiliaries outside as well as inside, to help it along…many are kept where they are, where the Lord has placed them, and can best use them for the good of all…” (Elder Orson F. Whitney of the Twelve, April 1928 General Conference).

“There were men in those dark ages who could commune with God, and who, by the power of faith, could draw aside the curtain of eternity and gaze upon the invisible world . . . There were men who could gaze upon the face of God, have the ministering of angels, and unfold the future destinies of the world. If those were dark ages I pray God to give me a little darkness” (John Taylor, in Brigham Young et al., Journal of Discourses, 26 vols., reported by G. D. Watt et al. (President John Taylor, Liverpool: F. D. and S. W. Richards, et al., 1851–86; repr., Salt Lake City: n.p., 1974), 16:197–98.).

“…The great religious leaders of the world such as Muhammad, Confucius, and the Reformers, as well as philosophers including Socrates, Plato, and others, received a portion of God’s light. Moral truths were given to them by God to enlighten whole nations and to bring a higher level of understanding to individuals. Our message therefore is one of special love and concern for the eternal welfare of all men and women, regardless of religious belief, race, or nationality, knowing that we are truly brothers and sisters because we are sons and daughters of the same Eternal Father…”(STATEMENT OF THE FIRST PRESIDENCY OF THE CHURCH OF JESUS CHRIST OF LATTER-DAY SAINTS REGARDING GOD’S LOVE FOR ALL MANKIND).

“…Wherefore, I will that all men shall repent, for all are under sin, except those which I have reserved unto myself, holy men that ye 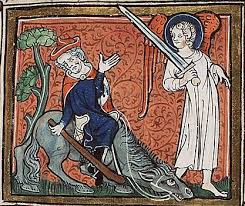 “While the Church of Jesus Christ of Latter-day Saints is established for the instruction of men; and it is one of God’s instrumentalities for making known the truth yet he is not limited to that institution for such purposes, neither in time nor place. God raises up wise men and prophets here and there among all the children of men, of their own tongue and nationality, speaking to them through means that they can comprehend. … Mormonism holds, then, that all the great teachers are servants of God; among all nations and in all ages. They are inspired men, appointed to instruct God’s children according to the conditions in the midst of which he finds them” (Elder BH Roberts, Defense of the Faith and the Saints, 2 vols. (1907), 1:512–13).

I believe Mormon theology does in fact affirm the existence of prophets outside of the LDS institution. So, this begs the question then, what makes Mormon prophets unique from those outside our tradition? Discuss!!

Numbers 24 (with the oracles) has the oldest Hebrew (as well as containing other markers of antiquity such as mentioning the otherwise unknown “Sethites”). Kugel says “because of their language and orthography (spelling), the blessings appear to be quite ancient” (p. 339)”

The earliest stage of the Hebrew language in the Bible is preserved by a few biblical poems. The usual examples of Archaic Biblical Hebrew (ABH) are Genesis 49, Exodus 15, Numbers 23-24, Deuteronomy 32, Judges 5, 2 Samuel 22 (which parallels Psalm 18), Psalm 68, and Habakkuk 3. Some scholars have tried to date these texts, but the evidence is only a relative chronology (not an absolute chronology).” (William M. Schniedewind, A Social history of Hebrew: Its Origins Through the Rabbinic Period (New Haven: Yale University Press, 2013), 71.)

“Several recent [as of 1988] examinations of the Balaam Narrative have tended to the conclusion that the Tale is a distinct literary entity, alien to the original Balaam Narrative and oracles as a whole-in other words, an interpolation” (Jonathan D. Safren, “Balaam and Abraham,” in Vetus Testamentum, vol. 38, fasc. 1 [Jan. 1988], 105). It seems like that would separate the early parts of the story (Num. 22) from the poetry and oracles (Num. 23-24).

“The tale of Balaam’s Ass is a “burlesque” of Balaam as presented in the main Balaam Narrative, and reflects a late, hostile evaluation of Balaam common to other biblical passages (with the exception of Micah 6:5).  “The present study will go a step further ad demonstrate that this parody [the tale of Balaam’s Ass] of Balaam was purposely modelled so as to evoke comparison, and at the same time contrast, with the Binding of Isaac (Akedah, Gen. 22:1-19). The Tale can in fact be considered a “reflection story” of the Akedah.”

Baruch Levine, in his anchor bible commentary on numbers, says that 22:22-35 is the “Tale of the Jenny.” It is a completely separate text, written well after the core of 22-24. It seems like it was meant to contradict 22:20, where Balaam specifically has permission to go with Balak, but then 22:22 says God was angry when Balaam went. Levine thinks 22:22-35 was written specifically to mock Balaam’s abilities…He thinks that 22:22-35 was written after Deuteronomy 23:5-6, because that is the first place one finds this negative view of Balaam. I’m looking to see if he says anything about the Hebrew.

“According to the interpretation to be adopted here, the Balaam narratives take their cue from the poems, but they reinterpret the issues reflected in them. The narratives represent a later composition, emanating from a very different circle of biblical authors.”

“The key lies in clarifying the particular perspectives conveyed, respectively, in the poems and in the narratives, and the themes and diction that inform each…It will emerge that the poems are older than the narratives and from a different environment. The narratives take up themes first introduced in the poems, and modulate then in significant ways…On this basis [the fact that both divine names Yahweh and El are use interchangeably to describe Yahweh] we would hypothesize that texts like the Balaam poems, though possibly originating in archives of the cult of El, the regional deity, were adapted by Yahwistic writers and reinterpreted to refer to YHWH, the God of Israel. Theologically, we would say that El merged with YHWH, with YHWH absorbing El.” Although he does not date this, the merging of El and Yahweh does not happen in the surrounding sections of numbers. This would represent a later use of the Hebrew names.

He doesn’t say much else specifically about 22:22-35 and the vocabulary used there. It is possible that the majority of the language is very much the same as the surrounding narrative. Levine seems to think that this section was its own stand alone composition. The only remarks he strongly makes about vocabulary is the El/Yahweh connection. …The best way to argue that 22:22-35 is later than the surrounding narrative is the contradictions in 22 and elsewhere that seem to be added later in order to force a view of the incompetent nature of Balaam. He is told to go, then gets reprimanded because he goes. He is then supposedly a prophet, but he is so blind and dumb that it is his donkey that has to point out the angel in front of him on the road. These points argue strongly that 22:22-35 were written later.

3 Thanks to Russell Stevenson for providing me with this quote.