Armand Mauss and the Coronation of Emperor Napoleon: The Politics of Graceful Dissent 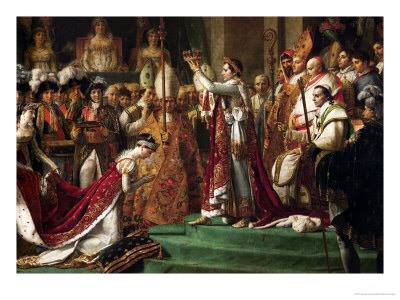 ARMAND MAUSS AND THE CORONATION OF EMPEROR NAPOLEON:  THE POLITICS OF GRACEFUL DISSENT

The role of academics is to complicate seemingly simple matters. Armand Mauss was a sociology professor for 25 years. He has written college curriculum in sociology. He was singled out by Mark E. Peterson in 1994 for publishing The Angel and the Beehive because it openly challenged the conventions of the church.  This was on the heels of the famous “September Six” and a period of high tension and suspicion within the ranks.  Nothing came of the threat, and Mauss’ book has since been lauded as one of the most important works ever to emerge in Mormon Studies.  He later helped develop the Howard W. Hunter Chair for Mormon Studies at Claremont Graduate University.

Mauss’ work is complicated, as academics tend to be. When most people say, “It’s obviously A,” the academic says, “Is it?”   I get that not everyone is interested in academic, or “high level,” discourse. I get that some people think nuance is a cheap way out: a way to avoid telling the “truth” in simple terms.  Back to Mauss: he was capable of publishing a book that effectively called out the church for becoming a shill for conservative religious fundamentalism because he was graceful and sophisticated in his approach and delivery; he argued unemotionally, which is a privilege that only comes from having done years of research to back up the arguments. To be able to offer such sharp critique while maintaining the dispassionate tone is not cowardice, rather it is poise…and it is a fine art.

Napoleon Bonaparte commissioned Jacques Louis David to paint several portraits of him. “The Coronation of Emperor Napoleon” (1804), one of his greatest works, depicts Napoleon crowning himself in front of Pope Pius VII. This depiction embodied an intentionally subversive critique of Napoleon, who crowned himself the new Emperor of Rome without the blessing of the Roman Church.  History states that Pope Pius was brought to France against his will.  The original sketch of the painting depicted the Pope with his hands folded in his lap, deliberately withholding any blessing of the coronation proceedings. David could have gotten killed for this.  It was outright slander and treason against Napoleon, depicting the power-hungry Emperor as receiving his authority from himself. I can only imagine the beads of sweat streaming down David’s face as Napoleon stood and looked at the final piece, reportedly for two hours, before turning to David and saying “nice work.”

Dissent can be healthy for a community.  To an extent, we need the dissenters and whistle-blowers.  We get too comfortable otherwise.  But “high level” discourse and civility carries further than muckraking.

All posts by Brian Whitney