How the Ancients Read the Bible 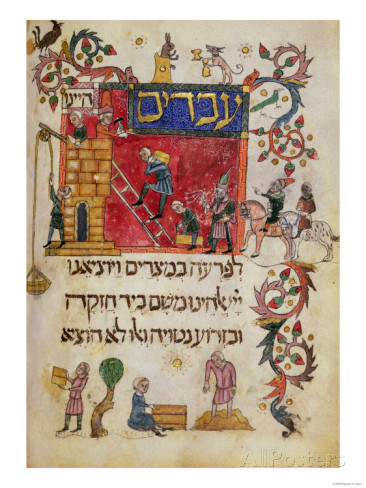 One of the things that creates problems when we modern folks try our hand at reading an ancient document is we automatically assume certain things about what that ancient text means, but also the role it played in its original context. Ancient peoples had certain expectations of their written works, and those assumptions influenced how they used a text to examine and interpret their world.

To take one example, in ancient and medieval times books were assumed to be read out loud. Reading silently was quite uncommon and considered a sign of high intellectual ability and prowess. I’ve discussed the place of reading, silently or aloud in more detail in another post on my personal blog.

Where the Bible is concerned, one big problem is the insistence of many modern readers in a strict literal reading and interpretation of the text. In fact, ancient readers tended to shy away from that kind of literalism, they made use of it, but not exclusively. The early Christian Father Origen of Alexandria established the idea that allegorical interpretation of scripture was the way to go, otherwise one was likely to end up in all kinds of absurd places. To be fair, the Rabbinic tradition was way ahead of Origen; they understood both the need to be flexible in interpreting the Bible, and held certain assumptions about the text that we clever moderns don’t know about. For Jewish religious texts in particular, we find liberties being taken that are crazy-making. To make your reading of the Bible a little less perplexing, I’m going to explore some of those assumptions and how they operated.

Before we do that, I should mention that the whole fixation with literalism we see today had its roots during the Renaissance, when scholars were attempting to make translations of the Bible into the vernacular. This led to a deeper and more detailed study of language, grammar, and linguistics in an effort to arrive at more accurate translations.

Now, let’s look at those assumptions that ancient Judaism held with respect to their sacred texts:

These assumptions manifest themselves in two forms of interpretation that make up the bulk of Jewish interpretive literature, particularly around and after the time of Jesus. They are called Pesher and Midrash.  Incidentally, if you want to learn more about this, I suggest you listen to episode 17 “Interpreting the Text” of my podcast, Discovering the Old Testament.

Pesher is both a method and a literary genre by itself. It works by trying to tease out those hidden meanings, often by paraphrasing the text. The hidden meaning is often referred to as the “raz” which is a word in both Hebrew and Aramaic that means “mystery.”

Pesher interpretation was and is a very popular method for reading the prophetic books.. Even though a careful reading of the prophets were not really into prediction as much as we tend to assume, there has always been that tendency to try to read them that way. Pesher likes to make reference to contemporary historical events.  An important function of Pesherim was to “contemporize” the scriptural or prophetic message, to advance the notion that the prophet was speaking to the interpreter’s time, and only that time. Another role played by Pesher was to validate and vindicate the theological stance of the interpreter or their community.

Incidentally, the prophecies related to Christ in the New Testament are classic examples of Pesherim. Even though when you go back and read the prophecies that supposedly relate to Jesus, one finds that they have nothing to do with him on the surface. But the assumptions we stated earlier make it possible for them to be bent to serve the idea of Jesus as the Messiah. Pesher is still alive and well; just go into any Christian bookstore and you’ll find examples of Pesher pressed into service to elucidate, for instance, the events that will mark the Second Coming.

Midrash, by contrast, it literally another story. Like Pesher, it is both a genre and a method of interpretation. A Midrash is an imaginative expansion of a biblical text used to make a point, or to supplement the text. For instance, as Rabbinic law grew in its complexity, cases and circumstances arose on which the Torah was silent. To address such a deficiency, a rabbinic scholar might construct a Midrash on a particular text in order to justify a new rule and give it authoritative weight.

Midrashim are always constructed on biblical texts. There seemed to be an understanding that the essentially unlimited authority of the Bible constituted a special case where most expansions would retain their moral and ethical vigor, even if the text was strained near to the breaking point.

A good example of Midrash applies to Deuteronomy 16: 20, which involves a repetition of the word tzedek, which means variously justice or righteousness. Remember, one of the assumptions of Jewish interpretation is that every single word in the bible is there for a reason.  Here is the verse: “Tzedek, tzedek shall you pursue in order that you may live and inherit the land that the Lord your God is giving you” (Dt 16:20). If the Torah contains no superfluous words, what could the second tzedek represent? The question can be answered by the following example of a … Midrash.

In other words, according to this Midrash the repetition of the word “Justice” means that while one may be once convicted, the next time one may be acquitted, and vice versa. Justice is a continuous process.

Now, obviously there are limits to this kind of interpretation, and the Jewish people ran up against some of those limits because of a body of intertestamental literature that interpreted Biblical prophecies as predicting a military overthrow of Rome. This led the Jews into two disastrous wars with Rome that effectively turned them from a nation into a scattered people. They abandoned most of the literature that led them to this point, but early Christianity, seeing in those books clues to their own expectations of the end times, scooped them up. A few found their way into the Apocrypha, the rest survive as Pseudepigraphic literature that exerted considerable influence on the early and medieval church, even if they were not considered canonical.

These matters of interpretation have obvious considerations for our own times, and the liberties we might take in reading holy writ. It is a cautionary tale that scriptural interpretation is only as good as the vision of the world one seeks to create with it.