An Email from Greg Prince 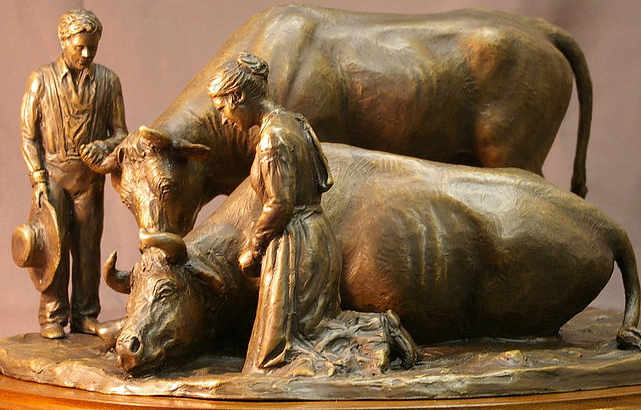 A few weeks ago I was asked to teach a lesson to the 14-15 year old youth Sunday School class about the Great Apostasy.  I reached out to Dr. Greg Prince for advice on how to approach this subject.  His response was so helpful, I thought it would be worth being a post itself.  Greg gave us permission to post his private e-mail to me. 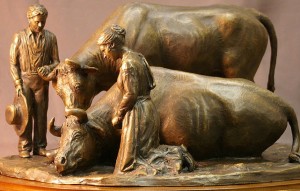 AN APPROACH TO TEACHING ABOUT THE APOSTASY

Were I to teach a lesson on the Apostasy, either to kids or adults, I would shy completely away from the notion of The Great Apostasy, which as I understand it from LDS Biblical scholars (the more honest ones, at least) cannot be accepted as institutional history. That said, the door is wide open to talk about apostasy as an individual phenomenon that immediately makes it accessible even to the kids. Let’s accept a dictionary definition of the word as a starting point: “abandonment of a previous loyalty.”

My best understanding of priesthood is actually the standard LDS one, but it is one that few understand even though they can repeat it: authority and power to act in the name of God. Those two parts are acquired separately and in quite different fashions. Authority is a legalistic concept, much the same as it is in a non-religious venue. For example, a Justice of the Peace (JoP) is given authority by the government to perform certain functions such as marriages, which then are recognized by the state as legitimate. It does not matter whether the JoP is a good guy or a bad one; as long as he is authorized by the state, his actions will be accepted as legitimate.

The same thing holds with LDS priesthood authority. Once ordained, an LDS priesthood holder may function in legal aspects of the Church, such as baptism, blessing the sacrament, etc., and whether he is a good guy or a bad one, the Church recognizes the legitimacy of the ordinances he performs. He may commit adultery on a Saturday night and perform a baptism the following day, and even if subsequently discovered for his sin, the ordinance is still considered valid. The Church may take disciplinary action against him, even stripping him of his priesthood (in which case subsequent acts are not recognized by the Church), but the recipient of prior ordinances is not required to repeat those ordinances.

The other half of priesthood, however, is anything but automatic. One seeks “power from on high,” as the ancient apostles did when told of it by the resurrected Christ in Luke 24, but there is no automatic claim on it. And it makes all the difference. Whereas a baptism is automatic, other ordinances such as blessing the sick are conditional. If the conduit to divine power is open, then the words of the officiator are likely to be fulfilled, even miraculously. If that conduit is clogged or closed, however, the officiator is likely on his own, often with disastrous outcomes. I have seen this, unfortunately, on many occasions, and it is nearly always the recipient of the bogus blessing who bears the burden of failed expectations.

So back to the original topic of apostasy. If you teach the dual nature of priesthood, with one part automatic but the other conditional, then you have framed apostasy in an individual context that will reach LDS audiences of all ages. Furthermore, if you wish to shift the discussion a few degrees, you can also make the topic immediately relevant to the girls and women, for they, too, can draw upon “power from on high” in the same contingent manner as the boys and men. Consider the following editorial from the Improvement Era (predecessor to the Ensign), and note the direction under which it was written:

“Can any one, without the Priesthood, pray and have his prayers answered? Or receive the Holy Ghost, with its gifts and manifestations?

May one have revelations and visions of heavenly beings, without the Priesthood?

Joseph Smith and Oliver Cowdery did so. In May, 1829, John the Baptist appeared to them, and that was before either of them had been ordained. It was John, in fact, who conferred the Priesthood upon them. This function of having visions, of course, was exceptional in their case.

If, then, one may pray, may have his prayers answered, may have the Holy Ghost bestowed upon him, and may exercise many of its gifts, without holding any Priesthood, what is the place of Priesthood on the earth?

Chiefly Priesthood functions in connection with organization. That is, the greatest need of Priesthood is where there is a service to be performed to others besides ourselves.

Whenever you do anything for, or in behalf of, someone else, you must have the right to do so. If you are to sell property belonging to another, you must have his permission. If you wish to admit an alien to citizenship in our government, you cannot act without having been commissioned to do so by the proper authority.

Now, a religious organization, or the Church, is in the last analysis a matter of service. You baptize someone, or you confirm him, or you administer to him in case of sickness, or you give him the Sacrament or the Priesthood, or you preach the Gospel to him–what is this but performing a service?

Now, when it comes to earthly power to perform a definite service, we call it the power of attorney in the case of acting legally for someone else, or the court and the judge where it is a question of acting for the government.

But in the Church of Christ this authority to act for others is known as Priesthood.” (“Priesthood Quorums–Why Priesthood At All?” [“All Melchizedek priesthood material is prepared under the direction of the Council of the Twelve”]; IE 34(12):735, Oct., 1931)